On Saturday January 18th, 2014 fans in Canada and the USA will be lining up at a participating hobby shop to get a FREE pack of UD NHL cards just for visiting. Also, at select retail locations fans can get a special 8-card sheet for free. That's not a typo..FOR FREE!

And since this is a special year with the double rookie class, Upper Deck has doubled the amount of rookies to appear in this set from five cards to ten! That's awesome. Collectors in Canada can chase down rookie cards of players like Nathan MacKinnon, Jonathan Huberdeau, Alex Galchenyuk, Nail Yakupov and Sean Monahan. While collectors in the USA can look for popular rookie cards of players like Tomas Hertl, Seth Jones, Petr Mrazek, Brock Nelson and Valeri Nichushkin. Meaning to complete a set you need 20 cards for both of each USA and Canada instead of the usual 10 to complete it.

Also available on National Hockey Card Day as a gift with any $10 purchase of current Upper Deck hockey cards is a special 21st bonus card for each set. These Memorable Moments cards feature two rookies each from Double Rookie Class. The Canadian version features Canadian-born players Jonathan Huberdeau and Nathan MacKinnon, while the American version features American-born players Alex Galchenyuk and Seth Jones. Who wouldn't want to add this to their collection!

Not to mention, these are not just base cards Upper Deck is handing away for FREE. Upper Deck will also be randomly inserting autograph cards for a handful of the players in the set in the packs as well!

Here is a small sampling of the gallery of cards you could get in these packs to wet your appetite til January. 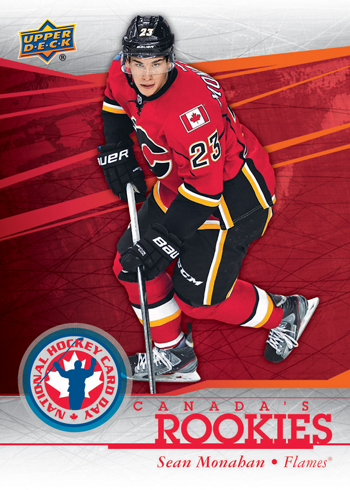 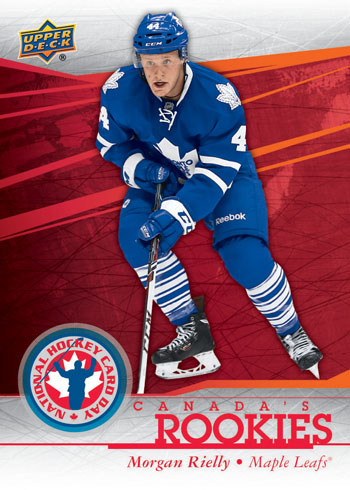 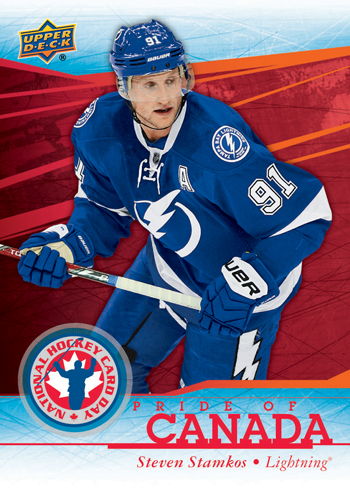 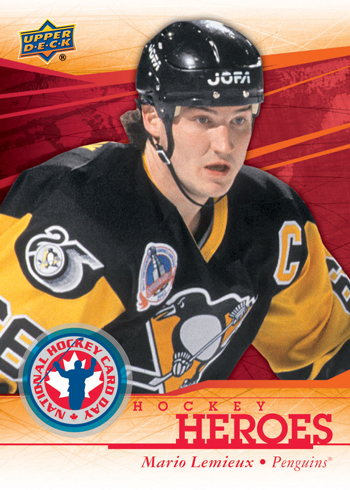 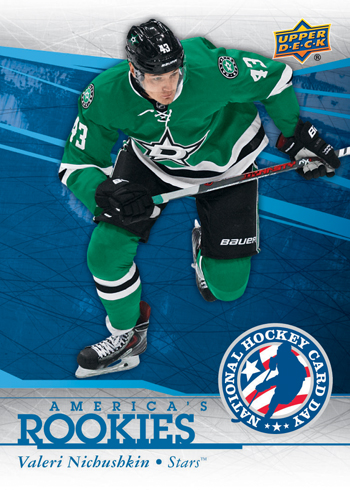 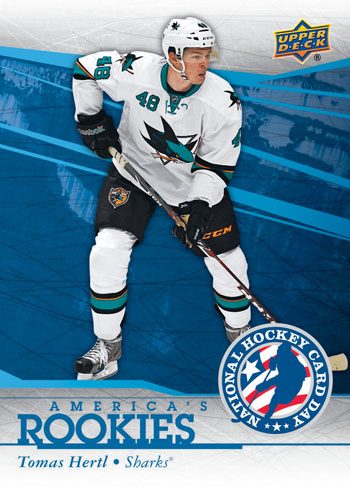 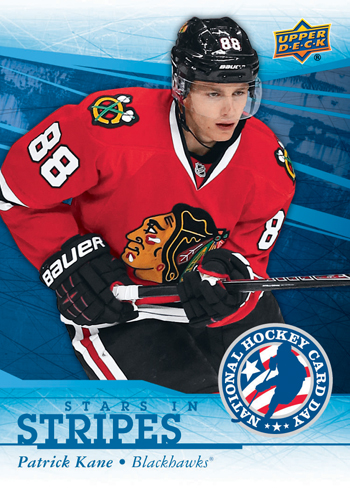 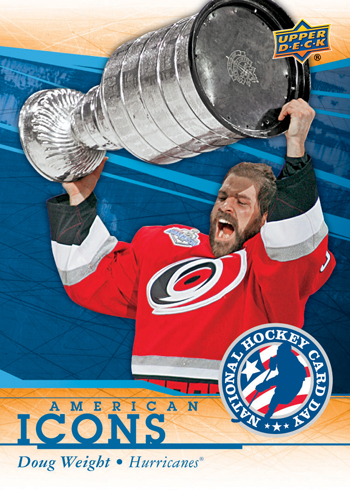 Here are the two bonus cards, #21 in the set for USA and Canada 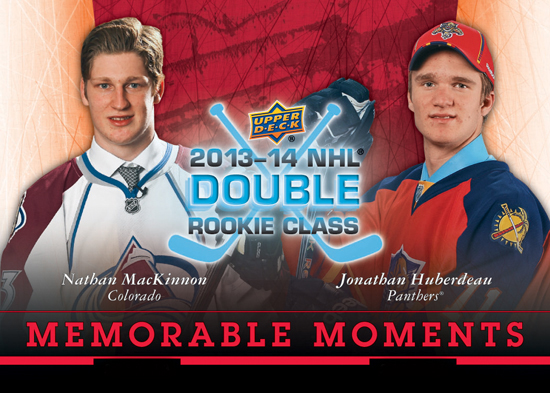 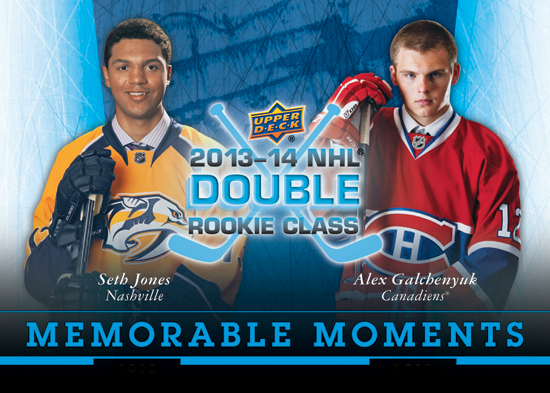 You can find more information on this National Holiday by visiting Upper Deck on FACEBOOK,  their National Hockey Card Page , TWITTER, or on their company blog: http://upperdeckblog.com/
Also let us know if you will be participating in January. Would love to hear about it!
at December 17, 2013