I got a box of 2011 Topps Jumbo Football as a late Christmas present from dacardworld. I was hoping for the same kind of mojo that I had with my other Christmas breaks. However, that kind of mojo wasn't found here, but honestly that wasn't really the ultimate goal when I had put this on my Christmas list. I really wanted to load up on some rookies from this class and think I did a good job of that.
Here is how the box break went. There were 50 cards per pack. 10 packs per box. So 500 cards to dig through. Also 3 of those cards were hits. For under $70 there was some value to be found. 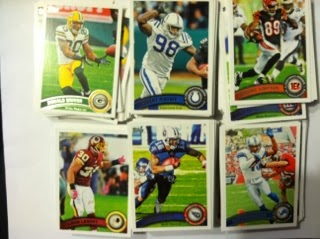 TONS of Base cards in a box.
There were about 30 per pack 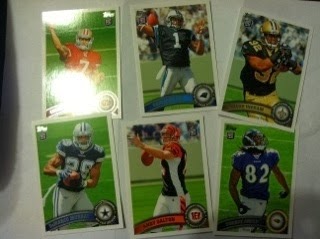 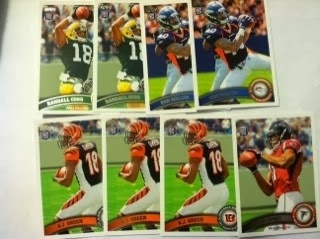 Rookies anybody? These are jumbo packs meaning there is about 10 rookies in a pack. Many doubles..but I am not complaining. Especially when they are top WR's AJ Green and Randall Cobb. 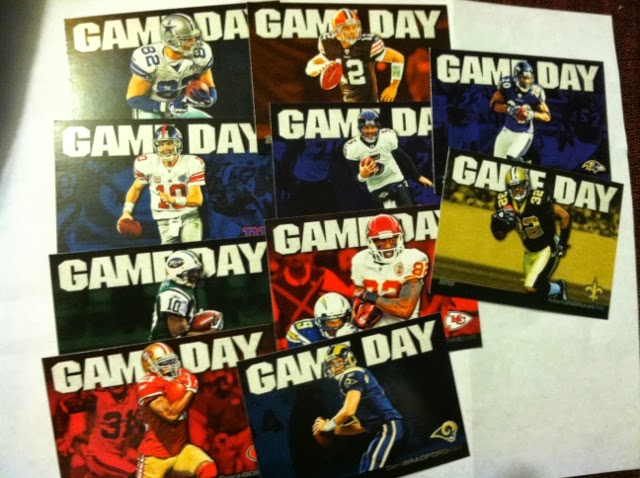 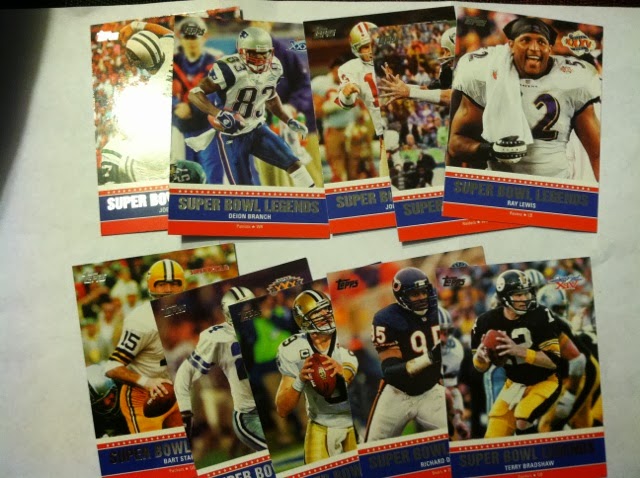 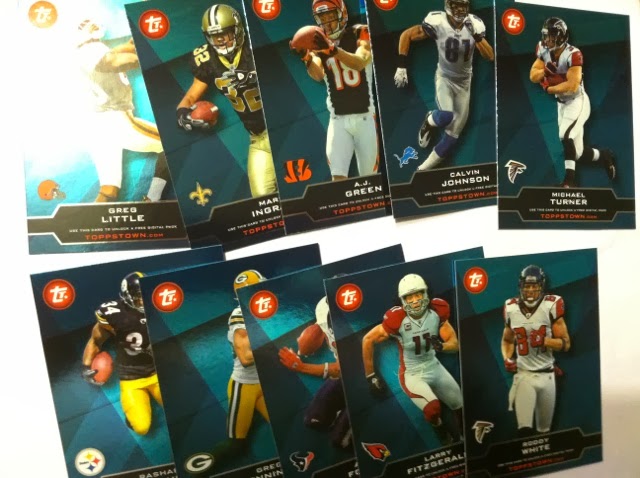 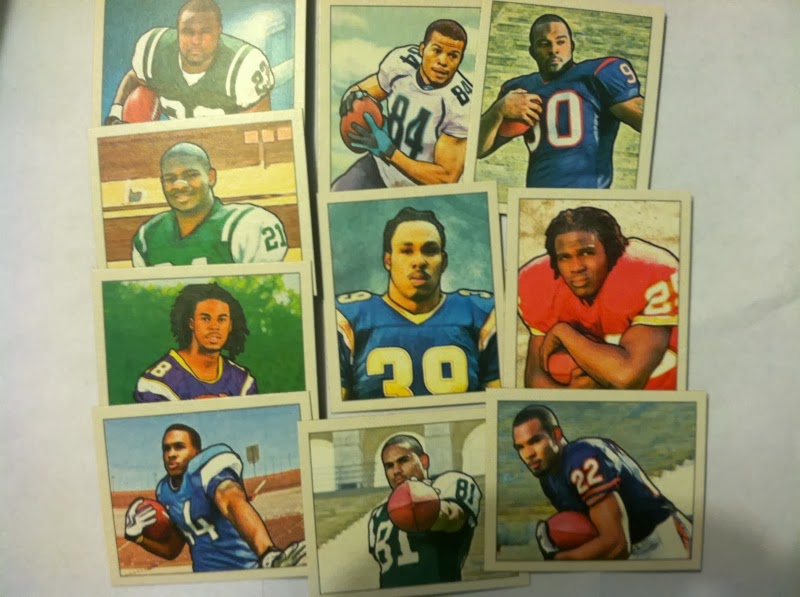 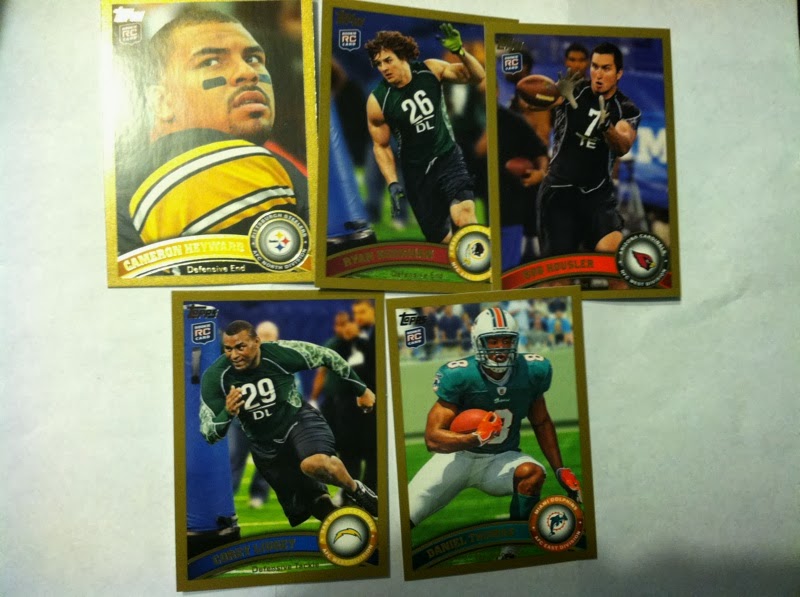 Insert heavy! At least a good combination of ten in every pack. 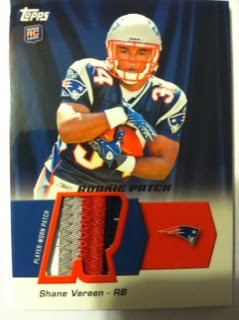 Really like these rookie patches! Some sweet swatches such as this one can be found one per box! 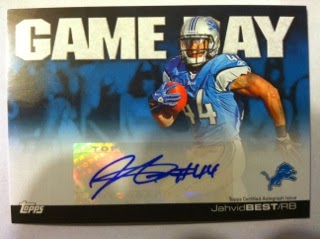 This wasn't the BEST auto I could find
Not pictured is another Lion auto that was a redemption for Titus Young. Once again, not a great one.
By far the best pull of the box was the patch card and the tons of rookies.
Let me know your thoughts on this break and if it's something that you have broken.
at January 19, 2014