In my premier of the 90's Rip Party segment, I opened up a hobby pack of 1999 Bowman Chrome Football to show you guys the contents. I mean who doesn't love themselves some chrome?

Bowman Chrome football 1999 had 24 packs per box with 4 cards per pack. It also had a 220 card base set featuring rookie cards of Donovan McNabb, Edgerrin James, Torry Holt and Ricky Williams to name a few. The product also had some of the more popular parallel chases in the hobby at that time with gold parallels, Gold refractors, Interstate, Interstate refractors, and regular chrome refractors so there could be a surprise in any pack.

Moving onto the break, the wrapper for Bowman Chrome featured the soon-to-be great Colts running back Edgerrin James as seen here: 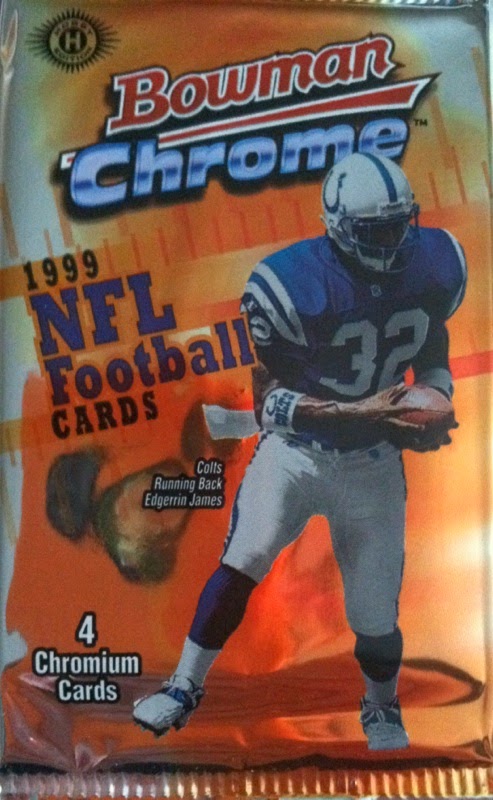 The base card design was one of the better ones for Bowman Chrome over the years. It captured player shots with a football appeal on the top and bottom border, which the bottom border also had the players name and team logo. Finishing up the card on the right hand side was the players team and position. 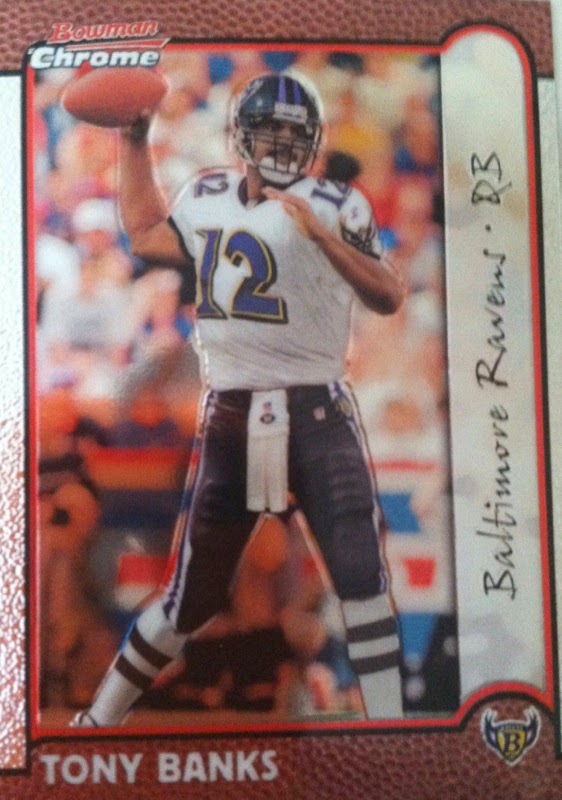 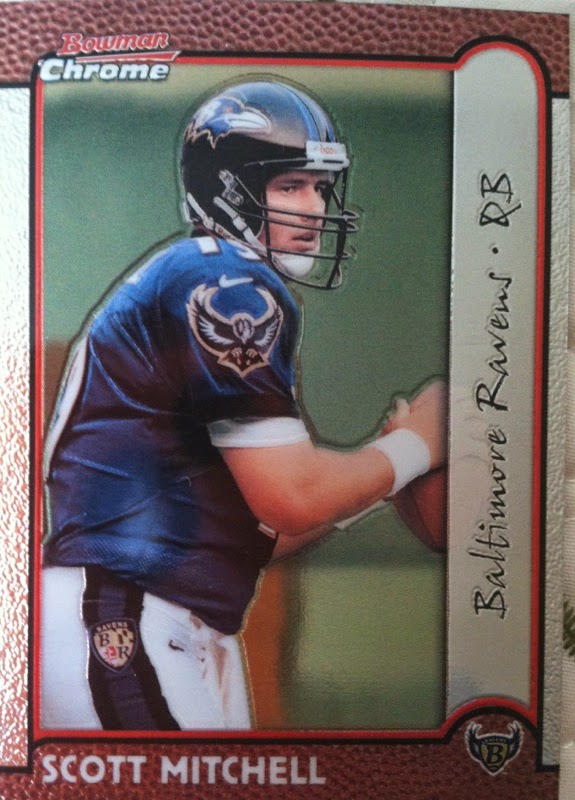 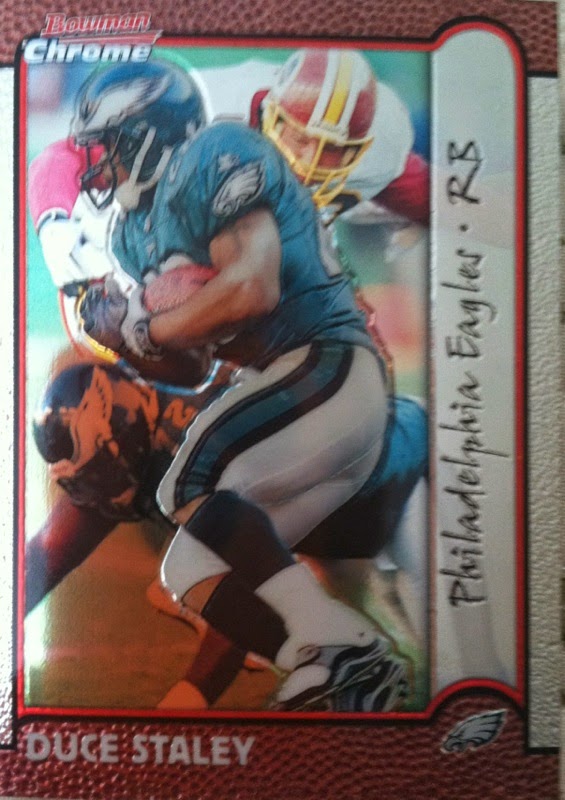 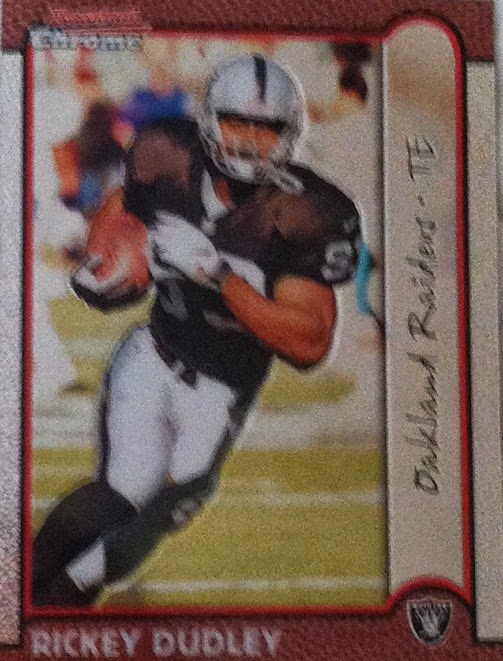 Not a lot of star players in this pack but I enjoyed the rip party not knowing what I could get and looking at the design with the chromium technology is an eye pleasure in itself.

Let me know your thoughts on this rip and if you remember Bowman Chrome 1999 and how you did with the product.
Comments are always encouraged here!
at March 31, 2014