What's In The Mail Box?

Well, I know I said I wouldn't be doing anymore of these, but I decided they are fun. Who wouldn't want to see what's in someone's mail box? Especially when it involves cards. I must say though before continuing on with this post, that even though I brought this back, there may not be many of them. I haven't seen much action in the mail box recently. Anyways, onto this very exciting mail day!

This mail day is broken down into two separate ones, one is from an awesome Sport Card Collectors fan and the other is from a Twitter contest I won.

First I am going to show off the mail day from Sport Card Collector's fan and avid Facebook poster, Grady Malachowski. Grady, has posted a good amount of breaks he has had luck with on my Facebook wall on Sport Card Collectors (if you haven't LIKED the page yet ask yourself why) and a few of those breaks had Giants cards within.

Knowing that I am a Giants fan, Grady posted on my wall that he had a couple of Giants jersey cards to mail me and asked for my address. Within a couple of days these two great cards arrived: 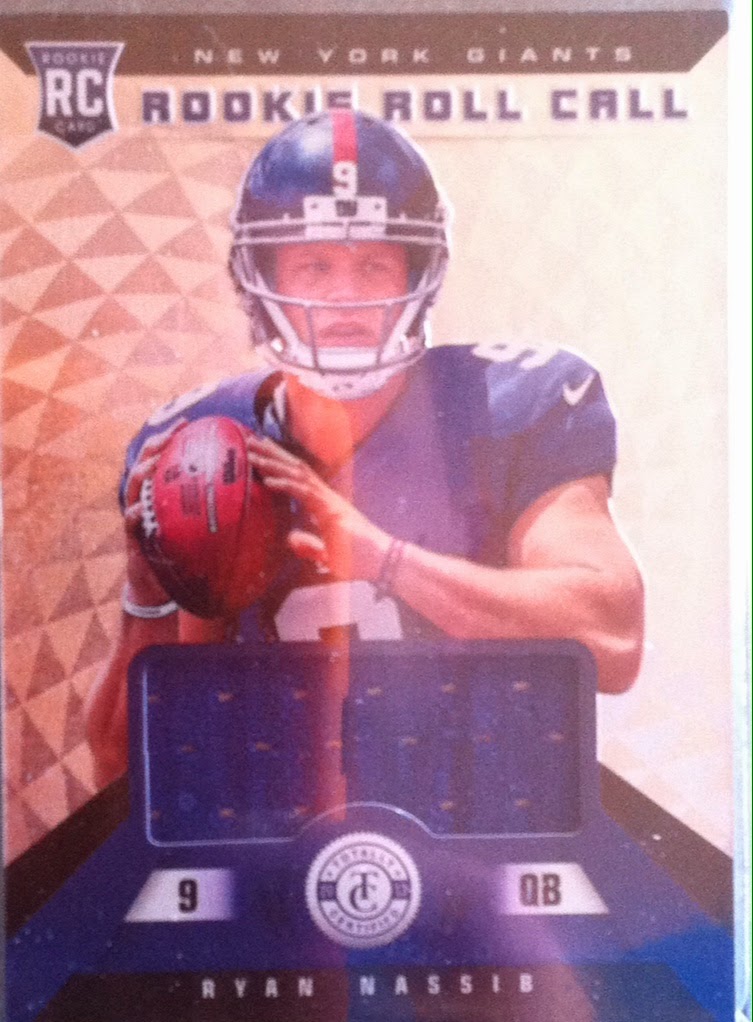 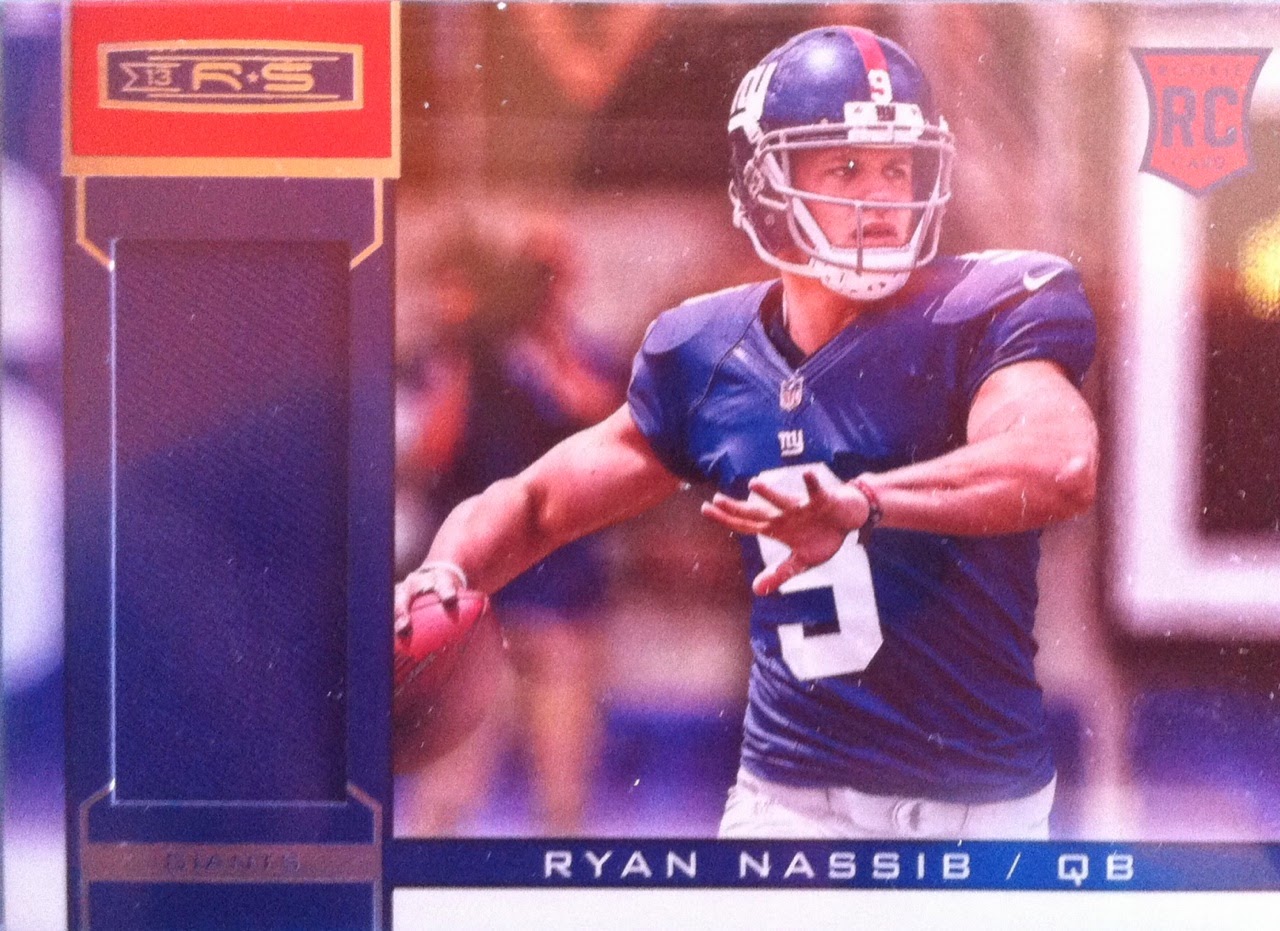 I thought this was an awesome mail day and had to post about it. Thank you Grady for these sweet cards they are heading straight to the PC! People like Grady are great for this hobby and I am not saying that because of my mail day. He has also posted in the past about being a mail man and #PayingItForward by giving commons out to kids on his mail route. If only we all did that.

Once again Grady, thank you!

Now onto the second part of this mail day, I recently won a Twitter RT contest from westTOcardshow.com, which is a HUGE card show that is hosted on a weekly basis in Toronto and also gives away WAYNE GRETZKY ROOKIE CARDS weekly at the show like they were Halloween candy, and got myself my first TRUE rookie card of star Sidney Crosby from BeeHive 2005-2006: 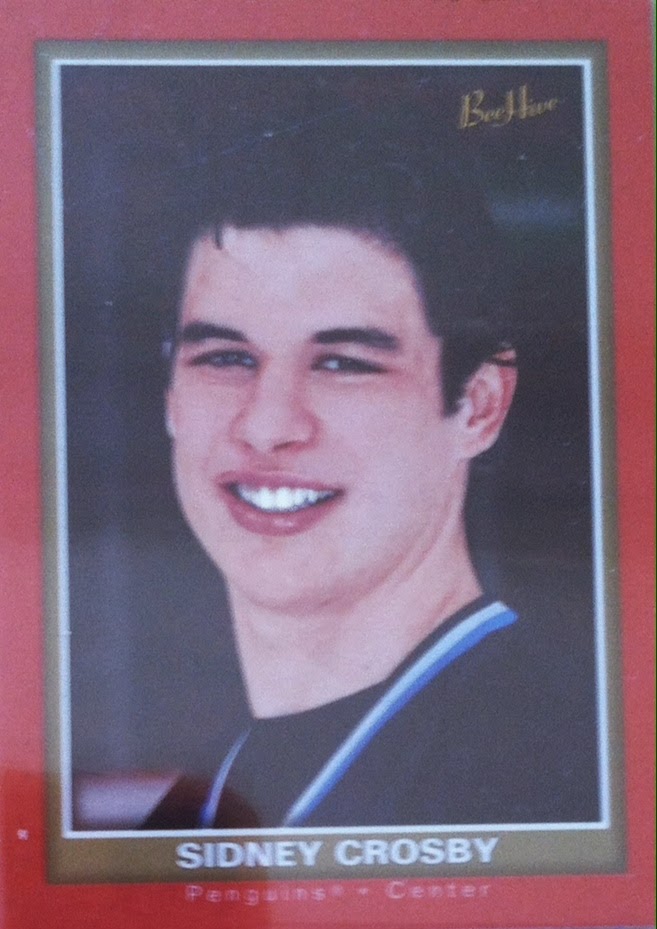 Though, he is no Wayne Gretzky, and yes they gave those away and will give more away on Twitter in which I REALLY tried to WIN ONE, honestly who wouldn't, it is still a great piece for my rookie card collection.

So I just wanted to say thank you to westTOcardshow.com for their generosity to not only me but to all collectors. I mean, who in their right minds gives away Gretzky rookie cards like that?!

As always, thoughts on these mail days are always welcomed!
at May 20, 2014