A few weeks ago, I completed a trade on Twitter with Tracy's Box Breaks, @batcavelv, and this is what I got in the mail. This trade stemmed from a couple of cards he tweeted out on Twitter that I really wanted and now have along with a few other great ones I traded for too. I was also lucky enough to also have something that he wanted in return for the cards and in the end we were both really happy with the deal.

Now onto showing it off!

My first Baez (x-factor), a cool Jeter for the PC and a Machado/Bundy dual rookie card. 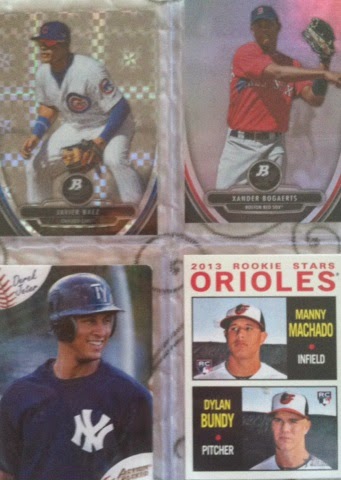 I always like Elite Extra Edition autos. I guess that's the partial prospector in me.

Odell! My first jersey card of him. Now if he can only get on the field! This was one of the two cards he originally tweeted. 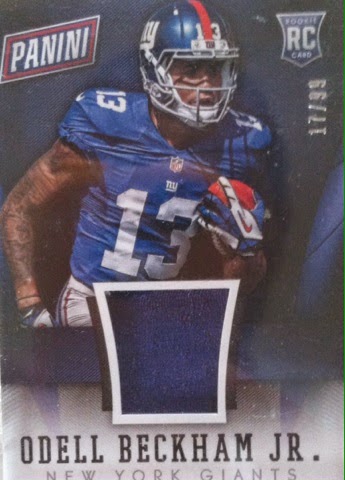 The Schefter is the other one he tweeted out. I love getting these Ginter relics of non-sport stars. I have watched Schefter since his time at NFL Network so I found that to be a unique piece to have. 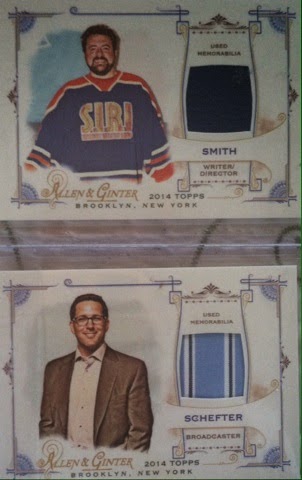 And then came a big surprise as he threw this card in for me. He knew how much I enjoyed collecting Letterman. 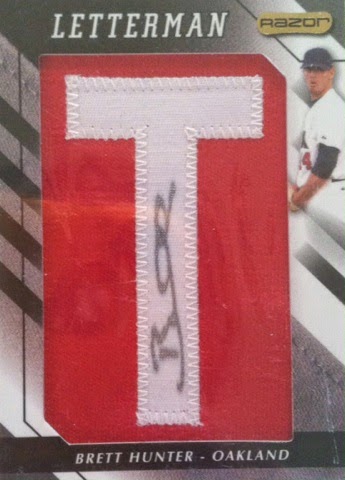 I am very excited to be able to add this stuff to my collection. It helped fill some needs and some nice PC adds.

Thanks again to @batcavelv for the trade. I look forward to doing more deals with you in the future. If you have Twitter and are not following him yet, please do. He is great guy to talk the hobby with and a tremendous TRUSTED trader.
at October 09, 2014