Recently, I have decided to step outside my usual closed shell with trading and expand it. I was only trading with a select group of fair/trusted traders but recently I have been seeing some pretty sweet items come across that I just "needed". But, before I would make any trades, I would still do my research on the possible trader before I made my move.

My most recent trade was with a newbie in my circle in @6000ftw on Twitter. He was someone I didn't need to do research on as a longtime follower and someone I have seen make trades with my trading partners. This was a no-brainer.

Tim is a Bengals fan so I thought an Andy Dalton 5x7, at least in my mind it was roughly that size, autographed photo from Panini would be up his alley and it was. Up my alley was more additions to my Giants, Andre Williams and auto rookie PC's.

So for the Dalton I was able to acquire everything that I had wanted. Up first, this Black Gold Eli Manning base card. I really love this product. 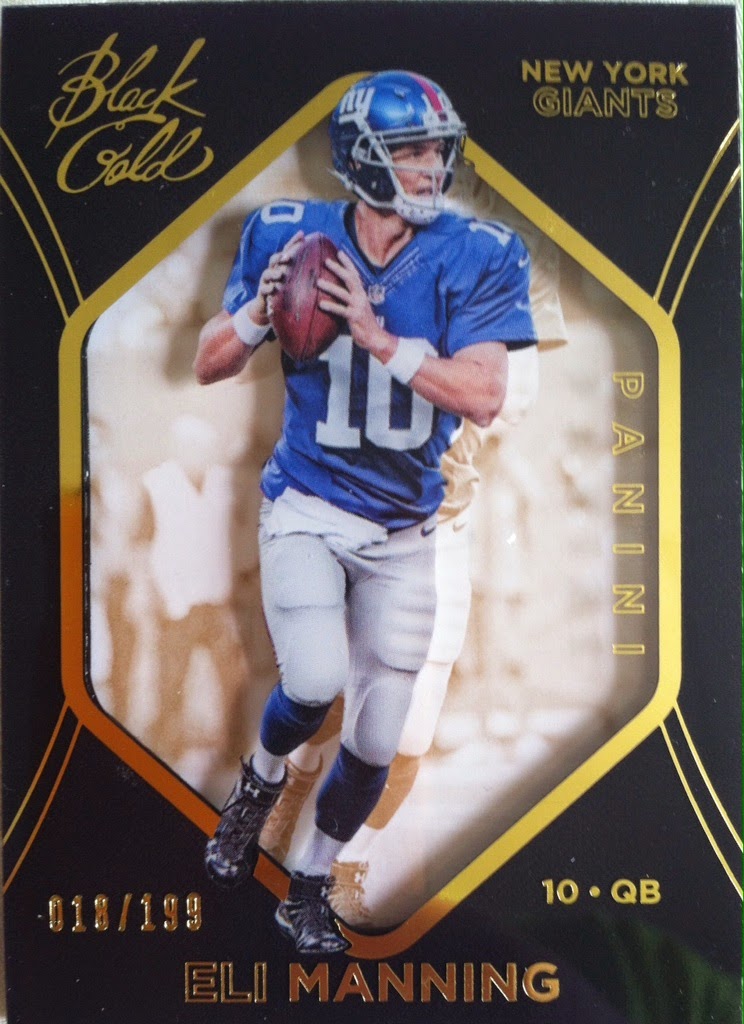 Second, a Deandre Hopkins Score Rookie autograph. I had been needing his auto despite his awful initial signature of DH. 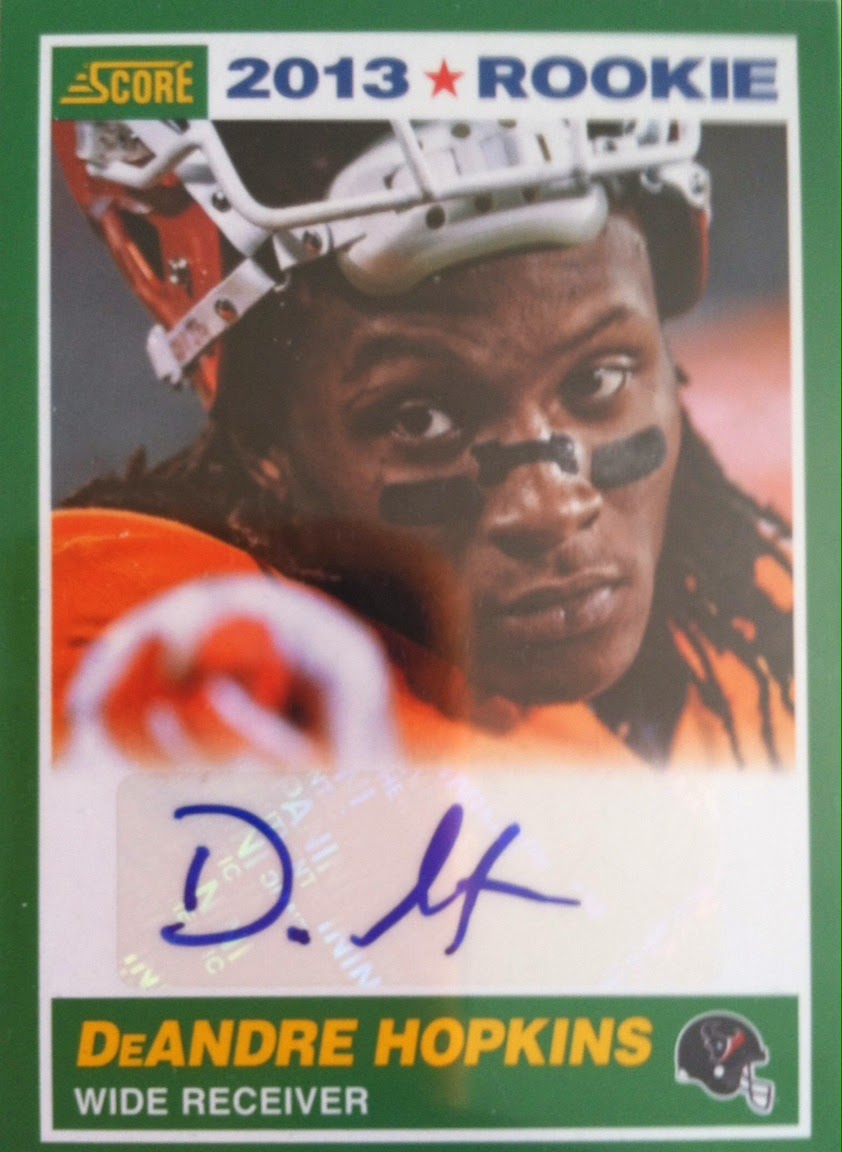 Then more Black Gold. After pulling two team symbols in my box I broke, I really needed a Giants one and landed one with the salsa dancing Cruz! 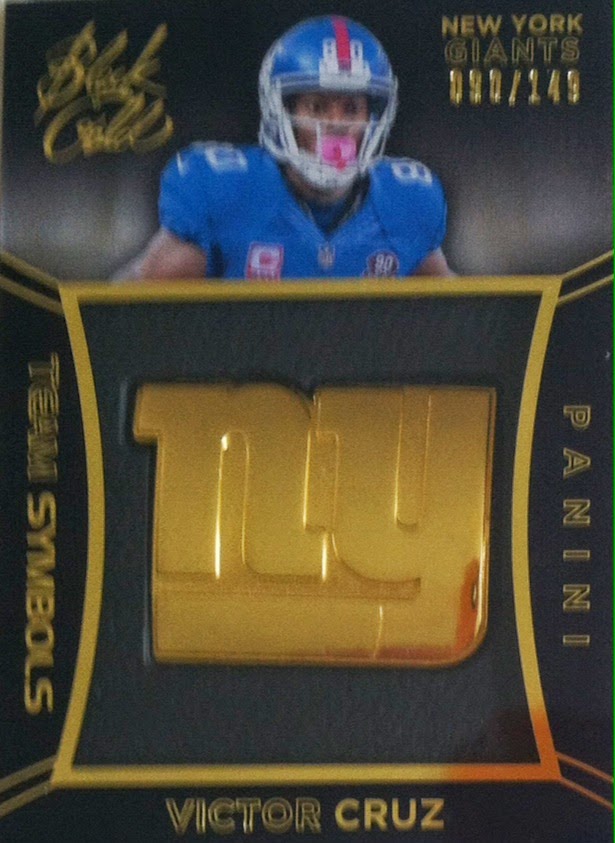 And finally, another Andre Williams autograph I didn't have. 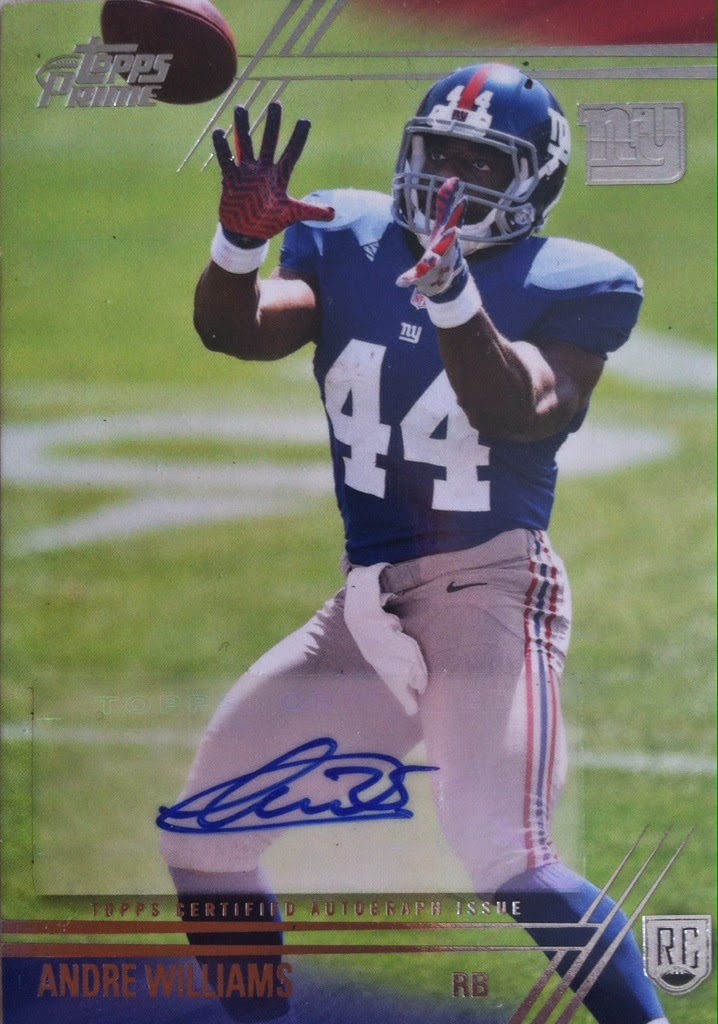 Overall, very easy trade and a great new trader I can add to my circle. I am also very happy with adding these cards to my PC. Hopefully we can do another future trade as well.