In 2005, the New York Daily News distributed these in their newspapers one Sunday. It's a 2005 Upper Deck uncut sheet. It was great seeing these be made by Upper Deck and their amazing photography.

The New York Daily News is one my favorite reads and these were definitely an added bonus especially with the likes of Jeter, Matsui, Posada and Torre. Notice how I left off A-Rod, he still doesn't exist to me. Once on the steroid list, always on it to me. Anyways I found it a unique collecting piece for my Yankees PC. So much that I picked up two that Sunday. I actually haven't ever seen any free cards in a newspaper since. 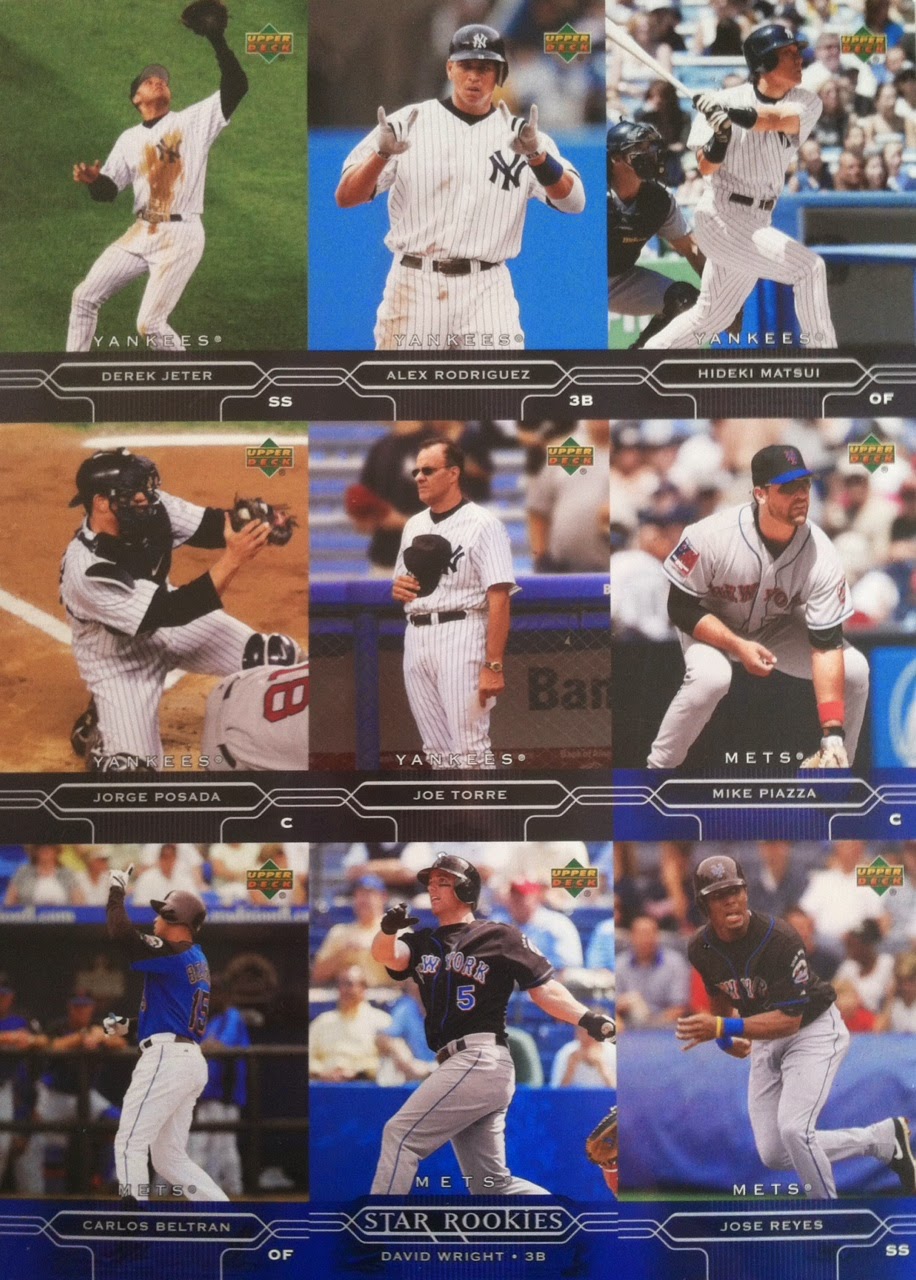 Back: I like how they put the two managers back to back. 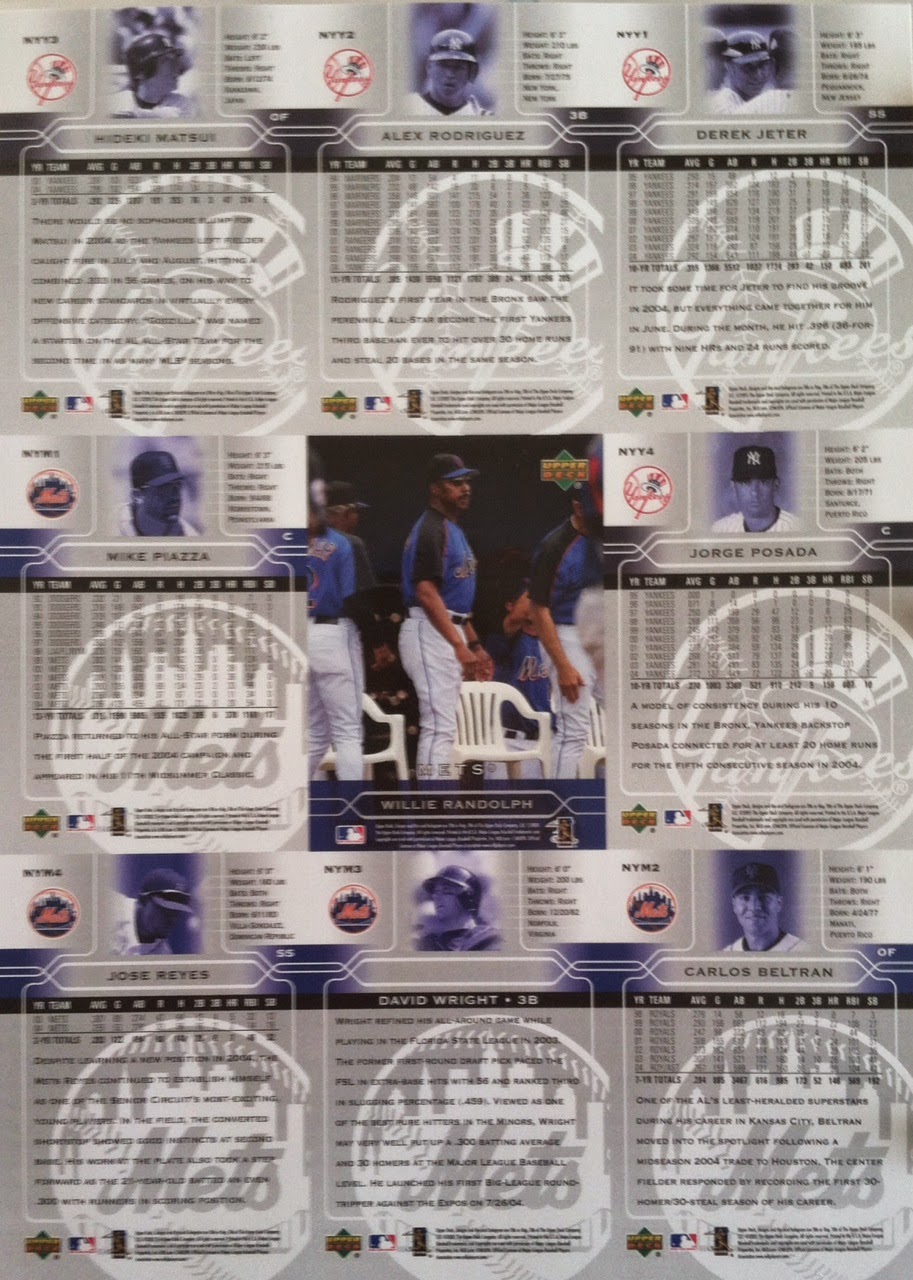 The first two games of the series have been good, especially the first one haha. The Mets look good this year and the Yankees have played a little better than I expected. Should be a great finale tonight. The biggest question is, which of these teams could we be seeing play in October? Could they face each other like in 2000? Once the baseball playoffs begin, you just never know.