Autograph Pickups...Real Or Fake? Some HOFers!

Around Easter, a former middle school teacher of mine contacted me and asked if I still collected sport cards. My quick answer was yes, then I also added in a why? She responded that her son was moving off to college and wanted to unload some, not all, of his sports cards and wanted to know if I was interested. Of course at that point I had thrown the phone to the floor and drove like Jeff Gordon to her house. Just kidding. However, I did meet up with her the next day and made an offer which she accepted after contacting him and the cards became mine.

When making my offer at the time, I only managed to rumble through a few things. There was a decent amount of 90's goodness, basketball, baseball, hockey and football cards mixed within. A lot of good variety and a few unique items that I couldn't just let go. Don't worry, I hope to show the rest off in future posts.

While you wait for those posts, I wanted to jump directly to the meat and potatoes of the lot. These are all hard-signed. The biggest question I have is if they are authentic. My assumption would be yes and I would assume upon asking my former teacher about them, he must have gotten them as TTM as she said he got them authentic online. If this is true, these alone were a nice score. But, I will let you guys be the judge.

First off, is Pat Burrell 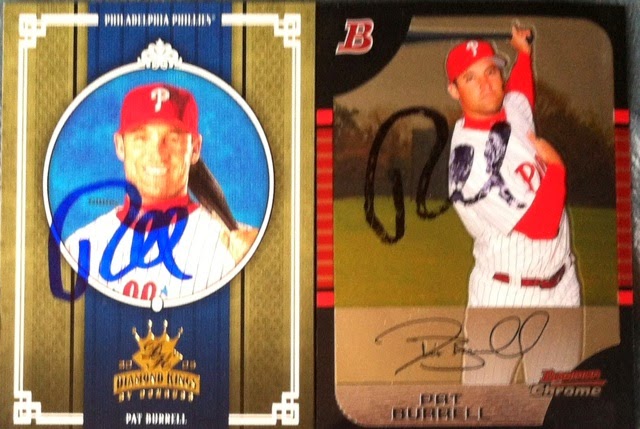 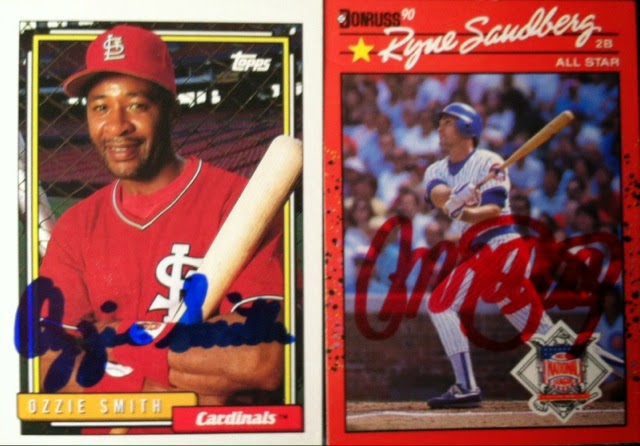 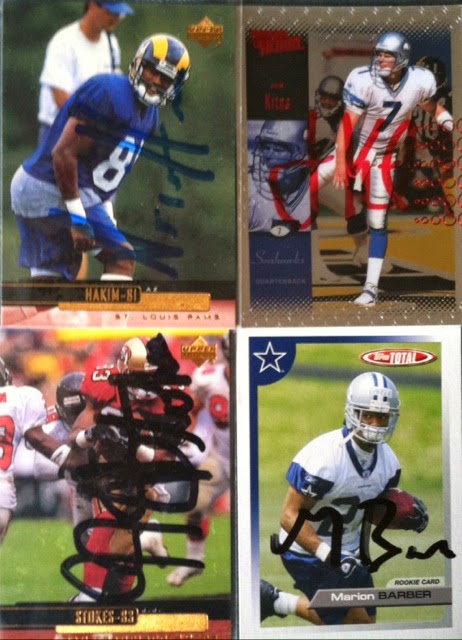 Speaking of Chris Carter, he is here as well! 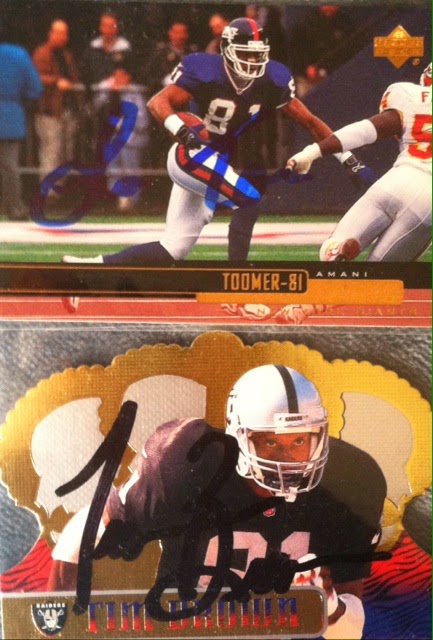 I was excited for these. Warrick I had wanted an auto of from the 90's fame, Marvin Harrison is probably the greatest Colts WR ever and Joey Galloway was a fun speedster to watch.

And to finish up the autographs is the one and only Corey Dillion. This guy could certainly run and put up good numbers. 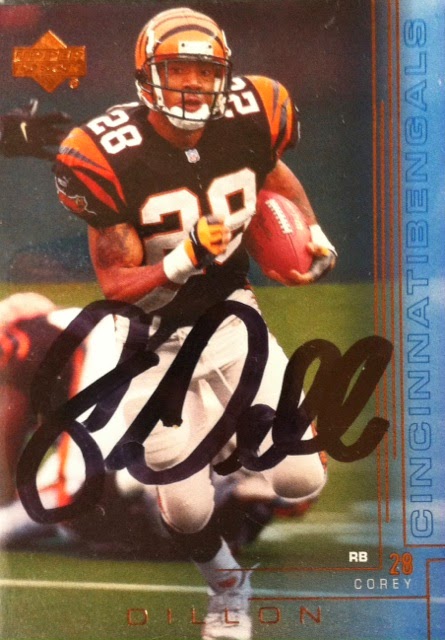 Now the only thing left to do is find out if these are real. That's where I would like your guys opinion who may or may not have seen these guys signatures before.

Here is what I see. I find it odd that most are done in the same sharpie colors and thickness. Not unless he had gone to a card show somewhere the athletes were signing. The Chris Carter isn't done like the rest as it appears sharpie pen was used. I find that to be a bit positive. The Jake Reeds were done in two different colors and one is sideways, however the signatures match. Pat Burrell's autograph doesn't match the one on his Bowman Chrome card but that doesn't mean he didn't sign it differently. Those two signatures match. And just looking at each of these invidividually, it seems each auto has it's own unique way it was signed. It wasn't like all of the S, H and letters were done the same way or have the beginning or ending tail of a letter.

I am hoping these are authentic cause of the great players that are here. I honestly can't see a someone sitting down and wasting time signing these cards but I guess you never know.