A little info on these:

FEATURED CARDS:
These are players that just plain scared me when my teams played them. They always found a way to shine when the Giants, Yankees and Knicks were the opponent.

So many times Jordan took down the Knicks, so many..... 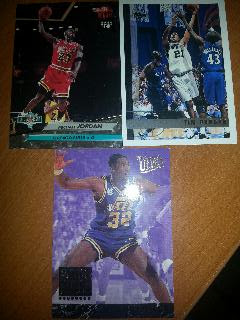 Every time Deion was on the field, the Giants found him unstoppable especially in the return game. 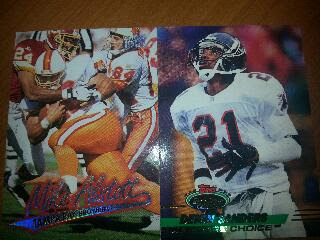 When I saw these guys batting, despite the good Yankees pitching in the 90's, they scared me. 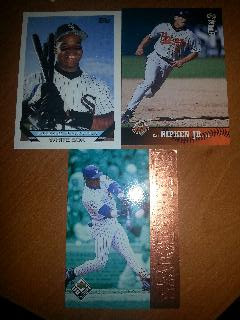 These are just a few of the players I could have gone with. I almost grabbed Tim Hardaway or Reggie Miller for the Knicks. The Giants could have shown Brett Favre or Emmitt Smith and the Yankees could have had Mo Vaughn among others.

I also could have taken this whole scare part another way as well. But stay tuned for that, there may be some more Ghost busting to do!!!
at January 16, 2016