FEATURED TOY:
Known for his role as Darkwing Duck's sidekick along with Scrooge McDuck's sidekick in Ducktales, it was always a bit odd for me how Disney put him in both shows but supposedly Darkwing was a spinoff of it. Still, a bit odd. Either way, despite not always being in the limelight and being a bit of a goofball, Launchpad did show his heroism a few times and would come to the rescue. He may not have been the star, but Launchpad had his place on both shows in the shadows. 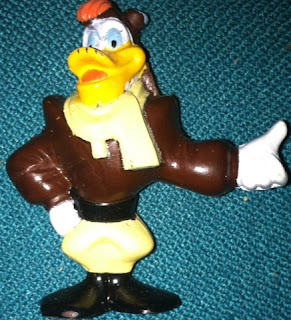 FEATURED CARDS:
Speaking of players playing in shadows, I always felt these guys were top notch players. The problem was, they never quite got the recognition.

I used to have nightmares when Mo Vaughn would bat for the Red Sox when my Yankees played him. That guy could seriously hit a ball. It's sort of the way I feel now when David Ortiz bats.

Belle, Delgado and Walker I felt were underrated as well. 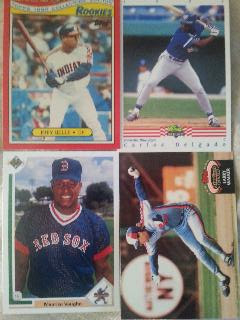 Carl Pickens wasn't a household name, mostly because of where he played, but that guy could catch with the best. Jake The Snake Plummer led the Cardinals to the playoffs..Sharpe and Rice were also dominant at their positions but didn't quite get the hoorah as everyone else. 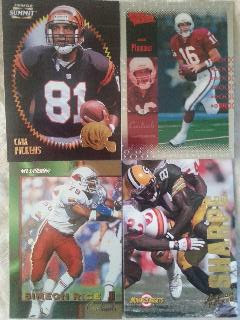 That's why I am leaving it up to you to fill a few more in. Who do you feel was "great" but didn't get the recognition because of where they played or who they played with?
at January 30, 2016