A couple of days ago, I posted about my vacation where it's my only time of the year to get to an LCS, and how I made a second appearance. Luckily as I said in the last post, I was good friends with the shop owners and they were able to give me a solid deal on a hobby jumbo box of Score. Cause one taste of it wasn't enough.

First off, my key rookies. I am still lacking a Wentz rookie this year. Glad to get my first Adams rookie for the Giants. Heard he could be a beast. 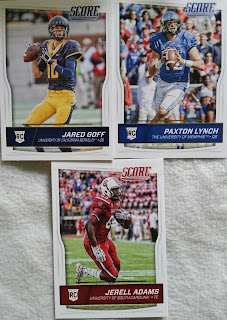 My first insert was a unique one. It's one of the Pepsi Rookie Of The Weeks and I got a great one in Jameis Winston. 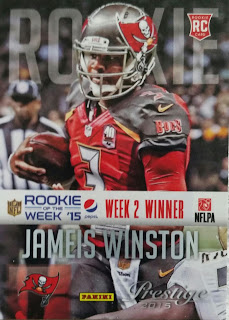 Up next, Jared Goff RED NFL Draft card and a /20 parallel of Chris Ivory Franchise insert. 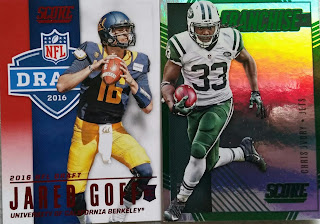 Tons of colored parallels in Score this year. All of these are /99. 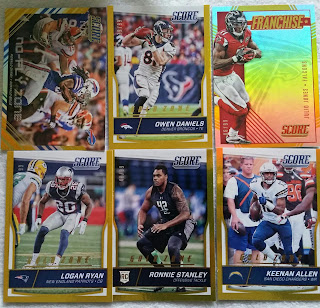 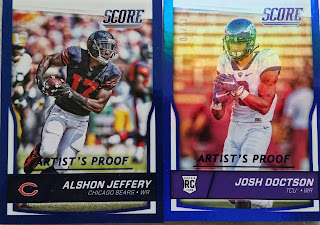 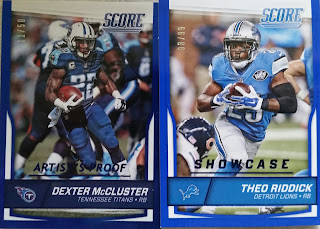 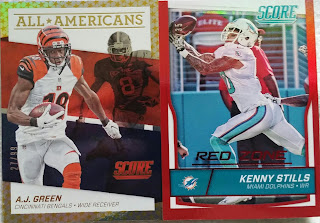 And now the hits. I was really impressed to get 4 autographs and no jersey cards. I was told this is a common thing in this years Score. My first two autographs had me very excited. I just wished I could predict the future so I wouldn't had already bought an Score Apple auto, but I guess two doesn't hurt. 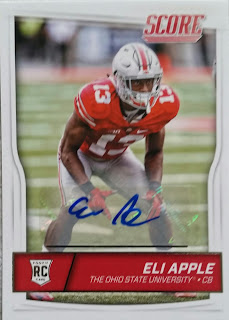 Paul Perkins is an autograph I had wanted. Getting two out of three of the Giants autos I really wanted was awesome. 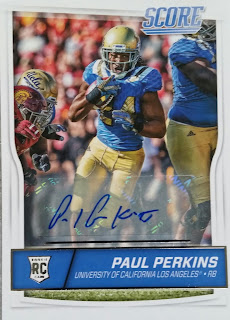 Heard this guy is supposed to be good. But, I will admit, I am not a fan of pulling the defense guys. I don't mind if they are Giants ones, but not other teams. Hopefully this guy will be good to make this pull worthwhile. 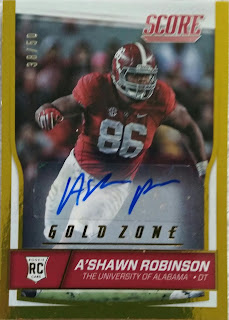 And to end it, my 2nd first round pick auto of the box in Washington's Doctson who seems to make an appearance every time I open a pack. This one is /50 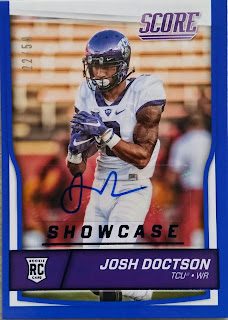 Overall, a very solid break and one that I was very happy with. This years Score is just as good as 2013's except this is a better class. The combo of Hot Rookies parallels added to Score is a significant improvement over the bland parallels that are usually included. I hope that Panini improves on every NFL product like this one especially now being the only NFL licensed cards out on the market.