Week 1 of the NFL is over to me, tonight's games play no role in my NFL world.

The Giants played sloppy on defense, but made the stops when they needed to in the red zone and at the end of the game to hold onto a 20-19 win and give coach McAdoo his very first win as head coach. A big one.

This guy right here lived up to his expectations making a few catches and one great snag for his first NFL TD. So glad I picked this up in a trade recently: 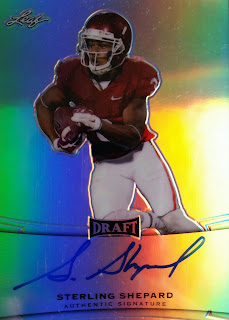 And the game winning TD catch, came from a guy that hadn't made a catch in almost two years due to injuries. So it was great to see and something that I know he has worked hard for so kudos to Victor Cruz for being able to dance the salsa again: 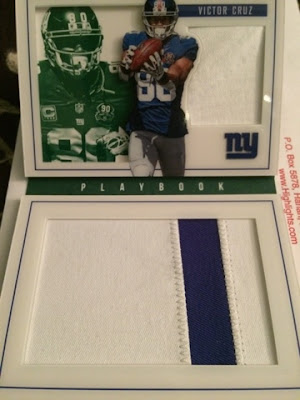 As for my Fantasy, well both of my teams lost unless Big Ben and Brown get hurt tonight or it ends in a 0-0 tie. Not a great start.

Not much of a better start in my NFL Pick Em leagues. I am in 5 and all 5 had an average of 8 games right. Once again, not good.

So there you have it. A quick Week one recap. The Giants play the Saints next week and I fear what Drew Brees is going to bring so I am hopeful the defense can step up their game a bit more. As do I hope to step up my game a bit more in my NFL Pick Em picks and make some changes to my Fantasy Teams.