There isn't many of us left that do it and I can't say I do as much as I used to, but set collecting remains in my hobby blood.

A lot of what I do now is chase down my favorite sets of the 90's from multiple sports. As you have seen I have done that with my 90's Spx Project that is still a working progress but now I am turning my focus to an Ex Project.

I have already completed both the 1997 Ex2000 and 1998 Ex2001 football sets, but now I am chasing down baseball. There was just something about those two years of Ex that was spectacular. The cards other than the Spx were probably my favorite base of the late 90's

If you need a refresher on which one was the Ex2001, it was these. Try not to drool too much on your keyboard.... 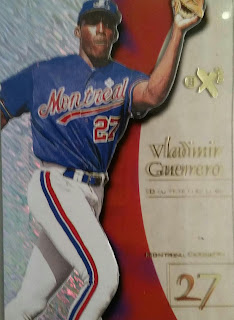 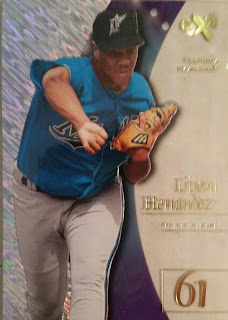 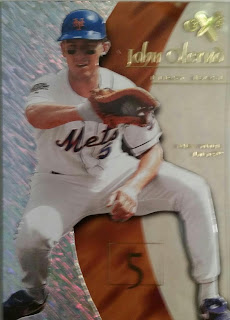 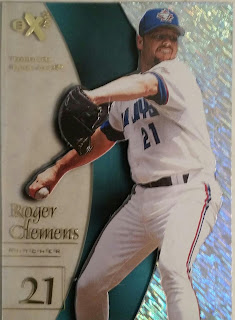 Even though I do like the Ex2000 a tad more, there is nothing wrong looking at these either. I think my only issue was the gold foil that would sometimes rub off from the acetate over time. I only had a couple that did that. The overall design though, very nice. I was glad when Upper Deck  mocked it in the retro product, but nothing is like the original. I hope to knock this one down off my set wants.
I have a good start on this set, but still have plenty of needs. I have my set numbers written down and at some point will update this post with them. I just need to double check on a few cards. I WILL HAVE THIS AS A TAB AT THE TOP OF THE BLOG WHERE YOU CAN LOCATE THE TWO POSTS WITH MY SET NEEDS.