I can't say this enough, this year has been a total tough year when it comes to finances. I plan on doing a series in 2018 among other new changes to the blog about this topic and how I survived the hobby. I think it will give good insight for those that may be struggling the same way.

Well, one of those topics in that series as an early preview will be about trading. This year I have exploded onto the trading scene accepting trades with new traders and throwing myself out there which typically isn't me. I am not sure how many new traders I have added this year but I will by years end.

One of my new recent traders is @ccummings36 who posted some cards on Twitter he had available for trade and many I had interest in. Especially one biggie we will see at the end of this post. I was glad that he and I were able to work out such a quick trade.

Up first, I will show off the many cool freebies he tossed in. My first rookie cards of Bobby Hart and I think one of my first inserts of Tomlinson.

A sick Sterling Shepard in the Giants color rush uniform and two new Landon Collins including a Clear Vision rookie.

A couple of Prestige I didn't have. 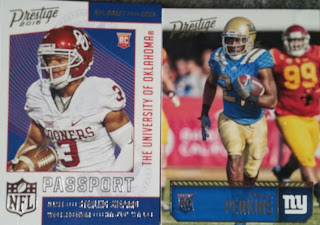 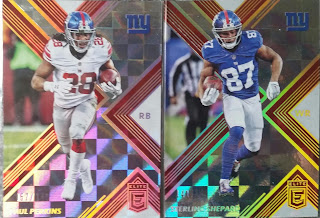 My third Brandon Marshall in a Giants uniform. It appears Panini used the same photo on all three cards. 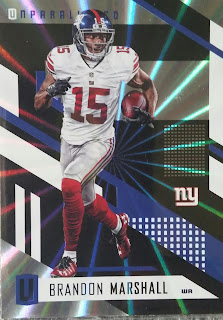 Whoa! A bit trippy but my first Damon Harrison rookie cards! Parallel ones at that. 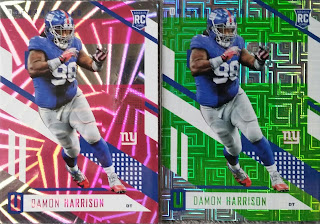 Up next is where our trade began. This Perkins Cross Training dual jersey card I really liked the design of. 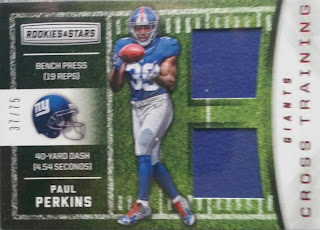 Another Perkins. This time from Infinity. I can pair it with the auto I got from @DJSeneseiNJ. 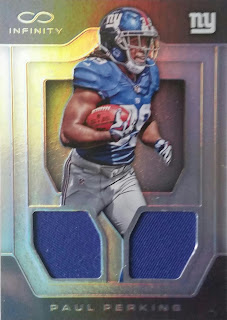 Eli Manning Pro Swatch from Infinity. It's the first I have seen of this product in my last few trades. Seems kinda nice. Very Totally Certified partially. 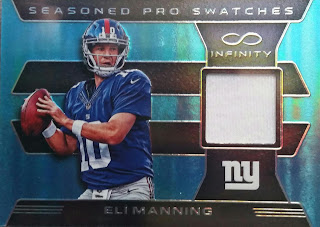 And finally, the card that started the whole trade...... 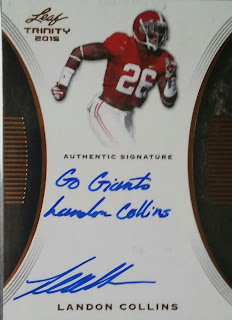 My very first inscribed card. To me, the best inscription there can be and it's signed by the one of the best safeties in the NFL, Landon Collins.

A big thanks goes out to @ccummings36 for the trade and for the sweet bonus cards. I hope we can work out another trade down the road.
at October 12, 2017