Tales From The Card Show Part 3: The Spx Surprise

It was a new month and time for another new card show. With each one I found myself digging myself deeper into the hobby. I think it helped being surrounded by many other hobbyists.
As I walked around the show from dealer to dealer looking for new additions, I kept hearing these great things about this new product called Upper Deck Spx and how everyone had to get their hands onto it.
There was so much excitement because of its design, rare inserts and the possibility of pulling autographs of Joe Montana and Dan Marino. I kept hearing about it so much that my father and I took a break from looming around and went over to the hobby shop dealer, the guy also ran the show, to see of he had a pack or two we could grab.
There was roughly only a third of a box left so I knew I had to buy some then or I would probably miss out. Then I looked at the price tag of $6.99 per pack and knew this product must mean business and I also knew couldn't afford too many if we expected to buy anything else at the show. You see $6.99 per pack was a lot back then especially for only 1 card.
I began to reach into the box when my best friend Brian's uncle Tim came over to show me his stack of cards he had already bought from the box. They were some great looking cards that only made me want them more so I grabbed the top two packs.

I paid for the packs and handed one to my father and kept one for myself while Tim stayed to watch us open. The pack my father opened yielded him a Emmitt Smith base card and my pack had this Barry Sanders base card in it: 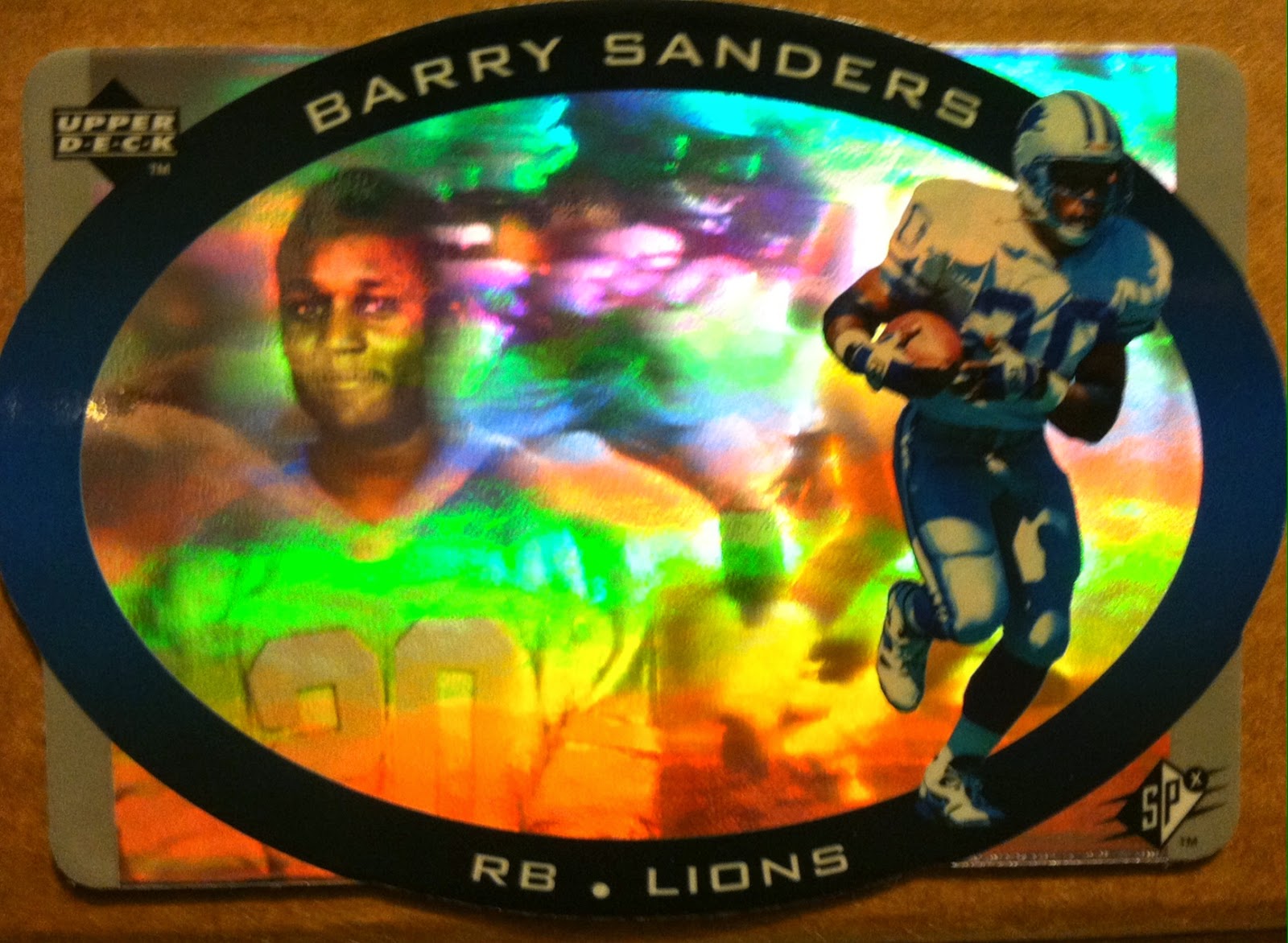 Overall, I felt pretty good about this purchase. I just wished I could have bought more. They just looked so good.
So as my father and I were heading back to where we left off, I turned around to wave goodbye to Tim as I watched him reach into the Spx box again. Something told me to wait and see what he got, but I just wanted to get back to the show before I headed back to spend what we had left for money.

Just as we were closing in on the next dealers table, I all of a sudden felt a quietness over the show.  Dealers from other tables and fellow collectors at the show started to head towards Tim at the main dealers table, so my father and I did the same.


I could only stare with my jaw dropped then immediately wondered what might have been. What would have happened had I not wanted to buy anything else and just picked up another pack or two? Would that have been mine? Could have that been mine? OH MAN! I can't believe it! What a card! I congratulated Tim and continued on with the show holding in possession a Barry Sanders card that would always make think back to that moment and what could have been.

So to this day, every time I stumble upon this card when sorting, it brings me back to that moment. The time I almost could have pulled a Joe Montana autograph. I then wonder how many other collectors have been through something like this. If you have, please share. I will try to hold back my tears as I hope you did for me. 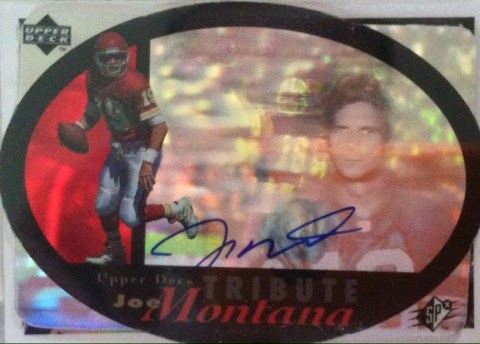