Tradin' With The Boss

About a month ago, @BossHardy202 on Twitter posted that he was looking to do some trades and he has always been a great guy so I jumped into the convo to see what he had to offer.

He sent some very impressive pictures, so I went digging for him finding an equal amount of items he was interested in. Phew! My first worry about starting a trade is not having enough in return for the items I really want. This was also our first trade despite how long I have followed and we have talked.

This post is a bit behind as I got these items over a week ago, but let's take a look at what impressed me.

First up. some Yanks and a Paul Perkins he tossed my way. 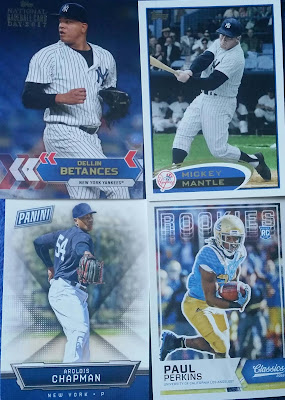 Next, some shiny stuff he sent my way. Everyone knows me and my love of Chrome. 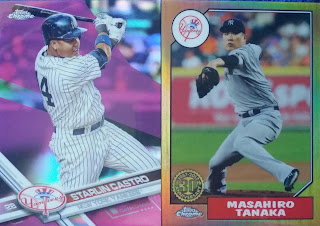 Next a numbered to 50 Mattingly and a Gardner Sp from Topps Update. 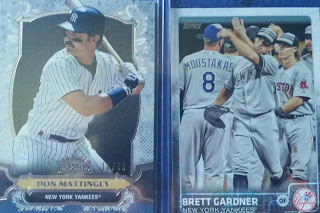 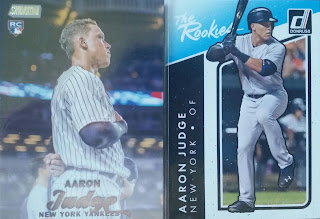 You better get up and #AllRise again for this Pink Refractor. I now have the base chrome, regular refractor and pink. 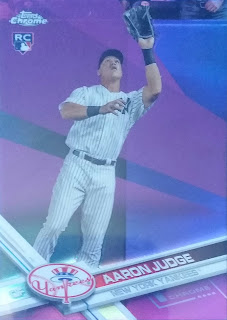 OBJ! This bad boy rookie is numbered to 75. I am hoping he can make a full recovery for next season and do what he does best. 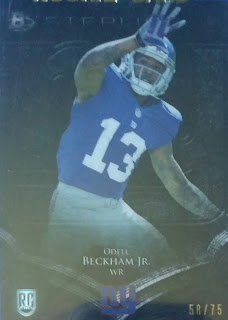 My first Tanaka relic. As I posted awhile ago I really was hoping to add to my Yankees relic/autograph collection since it's so minimal. 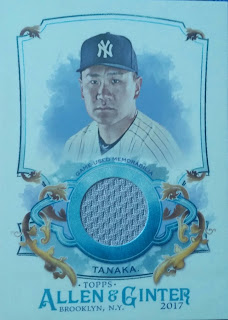 Toomer!! He was so underrated and underappreciated in the league. I was happy to see him get a ring. 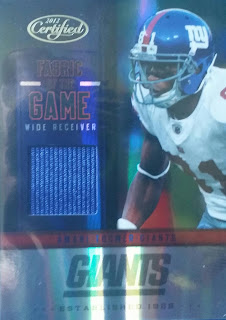 This guy has had a terrible season up to the last couple of weeks where he has done a little better. I am hoping he showcases more of his good play over his bad ones. He has a tendency to cause stupid costly penalties. I liked this card cause it's got Giants colors and it's groovy. 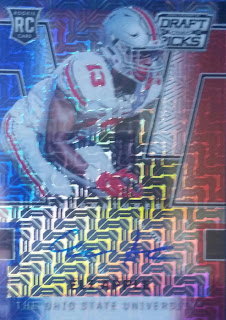 Paul Perkins has been somewhat of a disappointment. He not only couldn't run in this offense, but he got injured and most likely lost his running job to Orleans Darkwa and Wayne Gallman. 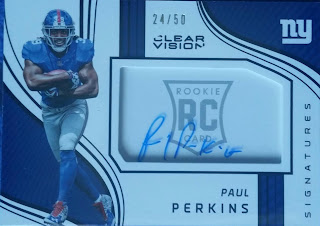 DJ! With a slice of pinstripe. I really like the design of this card as well. This marks my third DJ relic. Like I said, my Yankees PC is built of base cards mainly. 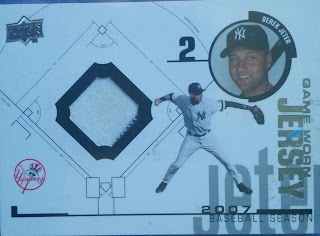 And the card that caught my biggest attention. another OBJ rookie auto for my PC. Another reason why I hope this guy gets healthy and turns things around. He will obviously get paid big time this offseason looking at how much of a difference maker he really is for this team. They have dropped in half of points scored and passing yards per game since his absence. If that doesn't say Team MVP or one of the best WR's in the game I don't know what does. 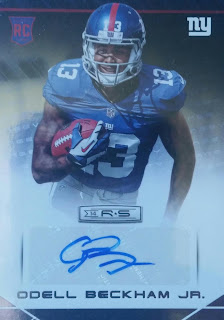 A huge thanks goes out to @BossHardy202 for the sweet trade mail day. I am hoping we can do this again down the road. I know you have another Judge I want :)
at October 29, 2017