Where The Streets Have No Name

@PuckJunk from puckjunk.com had thrown up some of his doubles up for grabs for those who wanted them a couple weeks ago. Once again it was a fun selection and one that I had to snag a couple from.

This time they were a bit different.

I think his PWE's are pretty cool as he always includes some great reading material. This time it was a good read in one of the greatest hockey movies all-time, The Mighty Ducks. 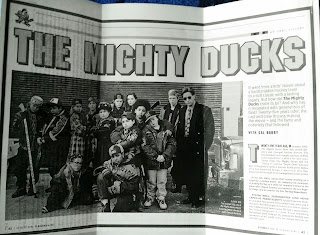 My first claim came on Jesse Owens.  Just a great classic card. Owens was an American track and field athlete. He was also a four-time Olympic gold medalist in the 1936 Games which is where the photo on this card is taking place. 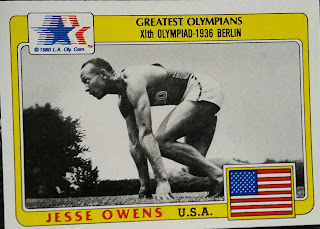 My next snag was another Pro Set Super Stars Musicards, this time of the great U2. I am a big fan of their older stuff, hence the title of this post. I still listen to and own their greatest hits CD from time to time so adding a card is needed being a card collector. 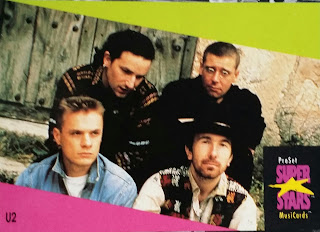 A big thanks goes out to Puck Junk once again for the cards! Go check him out on Twitter and his website.
at December 02, 2017

Email ThisBlogThis!Share to TwitterShare to FacebookShare to Pinterest
Labels: 1990's, Jesse Owens, The Mighty Ducks, U2