I recently received a DM on Twitter from @mellowturtle, a longtime friend on there, and he recently had won some Ken Griffey Jr items he felt that needed to be in my collection more than his.

He asked me if I would be interested since I was the first person he thought of and how could I say no?

Last week I received a box of goodies so let's take a look.

Up first the Griffeys. I will need to update my Griffey total number after these additions. I believe 1200 different is closing in.

A jumbo sized card from 1992 Front Row was my first find in the box. Classic shot of Ken in his partial follow through. Great addition I didn't have. 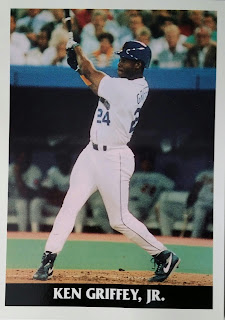 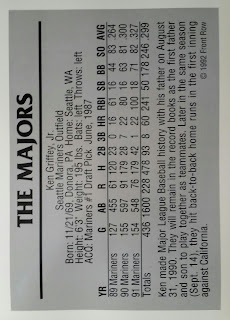 Next was this poster I really loved. Pops and Jr. Classic unis. Locker room setting. Doesn't get any better of a photo then this. Probably something I would have hung in my room as a kid but now everything like this is a "collectible". 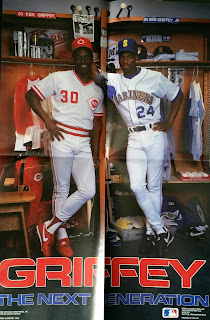 The well spread around Rated Rookie of Ken from '89 Donruss. This was the only card I had from the box of goods and I actually have like five of these so what's one more? Maybe I should see how many of them I could get. Would be a fun chase. 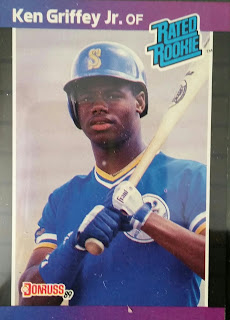 Holograms! Completely sold on the next couple additions. I never understood why holograms ever left the hobby but it's sad that they did.

This first one is a set from Front Row that came sealed with an authenticity paper. I couldn't open it because it was sealed. Hobby OCD at its best! 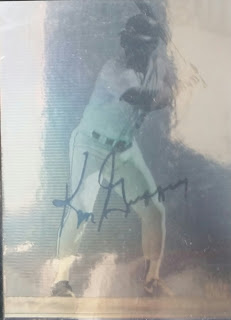 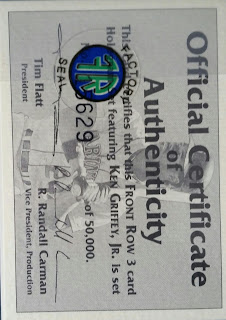 The next one is another Front Row set that came sealed as well with amazing hologram on top. I wished I could have captured the holo-magic a little better than this. 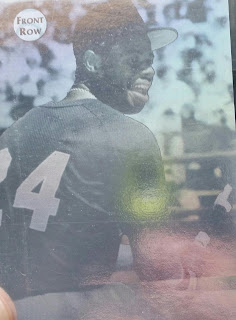 The final set was this 10-card Front Row Clubhouse Series. I have seen some images of these cards before but have never owned one. Of course that's the only way I will be able to see the other images because this was taped shut and I didn't want to disturb that either. 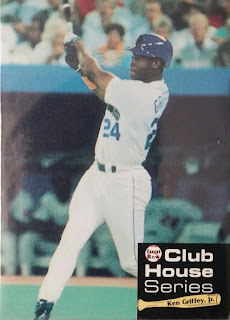 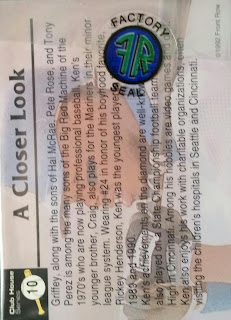 That's the end of the Griffeys, but not the end of the mail day. Later after finding out he was sending me Griffey's, he asked if I collected hats. Now I am not one to seek out hats to collect but when they involve my team, I still hold onto the ones I buy even after I get a new one. So yes, in some form I guess I do collect them.

So in the box were three spankin-new, epically awesome hats. This colorful one of NYC is a beaut!

And then there was this one. I remember this World Series like it was yesterday. I am pretty sure it's also one that Roger Clemens and Mike Piazza won't forget either. Especially Game 2. 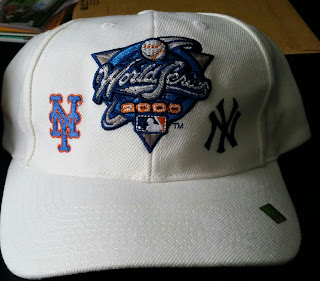 A big thanks goes out to @mellowturtle for the mail day. It's much appreciated my friend! Maybe I will have to send some Braves back to you at some point :)
at January 22, 2018