Football has always been my passion. I grew up collecting it, watching it, been to a couple of games of it 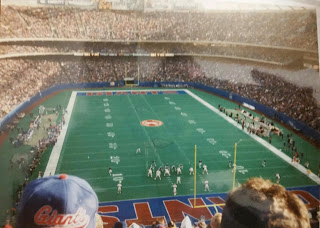 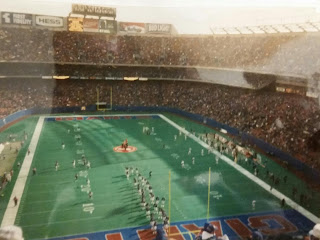 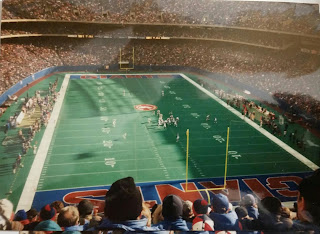 and even played it for five years split between high school and Pop Warner.

Football has brought both joyful moments for me like when I got my first NY Giants jersey from my best friend, 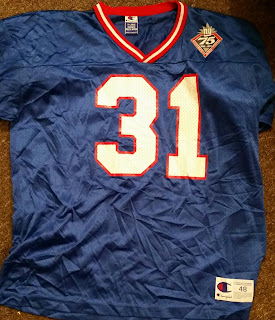 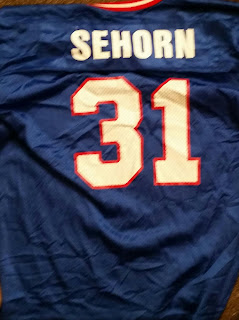 And has also brought me some bad memories like my senior year in high school when I tore my right ACL in the fourth game of the season. It's a moment I will never forget.

When it comes to football cards, that brings me joy even if the card features a saddening moment.

Today's acquisition is just that.

When I saw this card featuring facemask swatches, I knew I had to have it. I was a huge fan of Kerry Collins-especially his time for the Giants-for his entire career and Ray Lewis is a Hall Of Famer. So I made a $2 offer and the seller gladly accepted and I snatched this up around Christmas time. That was a pretty good deal knowing the rest of these were listing for much more than that. There are other Giants in the set I will need at some point. 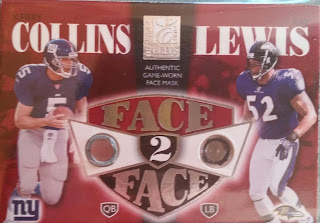 After purchasing the card, I started to think more about it and those deep down hurt emotions from Super Bowl 35 started to surface. The game where Ray Lewis and that vaunted Baltimore defense trampled my Giants to a 5 turnover, 152 total yard, 34-7 thrashing.

Kerry Collins to Ray Lewis was a big connection in the game. Lewis knocked down many passes from Collins and caused disruption throughtout. I was starting to think they were teammates and had to close my eyes every time Kerry went to throw.

I quickly started thinking positive about the past two Super Bowl visits and pushed those deep sad emotions from Super Bowl 35 game back down and started to enjoy the card again as a card.

Another cool thing about this card was the back and seeing the helmets they got the swatches from, 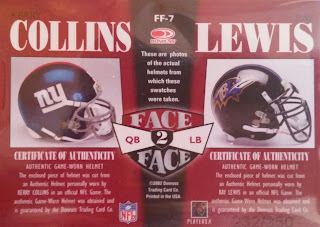 I miss the days of seeing the actual memorabilia. I think a lot more of this in today's collecting would help collectors feel better about the relics they pull in packs and lead to less questioning if they are authentic.

It's sometimes funny how a card can bring back some good and bad memories just by seeing the players or the actual photo scene on a card. What's one of your greatest or saddest moments that cardboard has brought back to life for you?
at February 24, 2018