Last year it was the Super Box Attack that took me a year to do. A few weekends ago I started digging into my biggest hobby project in since then and one that may take even longer....The Great Binder Reorganization! 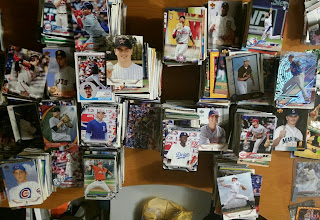 I can say one thing however, not all teams were created equal over the years. There were a lot of teams that had many more rookie cards in products. And I can say some of you who complain about certain teams not having enough cards in a product are wrong. The Brewers I think are a common one that people say don't have enough, well, they were in my Top 10 for most. Some of the other top teams, Yankees (no surprise), Cardinals, Padres, Dodgers, Phillies, Cubs,Astros, Giants, and Braves. Rockies would probably be number 11. 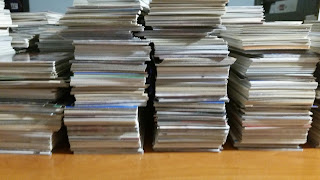 Teams in the bottom with fans that should complain are the Marlins, Rangers, and especially Tigers.

Among my sorting, I also found a few nice gems I pulled out to set aside in toploaders. Including, Pedro: 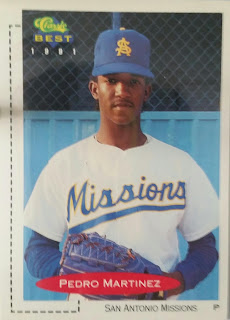 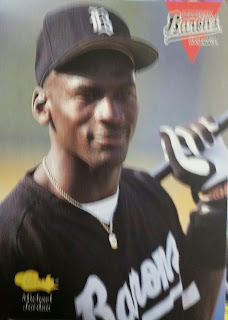 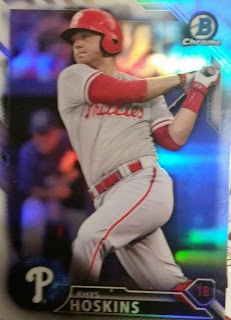 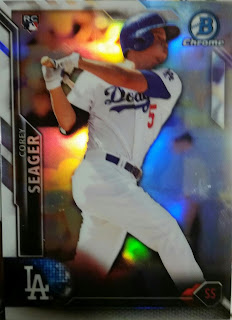 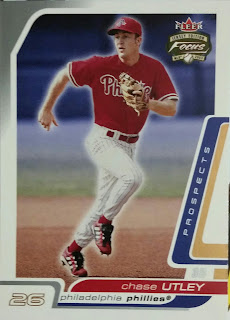 These are just a few gems.

For my rookie sorting I put all of the rookies and the rookie inserts by teams. Players featured in USA or college uniforms had their own binder but not by team. I didn't want to spend time researching what team they played for.

Well, there you have it. Part 4 is in the books and I believe there will be one more part to this series to come. But, I will also show off other parts in sub-posts such as the Sets Of My Childhood series. I do feel much relief however that the hardest part of this project is done. Onto the finale!
at May 19, 2018