Dennis over at Too Many Verlanders blog fame, had posted a couple months ago he had been watching bloggers want lists and set needs as he, like the rest of us, doesn't like to see unfinished projects. I was one of the fortunate 13 bloggers who were mailed set help and more from him.

Up first, that spoken of set help. Dennis helped me put to sleep a couple of 2015 Score football insert sets, 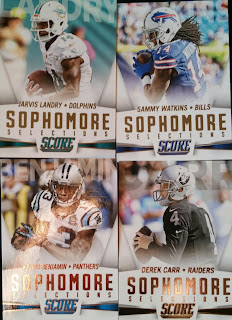 (can't believe one was Eli I was missing) 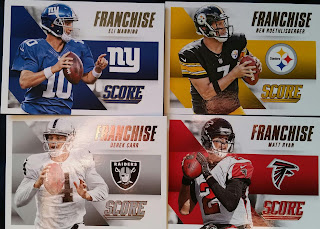 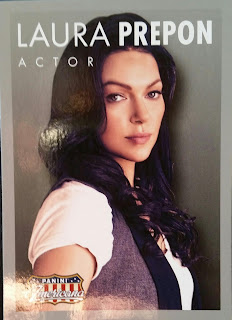 He also sent me a needed card for my Spx set chase. This one is for 1996 baseball that I have more than half completed. 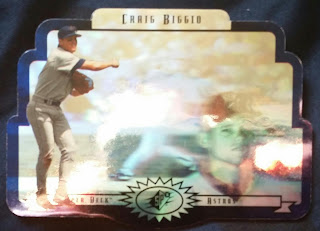 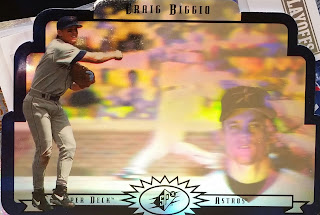 A card towards my Hot Commodities Sets Of My Childhood chase. 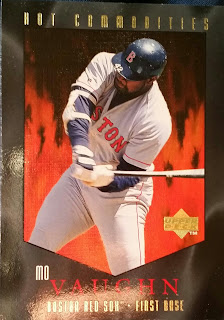 I think this was supposed to be a card towards my Diamond Kings set chase for 1993, but it's a 1992 card. Which is fine because I like it regardless. Fielder was a Yank at one time. 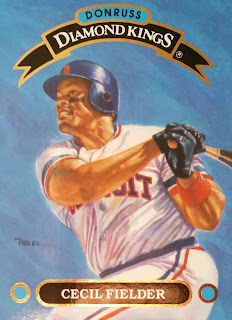 Along with set help, Dennis also passed some new Giants along. This isn't an easy task for anyone to do. But, he headed straight for the inserts/numbered cards which is the easiest place to head when it comes to picking up Giants cards for me. Unless you are targeting Saquon Barkley.

Some Ron Dayne and Brandon Jacobs.

Sinorice Moss who never panned out like his brother Santana. 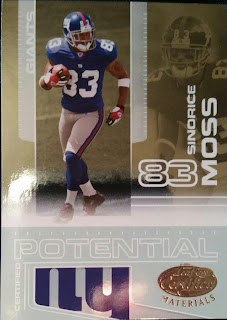 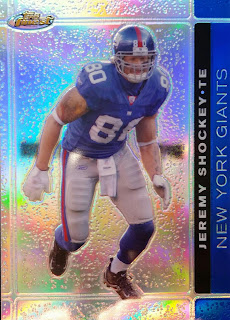 New Andre Williams relic. I wished this guy had panned out. What a PC of him I have. 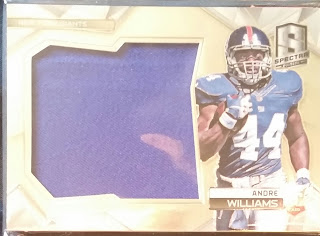 David Wilson absolutely sick patch. Topps Platinum had some great looking stuff and the hits from the product were always superb. 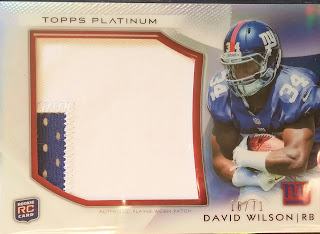 Not only did Dennis tackle Giants, but he helped add some new Rodney Hampton cards. Been so long with my focus on the Psych and Ghostbuster autograph sets since I have added to this PC. It's been neglected, just not forgotten.

This Rodney isn't new however, but every time I see it brings me back to the story of how I got it which I have told many times on here. I am sure if you searched Riding Along With Rodney or something like that you will find it. 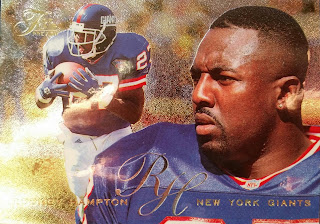 These four on the other hand are new. Finally finished up my Crash The Game needs for 1994 Collectors Choice. Same goes for the 2001 Topps Archives football. 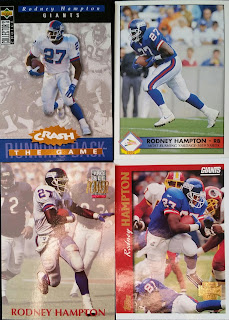 Older Pacific need done! My older 90's Hamptons are really being narrowed down on my needs list but still plenty of cheap options to find. 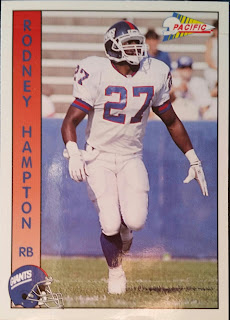 Game Day 1994. These are oversized cards. I now have all but the 1993 Gameday McDonalds card. 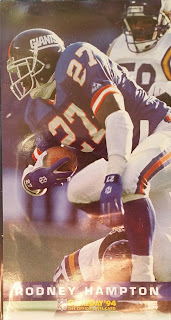 Yes! Loved these cards and have a ton of them except the Hampton. This is the silver version. Now I just need the gold to finally end this search as well.. We don't have fun game chases like this in the hobby anymore. And we wonder why the 90's were so great. 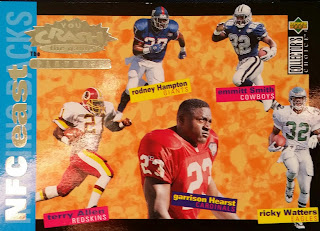 And a first for my collection and one I have always wanted. A 1997 Stadium Club Instavision card that fell back then 1:24 packs and yet I never seemed to pull one. So this is a first and it's pretty cool. 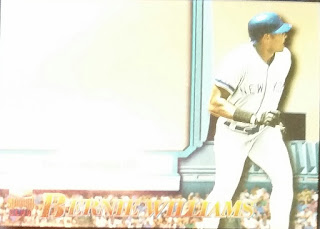 I held it into the light to give it better effect. 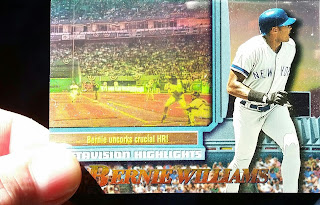 Lots of great stuff from Dennis here as you see. Him and I have quite a bit in common especially with our love of Ken Griffey Jr and late 90's inserts. Speaking of Griffey, I now really want the Instavision of him.

A thanks goes out to Dennis for the sweet mail day and for helping me finish off some sets and add to others. I should have a few more mail days heading your way as well so watch your mail box or they could already be there by the time this publishes :)
at August 23, 2018