Bowman's Bestwas a very popular 90's that Topps brought back to life again. Just like a few others they did as well. Seems to be just as popular now.

I have seen some big time pulls on Twitter which I am jealous of. Will my box provide the boom those did? Let's check it out! 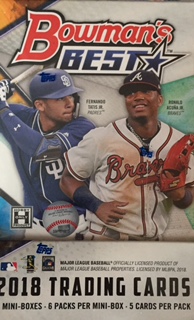 Every hobby box of 2018 Bowman's Best comes with 2 mini boxes. Each mini box comes with two autographs and 1 Atomic refractor per hobby box as well. Boxes run around $120. 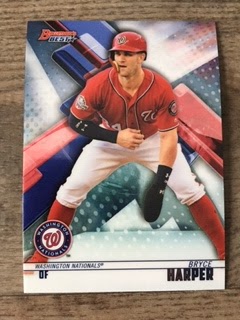 The base set has an abstract design in the background. There are 99 cards in the base card set with veterans 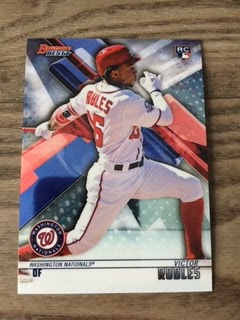 and top rookies from the 2018 season. 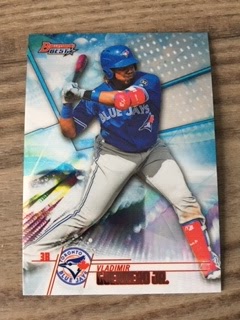 There is also a 29 card set of Top Prospects. This guy right here is getting tons of hype. Can he be the next big thing? All of the big names can be found in the checklist. 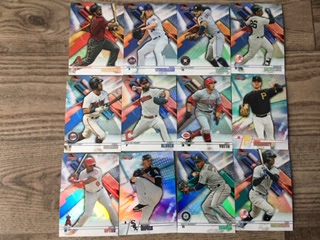 Just like with any chromed product, refractors floweth out. There were multiple refractors in every pack. I was pretty happy to pull my first and probably only Cutch Yankees uniformed card. Especially in refractor form. Top Prospects also were found in refractor form as well. 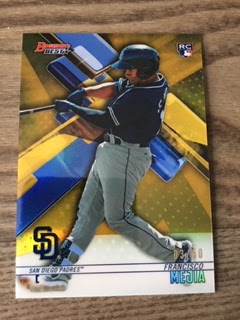 There are gold parallels as well numbered to 50. Mejia looks like he will be a solid player for San Diego. 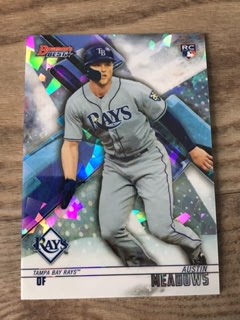 And Atomic refractors that aren't numbered but do fall one per. These look super cool.

Inserts are up next and include the following parallels, Atomic (2 per case), Gold /50, and SuperFractor 1/1. 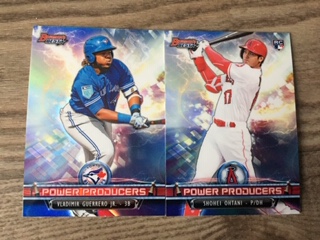 Inserts look great in Bowman's Best. But, just like with my last break of Chrome Premier League, I miss the days there was just a base card version than a parallel one. 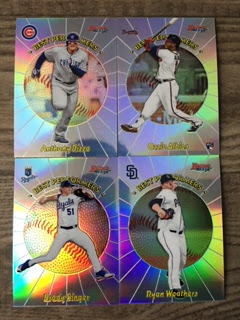 Great Scott! Someone took Marty back in time and grabbed the 1998 Bowman Best Performers design. Great looking cards. 40 young caliber stars to collect in the set. 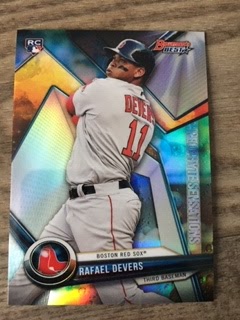 Neophyte Sensations has 10 cards to collect. I pulled Devers who I thought would be Rookie Of The Year last year but instead disappointed me lol 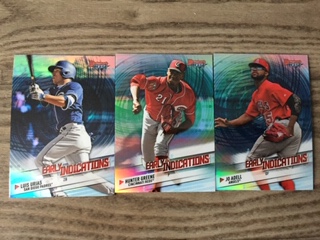 Early Indications has more of the young upcoming stars and has 30 cards to collect. 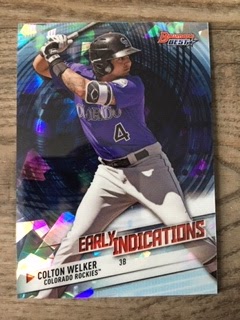 I found one of those two per case hit pulls here with atomic. 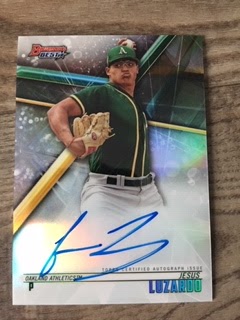 Luzardo was originally drafted by the Nationals who later on traded him to the A's for Ryan Madson and Sean Doolittle. He was one of the top rated prospects and looks to be on the mend from Tommy John Surgery. 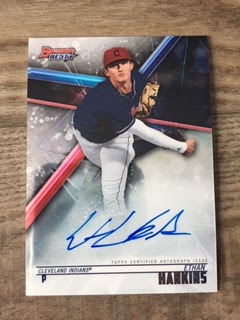 Hankins was drafted 35th overall by the Indians in the 2018 draft. 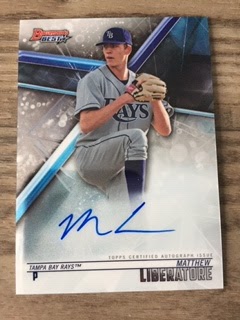 Liberatore was selected 16th overall by the Rays in the 2018 draft. Pitching is a need there after they traded away top talent at that positions the last few years. He seems to have much potential. 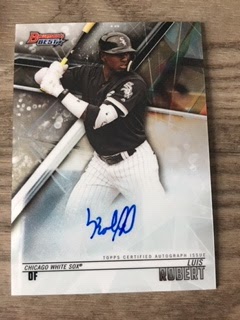 Robert left Cuba to play baseball in America and signed with the White Sox. He looked impressive for the DSL White Sox and even made a Spring Training debut where he hit a grand slam. Will be interesting to see how 2019 goes for him and where he will be.

This Robert was by far the best of the group, but that's in my opinion. Everyone knows how I feel about pitcher autographs. It's like pulling offensive lineman or defensive ones in football. Not a lot of thrill to me even though those positions are very important to their sport.

Other hits not found in my box but could be in yours include,
OVERALL THOUGHTS: Well, I love the look of the overall product that's for sure. The autographs are nice on card too and despite them being pitchers, the overall hit pictures wasn't bad with top picks. It's a tad risky for the price as with any product not knowing what you will land. I think a mini box break wouldn't be too bad if you can find an LCS or online retailer who would sell one that way.

I think another method if you can't afford a box or mini box, jump in on a box break and I strongly recommend using Midwest Box Breaks for your breaking needs. They are always hitting the big pulls so if they are breaking this, you could put yourself in a good spot.

Please make sure to take a minute out to thank Topps for providing this box for me to review and to be able to add cards to GIVEAWAYS! Follow Topps on all social media sites and visit their SITE, as well.
at January 03, 2019