Blast From The Past:1995 Flair Baseball Series 1 Pack Break

So let's take a Blast From The Past with a one pack break of 1995 Flair baseball Series 1! 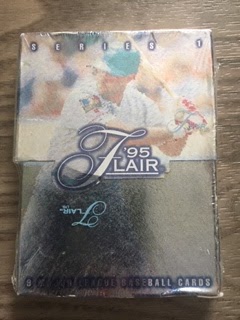 Each pack of 1995 Flair baseball comes with 9 cards. I landed this pack for less than $1 in a pack lot I won that actually included two of these. One I am keeping sealed. 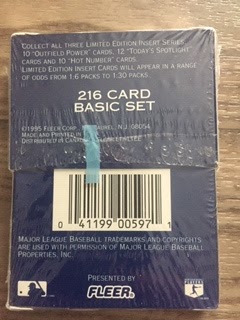 Here is a blast from the past, the card back with odds.

I bought a lot of Flair back in 1995. Between the 1994 and 1995 design, I was sold on 1995. I didn't buy much baseball though as my focus at the time was on football but I did pick up a few packs just simply for the design alone. I still have a few of those cards kicking around so these will add to it.

Let's take a look if I had any success pulling any inserts. 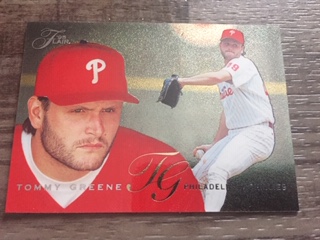 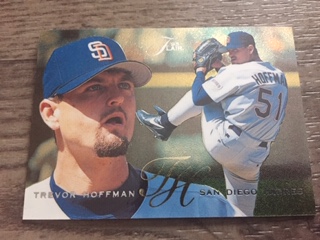 Trevor Hoffman played for 18 seasons for a multitude of teams including 15 for the Padres alone which is where I know him from best. He was 61-75 with a 2.87 ERA. 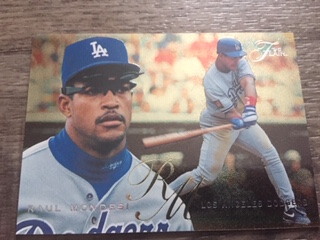 Raul Mondesi played for 7 teams including my Yankees over a 13 year career. He hit .273 with 271 career dingers. 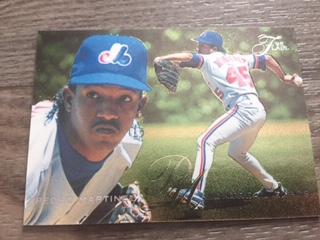 My arch nemesis Pedro Martinez pitched for five teams in 17 seasons. He was most known to me as a Red Sox pitcher who always started up trouble against the Yankees. but, he was very good. Went to multiple All Star games, led the MLB in ERA many time, led AL in ERA and won a World Series title. 219-100 and with an ERA of 2.93 is how he finished his career. 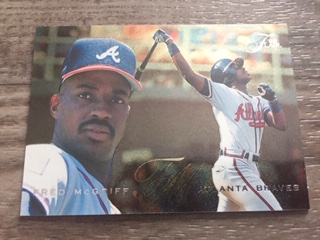 The Crime Dog Mcgriff played for six teams in 18 seasons. He was a five time All Star, World Series Champion and a 2 time Home Run leader. He batted .284 and fell just short of 500 home runs with 493. I think he should un-retire just to get to 500. 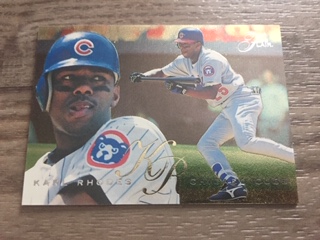 Karl Tuffy Rhodes didn't play in the majors long. It's probably the 13 home runs and the .224 batting average that didn't help. 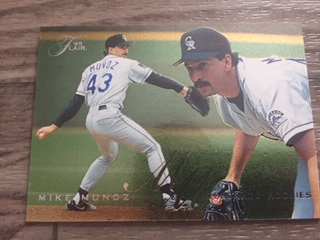 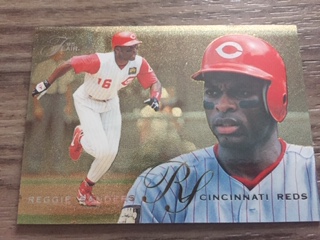 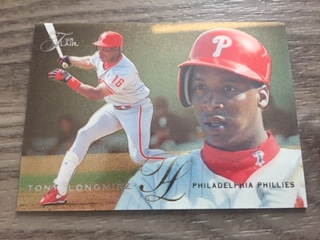 And finally, Tony Longmire who had a short career with a 3 home runs and a .285 batting average.

Overall, Pedro, Hoffman and Mondesi carried the worth of the break. Well, besides the most important part to me, the nostalgia. Nostalgia runs deep with both the designs, smells (who doesn't smell the cards?), and players. I don't always recognize all of the names in baseball as my collecting back then was football focused, but quite a few I do still.

Hope this Blast From The Past brought you back as well. There are many more to uncover in this series.
at May 20, 2019

Email ThisBlogThis!Share to TwitterShare to FacebookShare to Pinterest
Labels: 1995, 2019, Baseball, Blast From The Past, Flair, Pedro Martinez, Trevor Hoffman