Cardboard From The Midwest

Score football is one of my favorite releases every year and I always make sure to grab some in some form.

I do kind of wished that Panini would wait a little longer on the release like they used to that way all of the rookies would be found in NFL uniforms and not college, but will take it as it is.

But, it's out and I had a spot in a Midwest Box Break hoping for a repeat performance of my last break with them. Remember the Barkley auto? yeah, I was hoping Daniel Jones auto was waiting for me in here.

This years edition celebrates 30 years of Score and it's amazing 1989 release. So Panini did some throwback look backs and it starts with the base set. 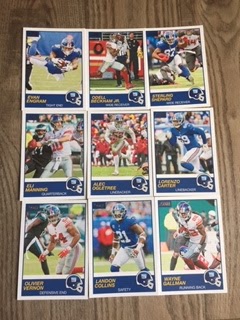 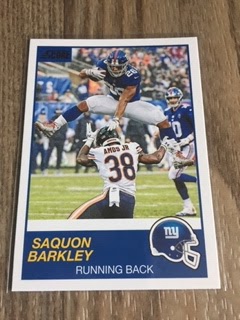 And they have some amazing photography as well. By far this Saquon Barkley is my favorite base card. 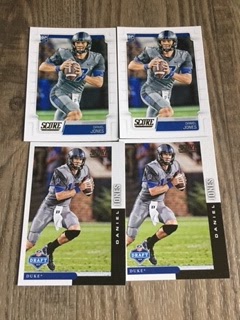 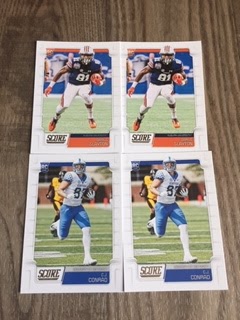 Darius Slayton and some other guy lol. 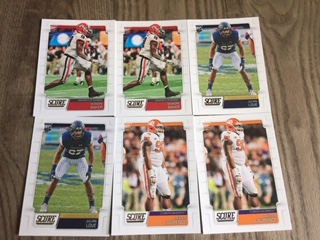 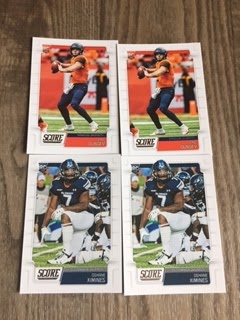 Eric Dungey who is talented but why did the Giants need a 4th QB. Oh well. 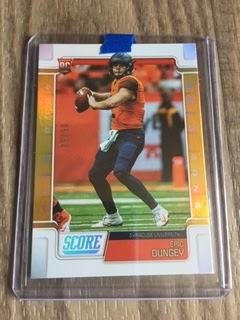 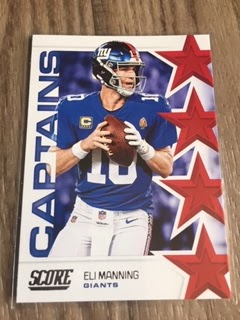 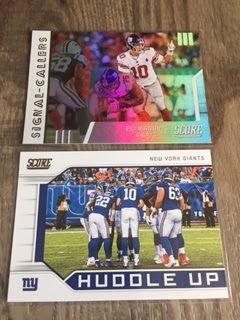 Signal Callers adds some shine ot the inserts and Huddle Up showing a Giants huddle. 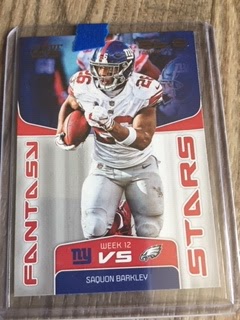 Saquon was by far a Fantasy Star and one for my team last year. 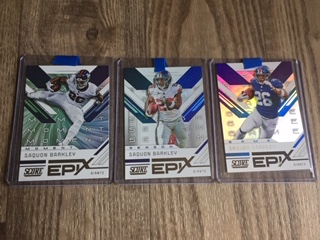 And finally, Epix makes its return this year in Score. However, falls waaaaaaaaaaaaaaay flat of the 90's version. It's just some foil this time However, I did land all three Saquon Barkley versions. I am not sure if one is harder than the other or not to find.

And that's it. No hits to brag about this time. Actually Score gave me a reason not to want to break a box and be happy with having all of the Giants cards I need. Watching that six box break was brutal. Only a handful of names I knew were pulled but one was a /10 auto of Baker Mayfield so that was cool. The rest were a bunch of no namers and practice squad players. It was worrisome.

Thanks to Midwest Box Break for another fun experience. Hopefully my next break will finally land me a Jones auto. Still in big need of one.
at May 29, 2019