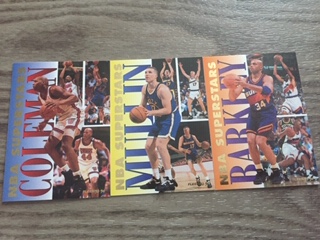 A 90's trio that I found a lot in packs. Was someone spying on me knowing this information ahead of time? Or was there a conspiracy? 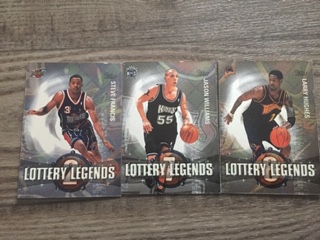 An insert line that says Lottery Legends when it should say Lottery busts. Intriguing. 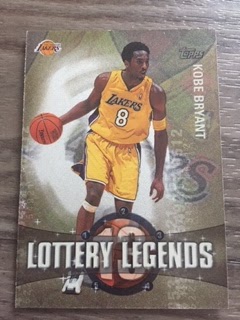 Except this one. This guy turned out okay. But, why did only one make it big time. Mystery.... 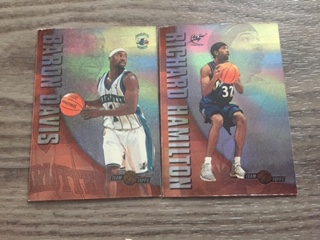 Ghosted players in the background or are they really ghosts.... 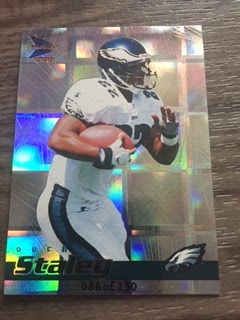 There was a lot of Prism in the box but all base except this one parallel. Staley was left stale in the lot. 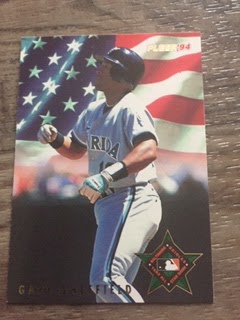 Why would you ever leave such a great looking insert behind? Is there more to this card than I know? 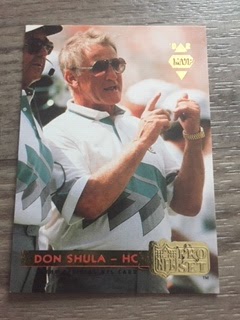 How did Don Shula lead the Dolphins to the only undefeated season ever in the history of the NFL? 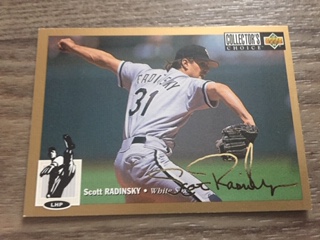 Why did Upper Deck create such fun parallels and products for kids with Collectors Choice than made the product disappear out of nowhere? it just vaniiiiiiiiisshheed....................... 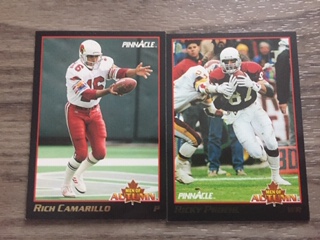 Cardinals in the 90's, a mysteriously bad team. 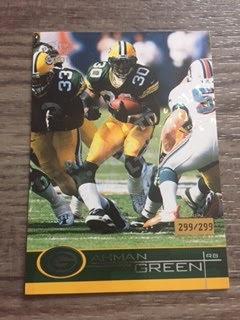 299/299. Why was the end of the line found in this box? Why Ahman Green? Will my friend Bryan like this card? Lots of questions that will need to be answered. 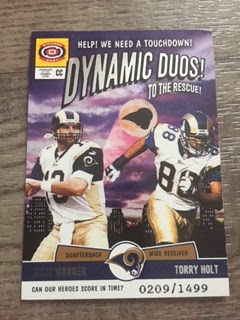 So much creativity in inserts at one time with this hobby and then it all disappeared? Why don't we number inserts anymore and drive up their worthiness of being called an insert? 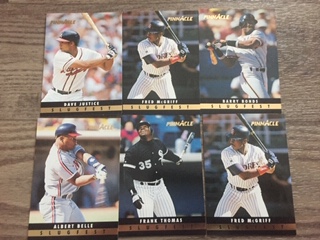 And finally, we find a lot of cards that appears was someones attempt at a set but they gave up or fell short? Or did the disappear like the rest of the cards to the set...

This does it for Episode Three of Unsolved Mysteries. There is a lot of unexplained findings here with even more mysteries to unravel. Tune in next time and Perhaps YOU, can help solve a mystery.
at May 15, 2019