1991 song by Salt-N-Pepa was about a much different topic than I am turning it into. You see, I am staying on topic with cards. Not,well, what they were talking about. This newest segment about the 90's will focus on my set chases (the ones I have already used for a Origins Post or don't plan on using) and new additions to them along with updates on how far I have gotten.

It's time for us to sit down and have that discussion between your parents and you that you tried to avoid. You know, that conversation you have with them about the Flairs and the Pinnacles. Kids, it's time to Talk About Sets.

Last time I told you how great sets will be this time, well, I wasn't kidding. In that order along with the two Sportflix Man2Man I picked up, I also was able to narrow down my 1995 Skybox Premium Paydirt insert chase.

The Paydirt inserts were some of the first inserts I remember pulling in my youth of collecting. I have been wanting this set for nearly 24 years now.

Here were my latest adds to it, 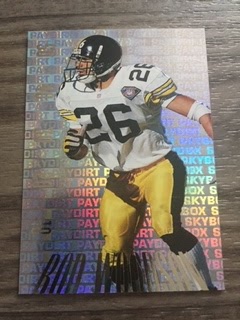 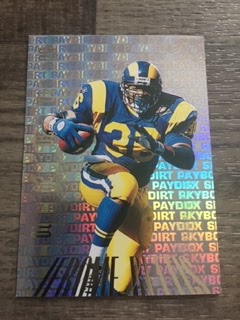 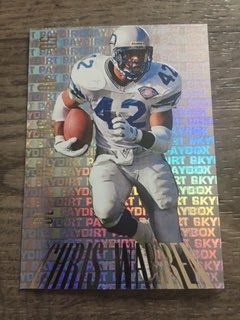 Chris Warren who was underrated 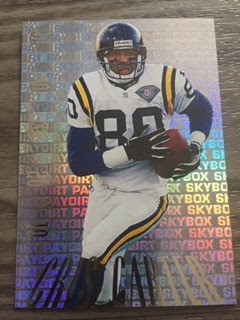 Cris Carter was a great WR for the Vikes 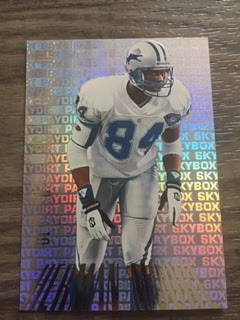 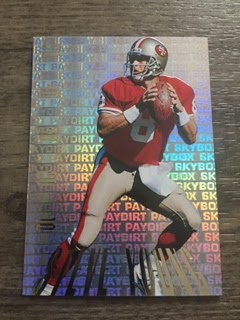 One of the greatest Left Handed QB's I ever saw play 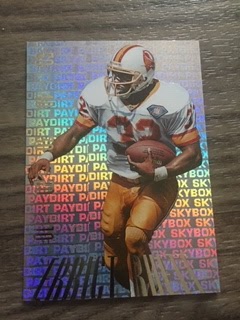 I, at the point of writing this, remain three cards behind on this set. Three!!!

There is plenty more sets on the way. Next time we may take a tumble to the ground again and get physically dirty.
at June 29, 2019