Nothing If Not Random Cardboard Part 1 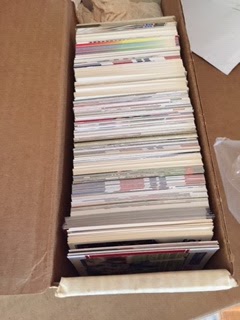 I just realized, even after following him on Twitter, that one of my biggest commenters on this blog has a blog of his own. Guess I should have clicked onto his profile before now. The commenters known as Bulldog who runs the Nothing If Not Random blog.


He and I both recently posted about 1995 Score on the same day and he saw my search for the 1995 Score Red Siege parallels that I am chasing a set of. He commented that he would pass along the ones he had and immediately sent me an email asking for an address to send them to. He also asked for my favorite teams.

Not only did he send along the Red Siege parallels, he sent a long that box above packed with NY Giants. (with a sprinkling of NY Yankees to) PACKED. I was thrown back by his generosity.

So here are some key parts to this mail day with a follow up sequel coming tomorrow. 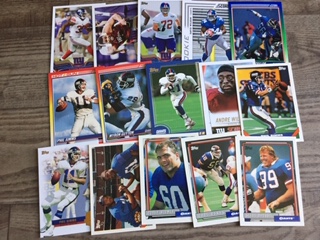 A mixture of new and old Giants cards was the theme. To my also surprise, many I didn't have and it helped fill in a ton of gaps. 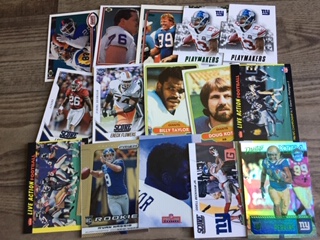 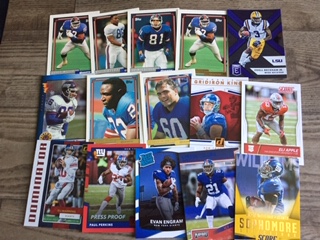 There were also inserts, parallels and rookies as well. Not just base. 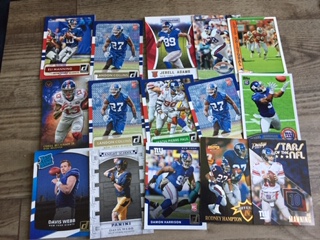 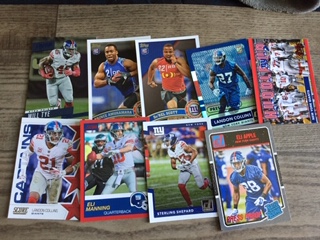 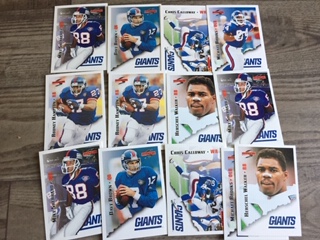 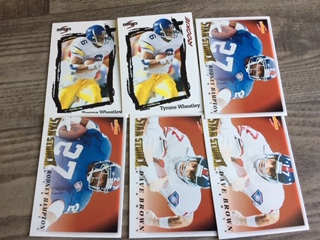 Some 1995 Score towards my set chase and some for my PC binders. 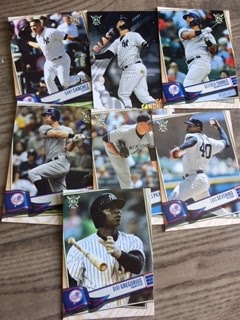 And a few of the Yankee cards he added in. Not sure where my other picture went but it included a Judge I didn't have.

This is just some of the cards and the next part doesn't even cover them all. Stay tuned tomorrow for the second part and don't miss out on those great additions including a hidden autograph!
at June 18, 2019