But, anything from 1995-1999 I will always keep an eye out on. When I saw someone post about about a 1995 Fleer Aerial Assault card, I started a conversation on how I am chasing the set. That's when @J1Burris sent me a DM on Twitter that he may be able to help me with that.

Even though he didn't find any of those, he did pass along some other great stuff. 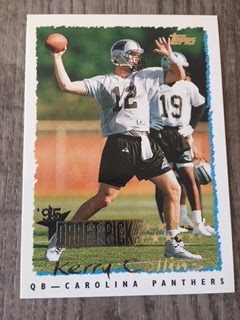 Topps, I remember this card like it was yesterday. 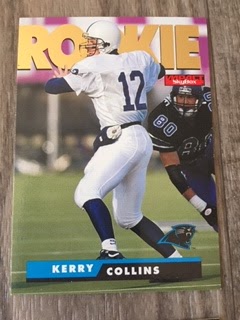 Same goes for this one. bought a ton of Impact back in the day. 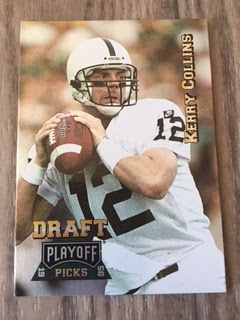 Absolutely dig this one. 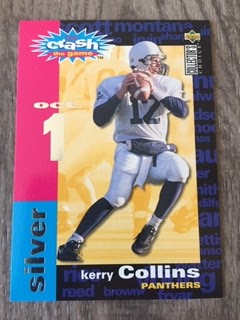 I have seen lots of Crash The Games in front of me, but never Kerry. Now it's mine. 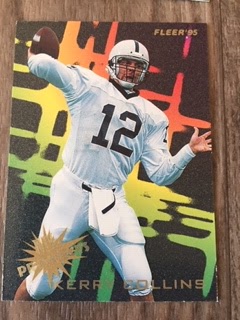 I am building this set as well. I do have Collins, but glad now I have a copy to stick in my PC to. 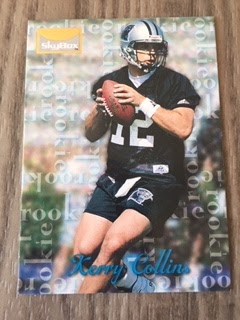 One of my favorite products in 1995 was Skybox Premium. Now I can add this card towards my set and my PC 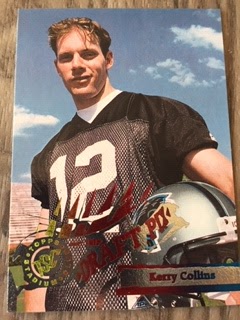 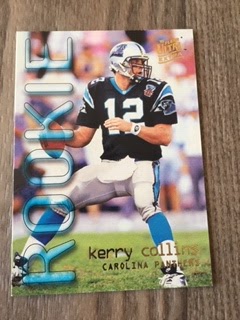 There was a Kerry Collins rookie in the first series of Ultra and in the second. 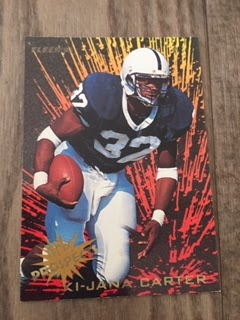 Like I said, I am building this set but I do have this one as well. I never mind doubles from this era though. 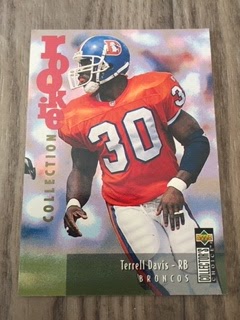 One of my favorite all-time RB's, well besides Rodney and Barry, TD!! 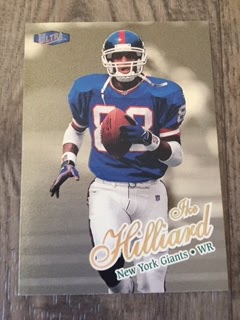 Ike Hilliard gold medallion. Other than the 1995 Gold Medallions, this was my favorite design when it came to that popular parallel. 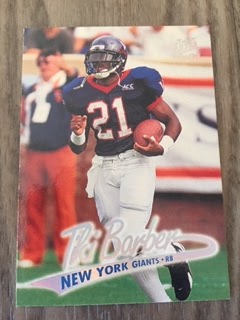 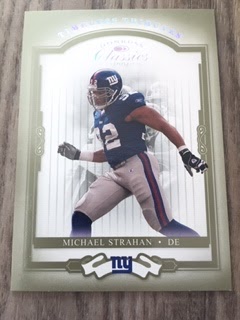 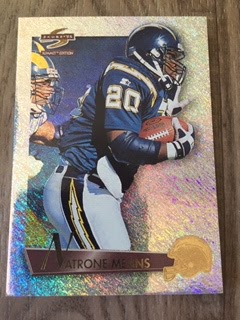 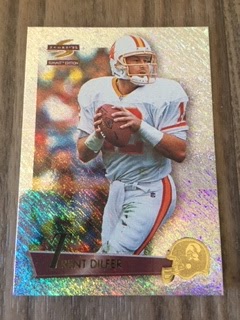 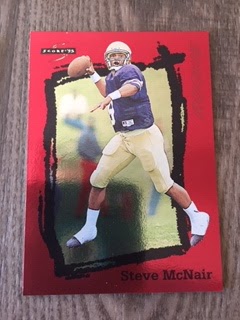 Great thanks to @J1Burris for the cards!! I still have one more to show off but that will wait for a Rodney's Cardboard segment.
at June 12, 2019