Blast From The Past:1996 Topps Football Pack Break

So let's take a Blast From The Past with a one pack break of 1996 Topps Football!

I busted a ton of this stuff back in 1996 which almost made this more of a Origins post than a Blast From The Past. But, here we are. 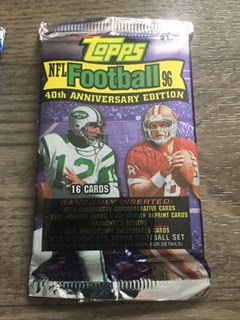 This was the 40th Anniversary Edition of Topps football and it had a lot of great stuff within. Especially it's inserts. I am chasing many of them for sets including Broadway's Reviews (I finished this one) and Turf Warriors which I need a lot of help with (hint hint readers!!)

I paid about $1 for this pack hoping to land some insert help! 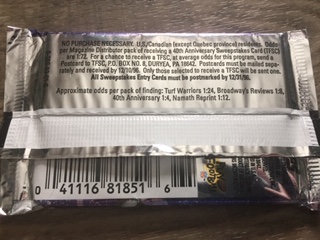 Here are the odds on those inserts. 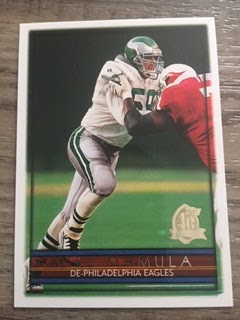 Mike Mamula played for the Eagles for five seasons. Was a pretty decent LB and was also the person I pulled my first autograph card of. 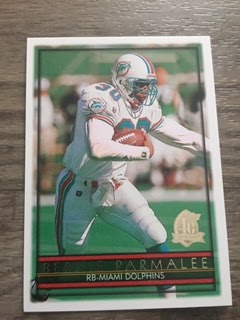 Bernie has no spent more time as a assistant coach and coach then he did in his time in the NFL. 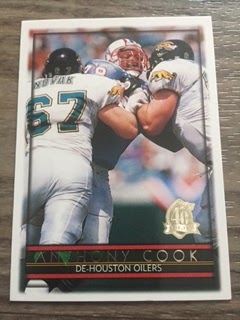 Cook didn't make it too far in the NFL only lasting 4 NFL seasons. But, he did get to don the Oilers jersey so that's pretty cool. 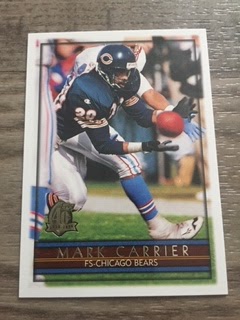 Mark Carrier played for 10 seasons and 3 teams.  He was also a three time Pro Bowler. 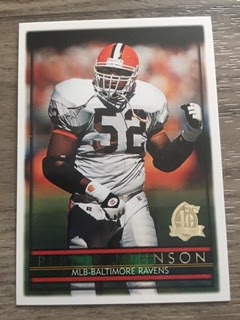 Pepper played for four teams in twelve seasons most notably with my Gmen.He was a two time Pro Bowler and two time Super Bowl Champion. Then of course as coach he added another three rings. 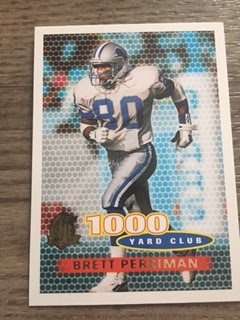 I always loved the 1,000 Yard club subsets but mainly the 1995 and 1996 editions. Brett Perriman was a Detroit Lion to me. Even though he had four teams in 9 seasons. 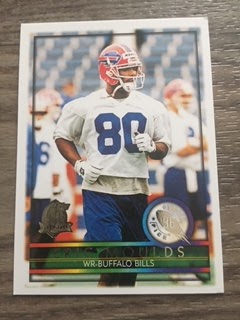 Moulds played for three teams in 11 seasons. Was a three time Pro Bowler but didn't feel like he lived all of his hype up when all of us collectors were chasing him in 1996. 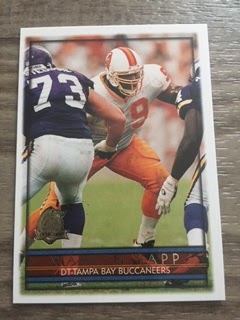 Sapp was a dominant player but however plagued with controversy. However, is a Hall Of Famer with a ring and seven Pro Bowls. 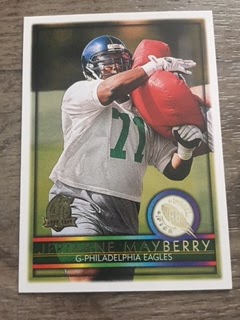 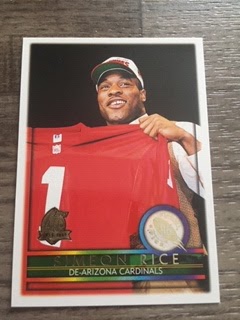 Rice had an amazing 12 year career playing for 4 teams. He ranks right up there all time in sacks, he was Super Bowl champion, and a 3x Pro Bowler. 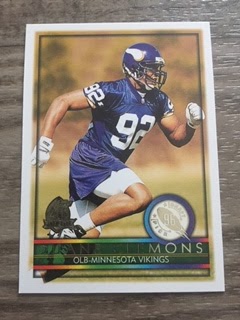 Duane Clemons played for three teams in nine seasons. He didn't have a bad career in that time.

Well, for a $1 it's a bargain, but looking at this overall, not the best pack in the world.