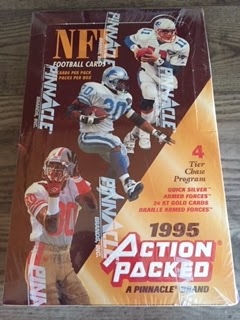 There are 24 packs of 8 cards to find in 1995 Action Packed football with boxes running just at $12.

Once again, I busted a ton of this stuff back in 1995 and have been wanting to build this fun base set. 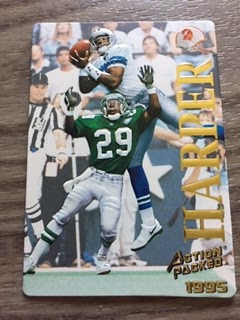 The base was Action Packed and used the embossing technology on player and name. 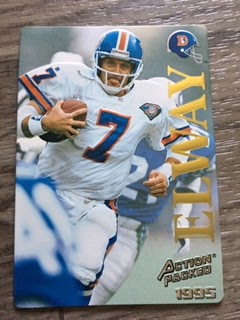 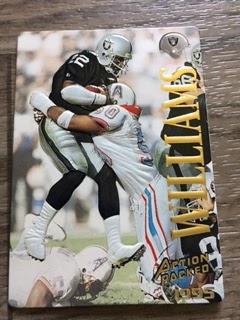 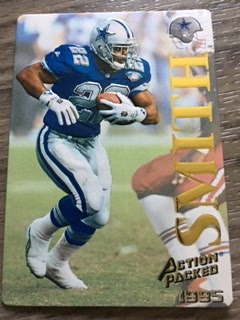 The rookies are still in their college uniforms. 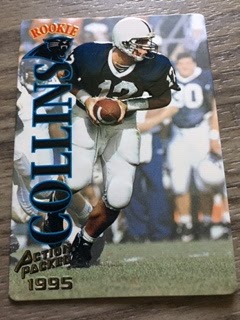 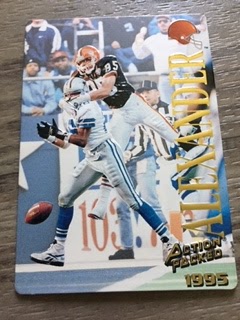 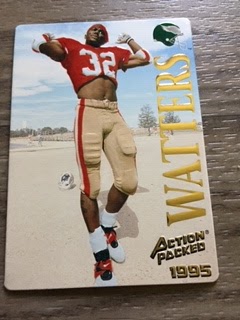 I thought this was a fun shot 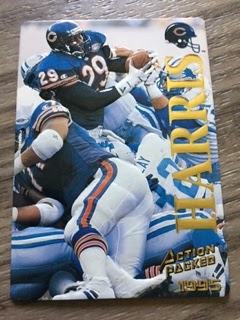 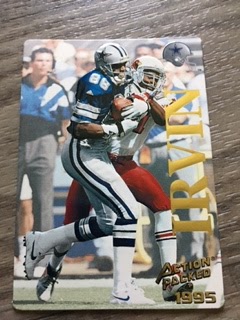 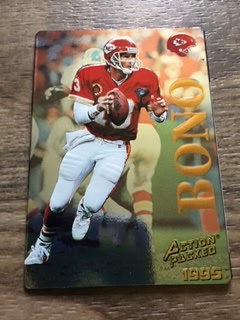 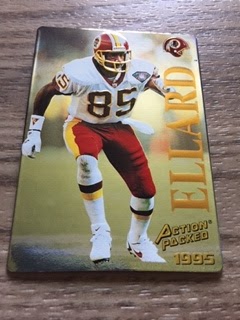 Quick Silver. It says it on the back. Not sure why it didn't upload to show you.

And some boom in this box! 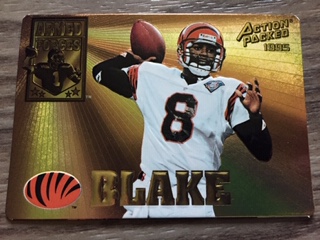 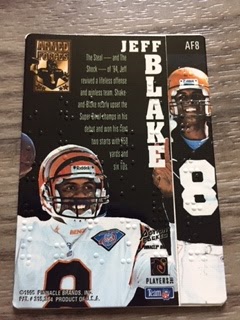 That has braille on the back of the card. Pretty cool looking insert 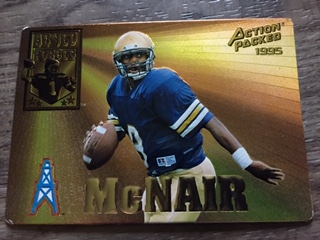 And what's this....another?!?! But wait, this doesn't have the braille on the back. Interesting. Must be two different variations from my research. The tougher version is the braille.

One thing I didn't spy in my box break was a 24K gold parallel that was supposed to be 1:24 packs where you would think would be one per box. Oh well. Pretty excited about the other two hits.