Well, here we go again with more cards from my trade with @card_a_holic.

Mark Brunell started out with the Green Bay Packers as a 5th round pick behind the great Brett Favre on the depth chart. Obviously he had no shot at going any further than that. 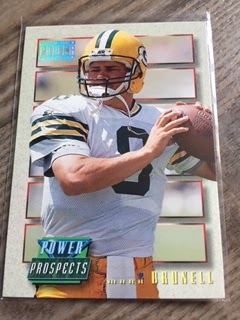 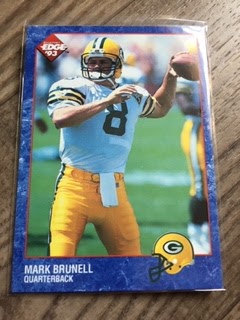 My first two rookie of him. 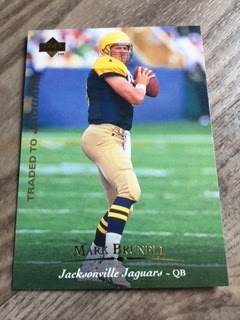 And here he is saying good bye to the Packers in 1995 when the Jags made the franchises first ever trade letting go a 3rd and a 5th to bring home their QB stud.

Brunell was selected to the Pro Bowl three times, in 1997, 1998, and 2000 and awarded the Pro Bowl MVP in the 1997 game, Jaguars also won an AFC Central Division title and became the first NFL expansion team to make the playoffs three times in its first four seasons of play. He also led them to the AFC Championship game in 1996 when they lost to the Patriots which made me upset. However they did beat the mighty Bills and Bronocs in the playoffs that year which was quite the upsets.

I think I became a fan of his because of his play and the fact he played for the Jaguars which I really liked uniform of.

Let's check out some cards now shall we? 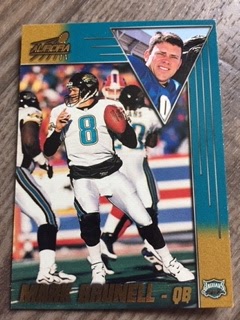 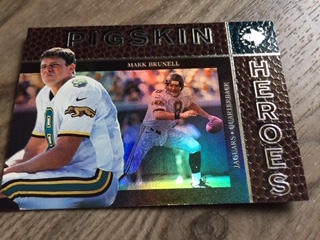 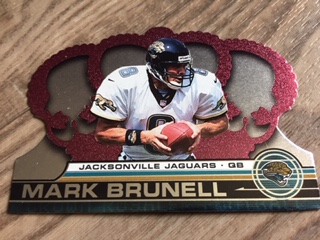 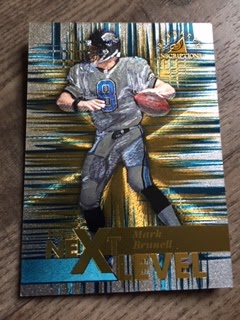 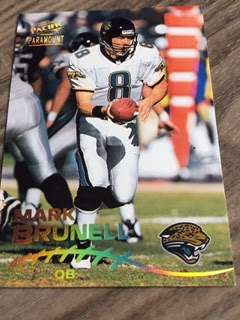 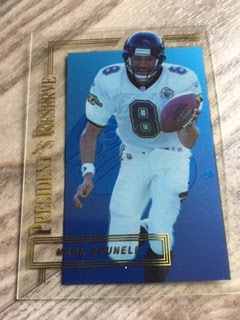 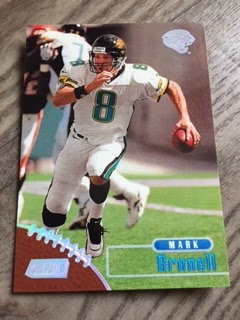 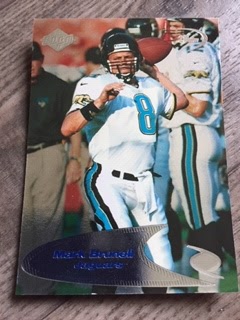 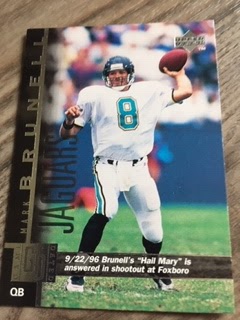 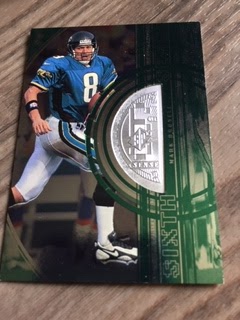 I am not sure what my total for Brunell cards are now, will have to update sometime. But, thanks to Brian for many new additions.

For me, Mark will always be a Jag. He did play for the Redskins, Jets and Saints after leaving but I don't think of him for any of them even though he did get his Super Bowl ring backing up Drew Brees. But, he also holds many of the Jags records and is in their Hall Of Fame. No surprise there. They may never have a QB do what he did for that franchise including you Nick Foles.
at October 09, 2019