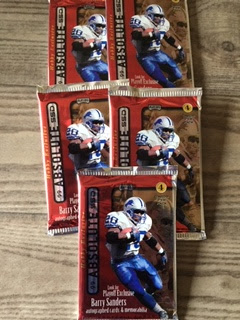 In one of my $25 A Week challenge post, I showed off these packs I recently snagged off of eBay pretty cheap. Hobby Boxes go for $95 and over and this pack lot was around $2 a pack. I did good.

So for this post I decided to rip open two packs and see how it goes. Why not them all? Well, I come to find myself holding a pack or two time to time now from my youth. Some of these packs are getting harder to find today and I want them on hand just in case I need a nostalgic rip.

Let's see how the first pack went. There are four cards per pack and chances at inserts and a possible Barry Sanders autograph. I wouldn't ever expect that. 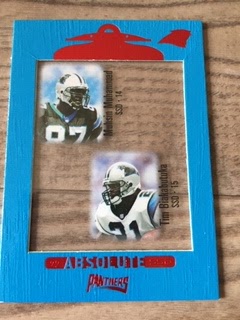 Checklist. Great looking card with the design being a clipboard and acetate window. 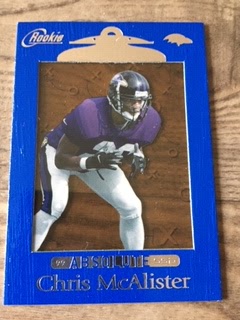 Chris McAlister could sure shut down some WR's in his day. 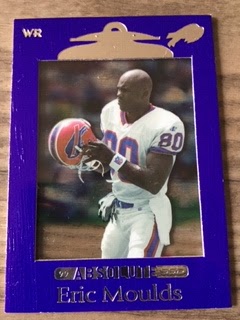 I pulled so many Eric Moulds cards back in the 90's. He wasn't the greatest player, but also wasn't too shabby. Stayed in the league awhile. 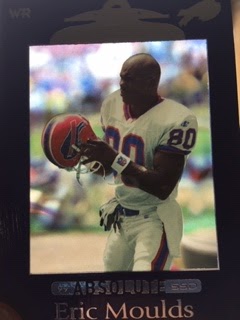 Here is what the acetate looks like being held up to light. 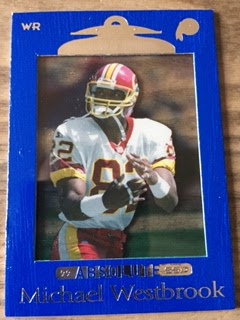 Not a great rip, let's look at pack two! 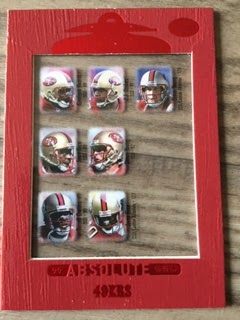 Sweet! A big time player checklist with multiple great players on it. Also red which isn't a rare one by any means as the base set comes in Blue, Green, Orange, Purple, and Red with Orange being the tougher pull of the group. 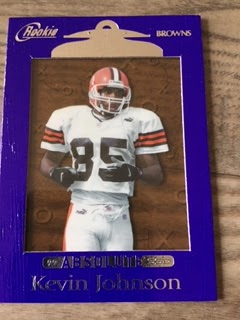 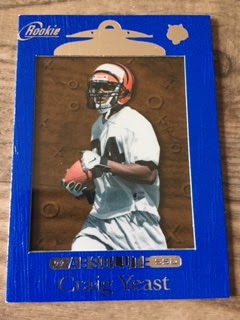 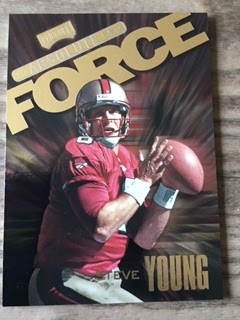 SWEEEEEEEEEEEEEEEEET 1:19 pack pull of Steve Young Absolute Force. Very excited about this one!

I gotta admit, I want to build the base set but I also kind of want to rip into the final packs but will hold out.....for now.

The trip back in time opening these again was worth it for me. Then to find a Steve Young insert on top of that, mind blown.