I am buried draft deep in mail days to post on here and trying to post them in the order I got them. So don't worry if I have gotten one from you and haven't posted it yet.

I am weeks out on some.

So to finish up one mail day, I am jumping back to my mail day from @90sNicheFBCard.

Except, it's not really finished. The rest of it will be for a new series I am creating so that will be again,down the road. I just wanted to finish up the main part of the mail day.

So let's check it out. 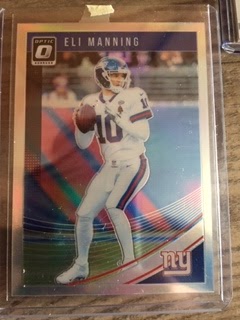 Eli holo silver. I had considered a few times chasing the Optic Eli rainbow, but backed away. 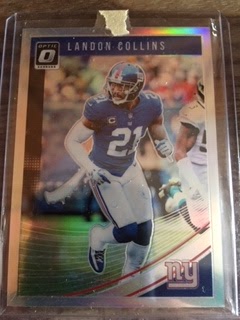 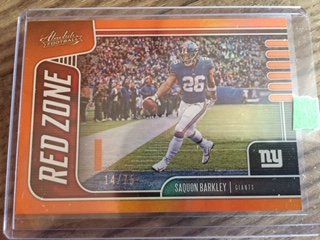 Saquon Barkley Red Zone orange parallel /75. This was one of my favorite photos of Saquon in 2019 products other than the one where he is jumping over the Bears defender. 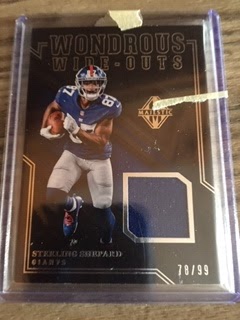 New Sterling Shepard relic.  I am expecting bigger things from him in 2020 if he can stay healthy. 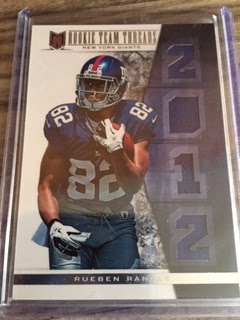 I haven't seen one of these before. Reminds me of the Leaf Fabric Of The Game where the relics run down the side. 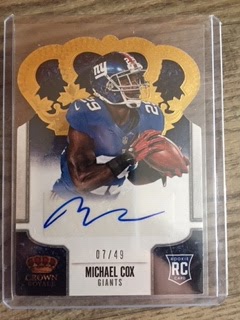 Michael Cox autograph. He didn't last long with the Gmen, not sure he made it out of Training Camp, but we have a saying as Giants fans, Once a Giant, always a Giant 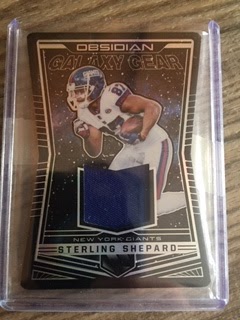 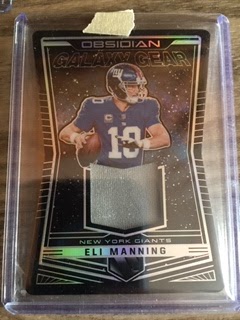 These Obsidian relics are wack! They look awesome. Its like Star Wars and football all into one and who doesn't like that thought. 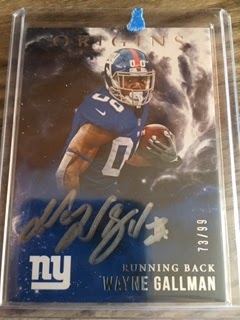 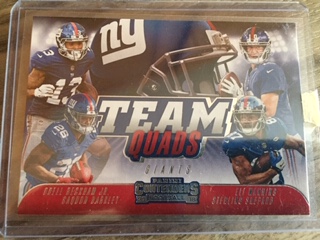 I have been wanting this card since last year, new addition to the Saquon PC. Bryan actually sent two along with one being for my Eli PC as well. 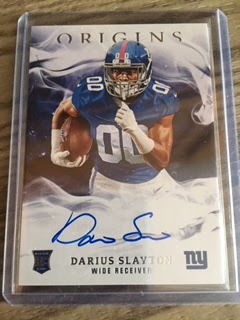 As I showed off on here before, I have a pretty good sized Darius Slayton PC and knew three more autographs would be incoming from Byran. Origins base auto. 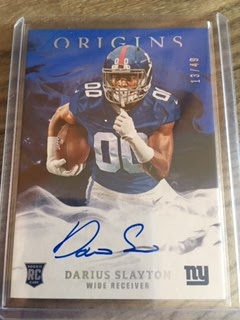 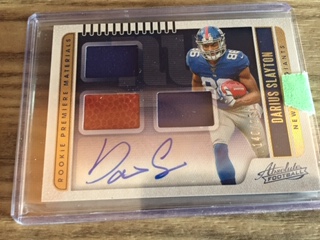 Along with this Absolute Memorabilia autograph relic cards. I wished they added a glove or sock or something else to pair with a football and jersey relic and not another jersey relic. 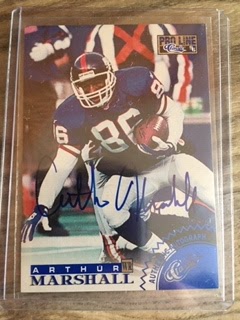 And to finish up this mail day, a dual threat at PC with a 90's autograph of a Giant in Arthur Marshall. Marshall played for the Giants from 1995-1996 but made minimal impact for the team with less than 200 yards receiving both years combined. But, I collect all Giants and really enjoy the on card autographs from Pro Line.

Thanks to Bryan for the trade again and I still have more to show when I get that new series started. As for the rest of the mail days, once again, I promise to get these all done in the next month at the very least.
at March 11, 2020