Winter can be, or at least feel, so long and grueling where I live that it sometimes it gives you the blues. Between the snow and cold, you feel like you are in a forever land of no sunshine.

I can't complain about winter fully though. I don't mind the snow up until New Years as I can't imagine the Christmas season without some white. I am not sure how you guys in Florida do it with palm trees, but I need my White Christmas like Bing Crosby.

Growing up as a child, I loved winter. I played football with friends in it, football by myself in it-I would toss the ball to myself and be both QB and WR and then use the power lines as my Field Goals as I had to kick it over-and even enjoyed some sliding down some massive hills. But, as an adult, it's not quite as much fun.

You have to shovel, you have to make sure you heater vents don't have snow blocking them, you have to drive in it, and you have to pay for fuel which feels like you are making a deal with the devil.

Winter is technically only roughly three to four months, but it feels like a year. Winter can start in November and even October some years. But it's mainly end of November thru March. It hits freezing cold January, and long drawn out February-even though it has less days than the rest-with its snow storms. Not to mention March that can be a surprise. It either gets really warm and by mid March spring begins or it has a few snow storms that drags out the process til April or May even. 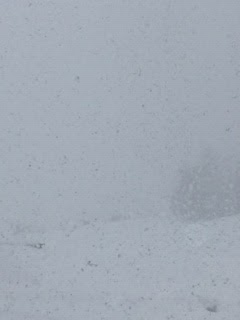 Here was one of the last storms we had here in February. Can you see out my kitchen window?...yeah...me neither. 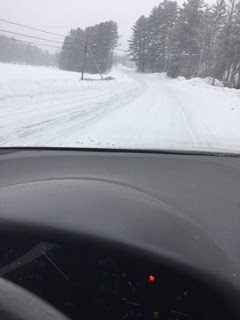 And there is nothing worse than winter driving. Going to give myself a heart attack driving on it someday.

So instead of focusing all the time on the negative facts of winter, I try to focus on non winter things I can do inside. Such as the hobby of collecting sports cards.

And nothing is more distracting then having a box of something to rip open and sort. Such is the case for me with this box of 1997 Pinnacle Certified football. 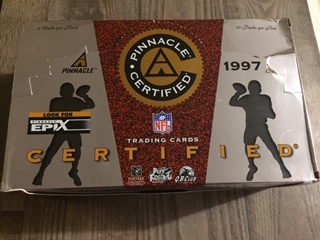 1997 Pinnacle Certified football had 6 cards per pack and 20 packs per box. You can find some boxes today between $40-$60. One of my hopes was pulling a rare Mirror Gold but I actually had a couple of Rodney Hampton needs in here as well. 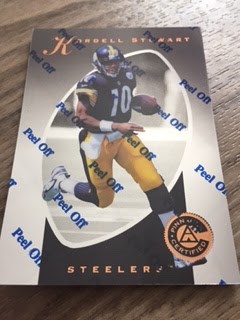 The base set was a thick foil heavy front with a featured player. The cards also have the Peel Off stickers I refuse to Peel Off. One, it protects the card and two, I feel it doesn't make the card mint anymore if you peel that off.

There are 150 cards in the base set featuring veterans and rookies from the 1997 draft. 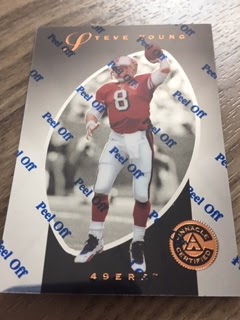 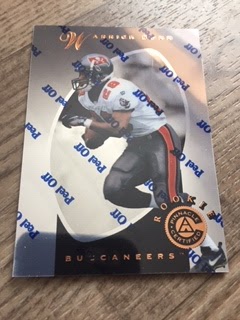 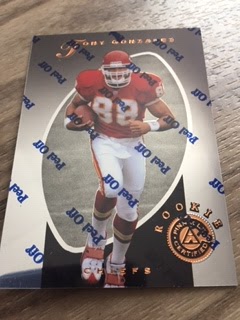 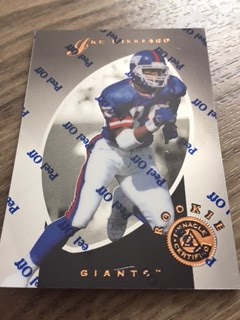 Ike Hilliard rookie. I didn't have this one for my Giants PC and I just saw he just got hired as WR's coach for the Pittsburgh Steelers. 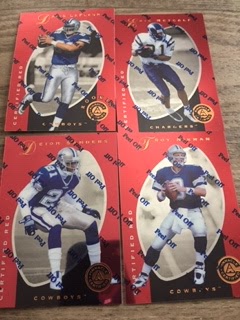 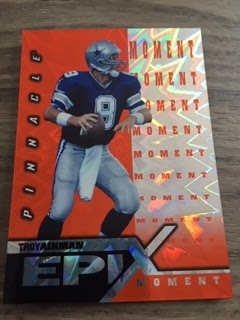 Epix! 24 cards in this beautiful set. Absolutely love these. 1:15 odds of finding one of these, so roughly one-per-box. 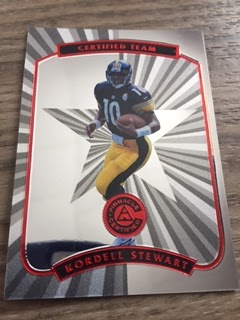 Certified Team has 20 cards in the set and falls 1:19 packs which also means one-per-box unless you land the gold version of Certified Team that is 1:119 packs. Only difference is the silver is gold. Silver and Gold, Silver and Gold....oh no...thoughts like that are only going to make this a longer winter.

I plan on building the base set and have my numbers ready, just haven't posted them on here...yet. I will be revamping the pages soon as I saw a perfect way to do it and make it easier for everyone to read them.

I would love to find another box of this down the road and maybe pull something big, but, if not, that's okay to. This box served it's purpose of getting me through the winter blues.
at March 05, 2020