Dennis over at Too Many Verlanders blog fame,is the blogger I trade the most with in the blogosphere. I also find he is the easiest as well.

We also have a few things in common which makes it easy to do trades. We both collect Ken Griffey Jr-he probably collects more him recently than myself- and we both have a love of 90's inserts. Common collecting gives you someone to send your doubles to so they just don't sit in a box for years.

We also both know how to send the "just right" mail days to one another.

Recently, I received one of those "just right" mail days from him and once again was left with a big smile on my face. Dennis is very good at strategically finding the right Giants cards I don't have and then adding in random stuff he knew I would be a big fan of.

Just check out these NY Giants to kick off this mail day, 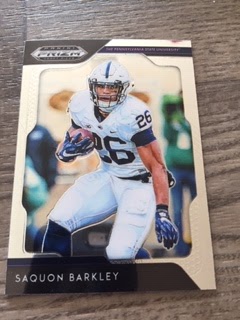 Let's start out with this Saquon I didn't have from 2019 Prizm Draft. 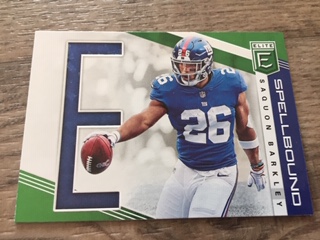 And even though I do have this Spellbound Barkley, I have them in special holders and not in my Giants binder so that's where this one will reside. 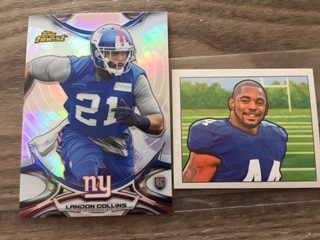 Landon Collins rookie and a Ahmad Bradshaw mini I didn't have 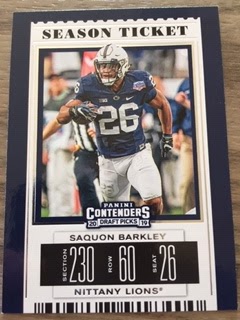 I didn't get much 2019 football so this Barkley was new as well. 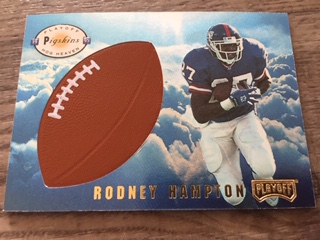 I do have this Rodney Hampton, but when a card looks this good and is from Hogg Heaven, I will be more than happy to take two. 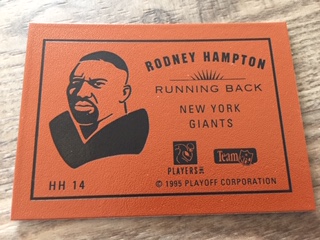 Back of the card. Card looks great front and back. 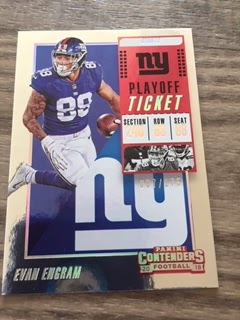 Evan Engram Playoff Ticket Parallel from Contenders. I don't believe I own a single Giants parallel from any Contenders so this is a first. 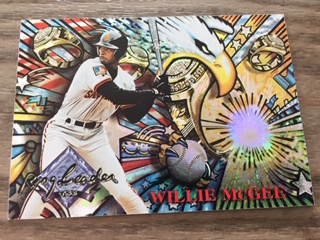 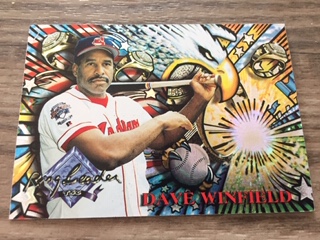 I don't own any of the Ring Leaders and have been wanting one for some time. Now I have two. Awesome! These look just as impressive up close. 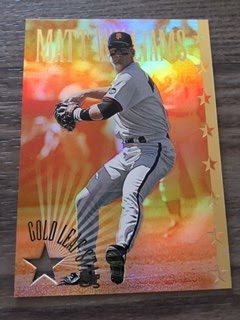 This cards shine and die cut of a star into the card brings this card to heights that no cards from today can touch. 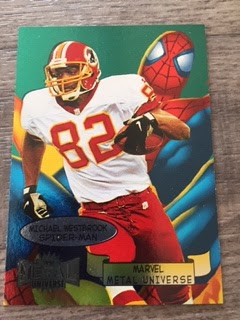 Marvel, especially Spider Man plus football cards, sign me up! 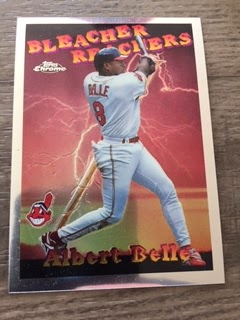 I remember when I pulled the refractor version of this of Griffey when I broke a box. That was an awesome day. I will take on anything chrome from the 90's. 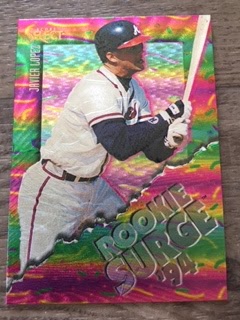 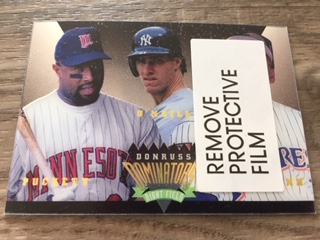 The one card from this set is Griffey but that was peeled with a few minor scratches on it. This is why folks we don't remove the protective film! 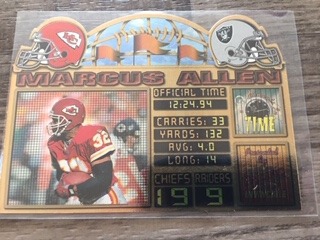 There is a Kerry Collins card like this one I still need. Once again, the 90's creativity hit new heights with every release because of the competition. Imagine what it would do to today's hobby if we had more than one license for the sports. 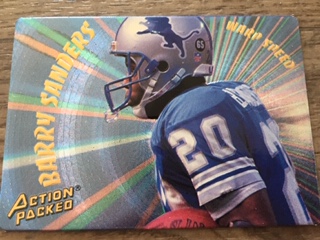 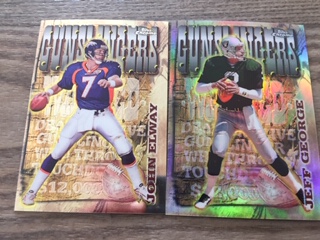 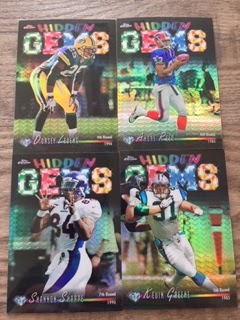 And then came these Hidden Gems in the middle of my package. Not only are they the Hidden Gems inserts but they are also the refractors of them. I will do a better job of capturing these down the road but the cards look sooooooooooooooooooooo good. I had forgotten about these until now and now I want more because of this. Wonder what that means......

This is only Part 1 of my mail day from Dennis as there is more to come tomorrow in the land of hits. Come back to see more than!
at March 25, 2020

Email ThisBlogThis!Share to TwitterShare to FacebookShare to Pinterest
Labels: 2020, 90s Inserts, Saquon Barkley, Too Many Verlanders