(to get caught up on some mail days, I am taking a one week hiatus from $25 Week Challenge this week. Hopefully it will return next Saturday)

The loud cheering from the high school cheerleaders during the time I played football rang loud and clear once again when I got my latest mail day from @CardpocalypseNC as he sent one tightly wrapped mail day that might have had the feds coming to check it out. 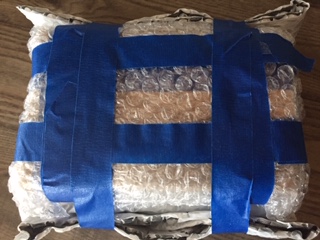 I mean, look at this. Is there cards in there or something else.. 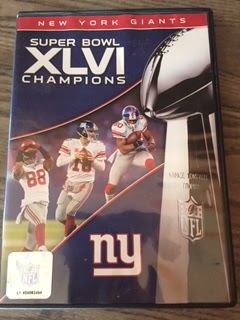 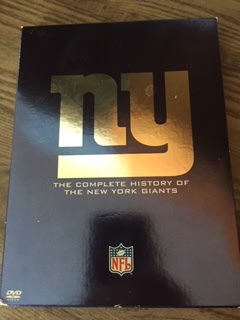 Well.....there was something else non cards in there. As @CardpocalypseNC did message and tell me at one point that he had found a couple of DVD's he thought I would like and he was certainly right.

I can't wait to take a few minutes out of my busy schedule to watch them.

Under the DVD's came the magic of cardboard. I won't be showing it all today, or probably even all in the next month as a lot of it will be covered when I have the sets talk on here again.

So for today, lets take a look at most of the other stuff Tim passed along. 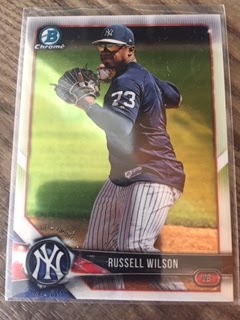 If you don't pay attention to my Top 25 Most Wanted list, you would have seen this card was on there. Since I found out Russell had a Yankees card in Bowman Chrome, I wanted it. Tim ended up with two copies and so nicely sent one along to me. 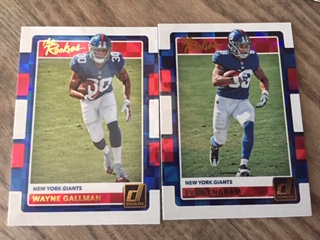 Wayne Gallman and Evan Engram The Rookies inserts. I still say that Donruss is a very underrated Panini product for all sports they do it for. 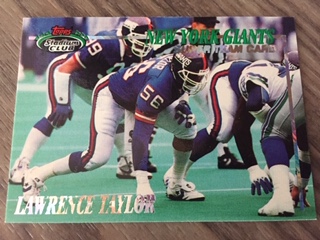 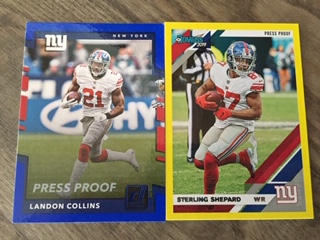 I think you guys may have heard of this guy. Been needing a few more Zions  and @Cardpocalypse came through for me. Still in need of the base rookie.

And here is just a sneak peek at my newest PC, RJ Barrett. Tim sent along a couple more for it. 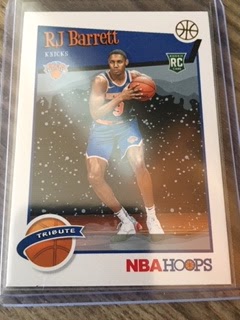 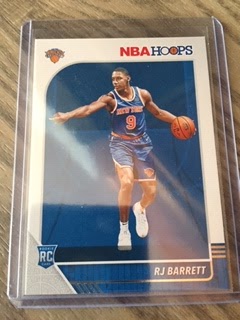 and the base rookie as well.

I will have much, much more on this blossoming PC in the upcoming days.

In the meantime, thanks to Tim (@CardpocalypseNC) for yet another awesome trade and sweet additions to my collection. There is more to come from this trade with Sets Talk, Rodney's Cardboard, and even a Kerry's Cardboard as well.
at March 14, 2020