Can't believe all of the dirty sets talk I have had on here now as we have approached post #40 in this series. I hope you guys have enjoyed the ride with my set updates as well. By looking at the numbers, I would say no, but hopefully you actually have been.

Don't worry though, there is an end date to this series and the daily double posting. Just trying to help us all get through one of the hardest times our country has faced in some time and what better distraction than reading/discussing cardboard.

So let's get to doing that instead. 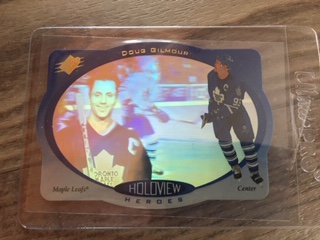 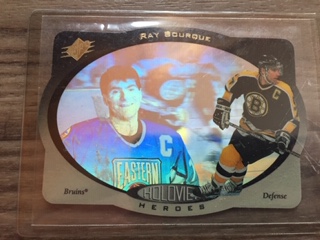 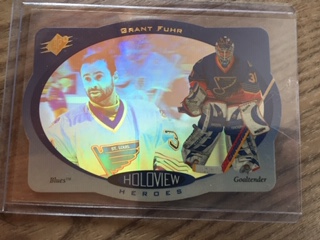 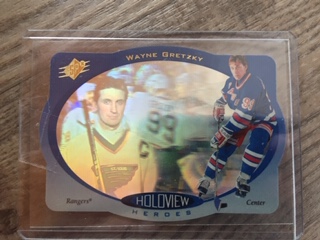 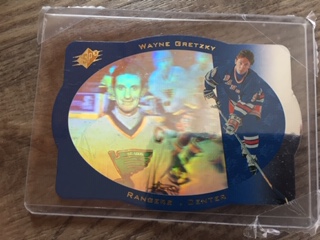 There are 10 cards in this insert set and I found a four card lot and made a really cheap offer. To my surprise, it was accepted. Did I mention this lot had the hardest card in Gretzky in it?! Now I only have 6 more to go. Here is what I am missing,
2,3,4,5,6,8

Hopefully can narrow those down soon.

Up next, an extra insert in Great Futures in which now I picked that up as well cheap. 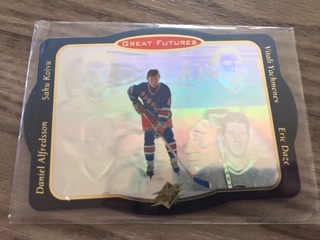 It features Wayne and four prospects

And speaking of Wayne, well, here is the special Wayne Gretzky Tribute insert 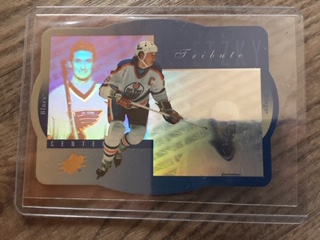 This one looks so much better with the double hologram goodness in comparison to the other sports where it was just one featured.

All that stands in my way now is the few Holoview Inserts, the gold parallel set and the Gretzky autograph. I do have the Gretzky promo card on the way as well.

Still a mountain to climb with this set and any help is appreciated!
at March 28, 2020