This is a new segment on here that will pop up on occasion when I am able to add a childhood toy I once had.

We kick off this segment with two figures from 1992 when I was at the ripe age of 9.

I was a huge TMNT geek. I didn't miss a single episode of turtles when they came on and I had the theme song down pact. When I used to play with my friends on recess, we knew exactly which turtle we each were.

Blue is my favorite color so I had no choice but to be Leo. Who is also the leader which I was fine with as well.

Despite my love of the turtles, I didn't actually own a lot of the figures because I came from a poor household, but I learned to play with and treasure what I did have. And I also had my friend Brian who had a ton of great stuff I would go over and play with his.

One of the more unique figures I owned was a 1992 TMNT Mutations of Leo. What is a Mutations? Well, it's a figure that you can mutate from a turtle to a ninja turtle or a ninja turtle back to a turtle.

Just give this YouTube video a watch and you will see what I mean.

Since I already had a regular Leo, I treated this figure like it was his evil clone that the Shredder created. They did some great battles however the final battle was a loss as they were sold off when I moved out.

That's when an eBay likes you attack you on Facebook. I have no idea how or why, but a sponsored ad popped up for these turtles and was definitely focused on me. It made me jump back for a second and realize I had forgotten all about them.

The lot that popped up didn't have Leo and mind you I have never mentioned TMNT on Facebook, which makes it more creepy, but I had to click it and found out it was a two turtle lot ending. So what did I do, obvious, I put in the only bid and won.

The lot included two of the turtles and one accessory. 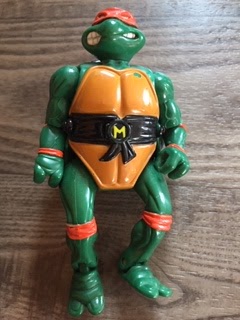 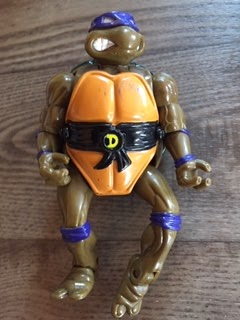 And Donnie with even less 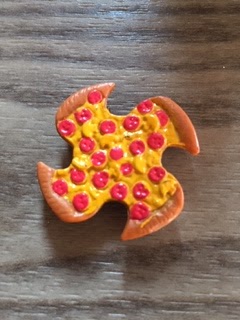 The one accessory. I believe each turtle came with a weapon and a small vile of "mutagen" which wasn't included with this.

With them in hand, there was really only one thing I should do... 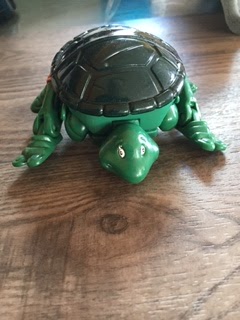 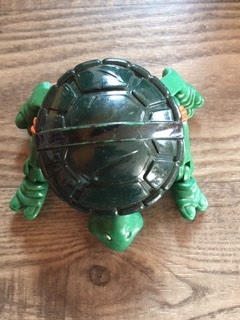 It took me a few minutes to figure out how to mutate them and even longer to mutate it back but I managed to do so.

I will probably keep these in storage with the rest of my toy adds until I can find a perfect spot to display them all.

What will I add next and when....well...you never know!

In the mean time, you can find my childhood toy wants HERE.