Cut To The Chase

Now that I have been showing off my RJ Barrett PC, I think it's time I cut to the chase about an incident I had along the way.

When a seller cut the price of a RJ Barrett Prizm rookie card, which is his clear cut rookie card to have, I decided to cut the rug and jump on it.

A few days later, the package arrived, I wanted to cut loose and open it. However, the seller taped up the package really tight and didn't cut corners on doing so. The only option was to use scissors carefully to cut it open.

So I proceeded to do so....very slowly just to make sure I didn't....wait that part of the...oh no..that wasn't envelope...I think I just cut in to the card. 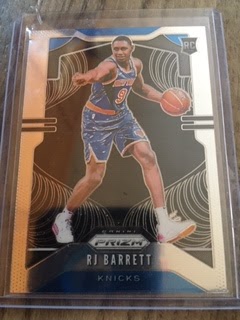 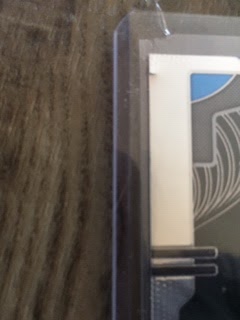 I pulled the card out of the envelope after carefully cutting through the rest of the envelope and it revealed I had fresh cut the card. The seller never put it in a toploader or in a team bag but yet shipped it in a bubbler that way. I almost cut the cheese after seeing it knowing I threw my little bit of hobby funds I have down the drain.

I wanted so badly to message them and tell them of their short cut, but I cut the cord and decided just to cut my losses and find another one.

Which I did and didn't get it from a cut rate seller.

Even though I had to pay a little bit more, it was worth it to get one that was actually safe from being damaged. This time I actually made a clean cut on the envelope and was able to hold the card in mint condition.

Let me know if you have ever had a situation like this before in comments. I would be curious if it was a cut above my experience.
at April 02, 2020