It's that time again, time to show off my latest autograph addition and this one was a big one for me.

Since the beginning of Eli Mannings career, I have been wanting to add an Eli Manning autograph. But, prices were way too high and I could never find one for trade anywhere.

Well, finally one popped up at a reasonable price and with some magic, I was able to snag it.

To my surprise, the card also came along with some bonuses. 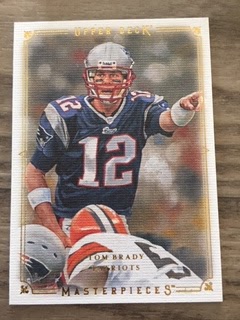 First was this Tom Brady Masterpieces. Boy, did Upper Deck do good for football. Wished we could see that again. 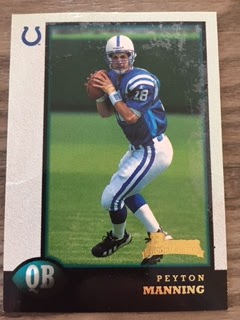 then came the big surprise, however, it was damaged. A 1998 Bowman Peyton Manning rookie that apparently stuck in the pack to another card. 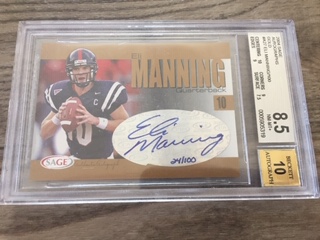 And then came the card I wanted, a 2004 Sage Hit graded gold Eli Manning auto /100. I know it's Sage Hit and all, but it's still my very first rookie autograph of Eli after 16 years of wanting one.

I need to update numbers to see where my Eli Manning autograph is at, I believe 7 or 8, but getting closer to my goal of 10! I would like to add a real rookie autograph at some point down the road but am happy with this one for now.

Well that ties up another week and another autograph shown off.
at May 23, 2020