Autograph Of The Week:Eliza Dushku

Eliza is not only stunning, but she played on some shows and movies I watched with my wife over the years.

The first thing I saw her in was Bring It On. Cheerleaders plus Eliza....

She also starred on a great TV series on Fox called Tru Calling which is where I saw her the most. She played Tru Davies who could talk to the dead and save them by re-living her day and preventing that persons death through a variety of clues. The show ended long before it should have after two seasons.

The show also had a great theme song. Go ahead, look it up! 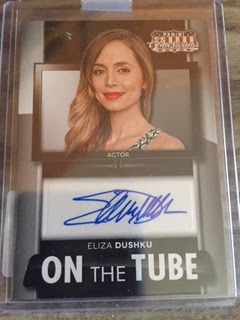 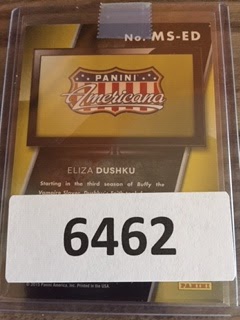 I made an offer to the seller and he accepted almost immediately. I wished I had offered less in that case. Eliza's autographs are really hard to come by and you don't see too many out there listed.

Upon looking her up to see what else she played on, I had no idea she was on Buffy, Angel or True Lies. I do remember her in Wrong Turn.

This autograph will also mark the final one in this series as I don't have anymore incoming but it sure was a lot of fun posting these!
at August 01, 2020