My Twitter buddy @NormC61surprised me again with a good handful of Knicks love. Most from the era where it mattered most as a Knicks fan and not the sad state of the franchise today. Though I do like RJ Barrett quite a bit and have been PCing him since the draft. 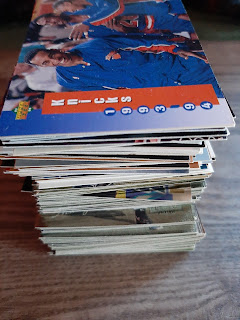 Here is that healthy stack of Knicks. Can't show em all, but I will focus in on a few spots. 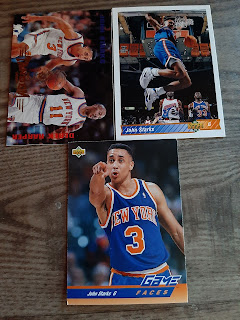 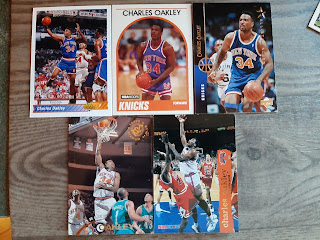 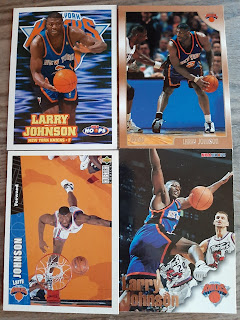 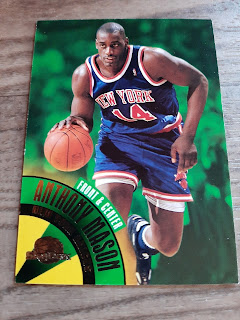 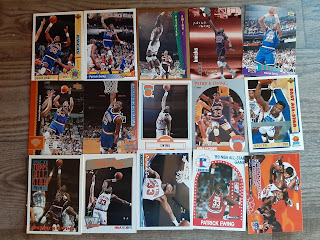 I was Ewing'ed. I just wished he could have won a title with the team. Other than Allan Houston and John Starks, Ewing is in that three-way tie for favorite Knick all-time. I hope to land an autograph of his someday. 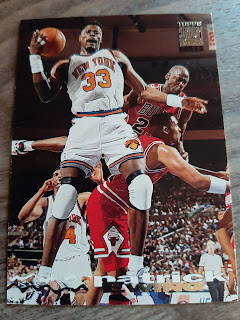 Another Ewing and what appears to be MJ getting nailed in his...well.. you decide. 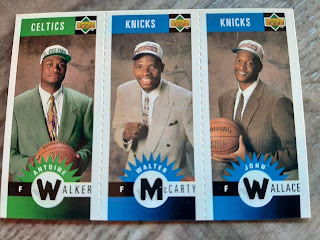 The two Knicks on here didn't do much with their careers, but Walker did. And I simply love this card for the nostalgia factor it has for me.

I am also addicted to Fleer Metal from the 90's and Norm has been sending me all he can find. 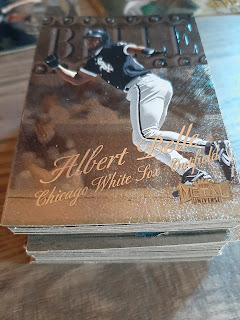 A sweet stack of base here 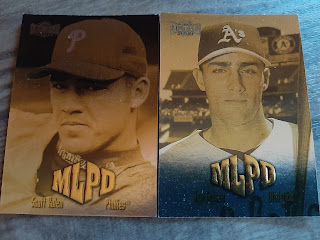 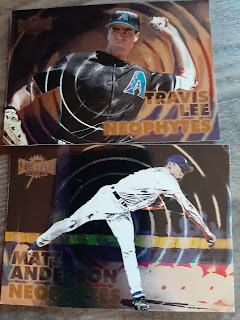 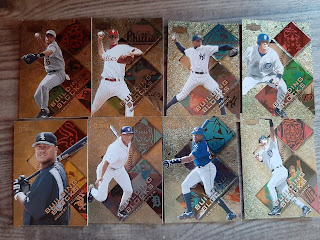 And rookies called Building Blocks. These sure are sharp!

Thanks again to Norm for the mail day and covering more of my PC and giving me something else to write about that isn't a set need post.
at September 06, 2020