The Giants had a great 2012 draft not only grabbing WR Rueben Randle but also snatching up David Wilson from Virgina Tech in the first round. Sadly I didn't get to see all he could offer as his NFL career was cut short due to career ending neck injury. Who knows what would have become of this speed demon if he had been able to play.

One thing that I will always remember about his career and it was also captured on cardboard was his double back-flip after scoring a TD against the Eagles in 2013.

But here is some new exciting cardboard I added to my collection. He is always a Giant to me and I wish him tons of luck on his upcoming attempt in his new career of track and field. 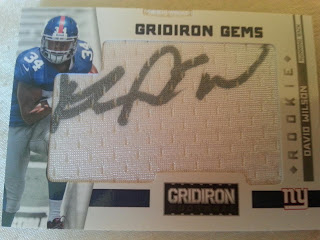 Once again, red, gold and black, no I am not talking SF 49ers, I am talking about how beautiful this card is. 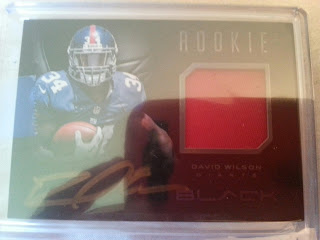 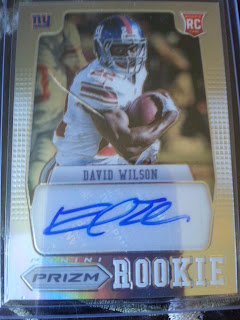 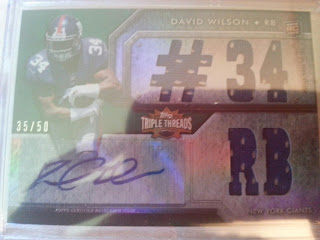 I only owned a couple Wilson autographs before this so adding four new ones is awesome.