Alright, I have some explaining to do. Yes, this segment is called, Reminiscing 90's. Yes, this is a toy from 1988. Yes, I do know the difference between 90's and 80's. However, I am making a case for this toy and keeping the segment still 90's because I watched the show mostly in the 90s and it ran from 1986-1991. So in order to make sure I do this right, I am keeping the toys as their real years, but I am coming up with random year of either 1990 or 1991 for the posts. That way it's as close to realistic as I can get and keeping tradition going with the posts.

I think my timing on this upcoming Ghostbusters mania is good due to the new movie releasing this year. I still don't know how I feel about that movie yet as I am one for originals, but we will see.

Thanks for reading and enjoy!

Peter Venkman was known as the leader of the Ghostbusters by some, I still think Egon was as I put in my previous post, but he was known for his quick wit and cynical demeanor. Not to mention his liking of the ladies. In the movies he was portrayed by the great Bill Murray and on the Real Ghostbusters cartoon he was voiced by Lorenzo Music and then by Dave Coulier.

I got this toy as part of a lot I purchased on eBay. This one is missing a few pieces, but still a cool piece and in pretty good condition. 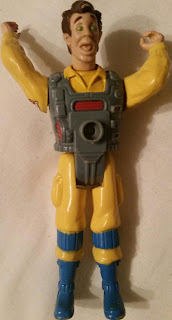 FEATURED CARDS:
So when I had to come up with a theme for this one, I thought some cards that may display some of Venkman's qualities may help.

Bo looks like he may had spotted a lady friend... 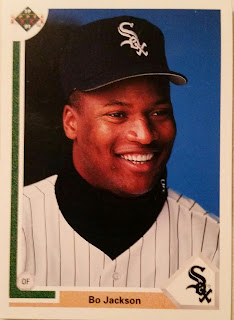 Tom Glavine looks like he will have a few witty words to say after this slide. 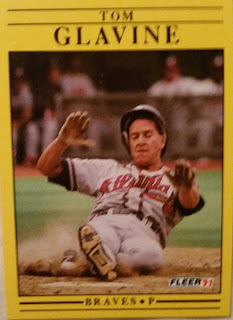 John is seems to be holding a low opinion of his defender as he is driving right by them carrying the basketball like a football. 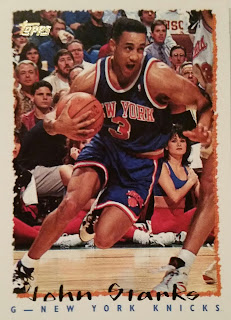 Drew appears to be very pessimistic about making his jump or having fun trying to do so. Look at his fake smile... 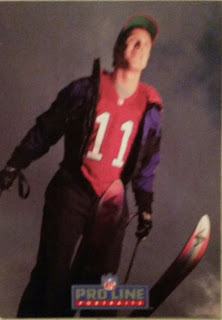 What other cards would you have included on here? You can link some in comments if you would like. Which players do you think had the personality traits of Peter Venkman in the 90's? Can't wait to hear that.

Thoughts on that and today's toy are always welcomed!
at April 28, 2016