The product features an action shot of a player, in this case Rodney, printed on top of a double-foiled double-etched card with a die-cut gold crown. Player position, name and team logo also appear on the front of the card. Overall, it's very easy on the eyes. 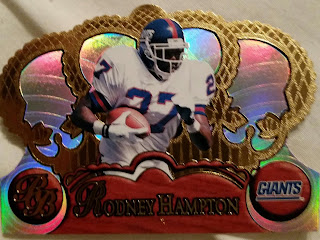 The back isn't too shabby either. Player photo with helmet off and same layout as the front. However, no player stats which are a bit of a loss as I like to see at least the season or two before. At least the write-up is good and the front of the card will be the main focus here anyways. 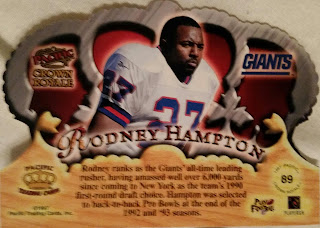