The  Summer Of '74, where was I, well, I don't really know. It all depended on where my parents were as I wasn't born yet. However, I was alive in the 90's where a good portion of the prizes in The Summer Of '74's Basement Fun Game came from.

My pick was late in the game so there were many prizes I could have stolen before me and almost did, however, I decided since #10 was still open and it was Eli Manning's number that I would snag that.

Happy that I did.

My prize reveal were mini helmets in what was once the old AFC North division in the 90's. These particular pieces were from 1997.

What I appreciate most about these is the memories of watching these teams play and their "throwback" helmets.

The Houston Oilers. I was never a huge fan of theirs but their helmet was kinda cool. I can still picture Steve McNair running around with this on. They are now the Tennessee Titans. 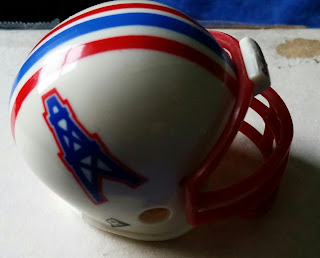 The Jacksonville Jaguars surprised everyone in the 90's under Tom Coughlin as they upset teams and made a deep playoff run. The franchise has been a sad place since then, but this year they look pretty good. If only they had a top notch QB they could make a run again this year with that defense. 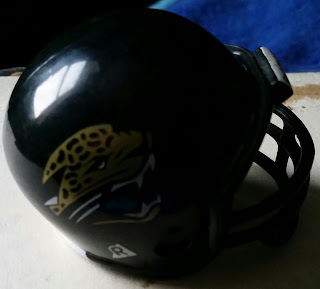 The Bengals haven't changed much over time. On the field or their helmets. Ouch, that was a bit mean. 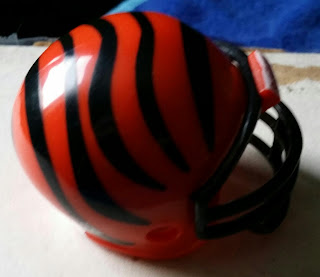 The Steelers are a proud franchise that you always expect in the playoffs. I hope this year they can take down the Patriots. 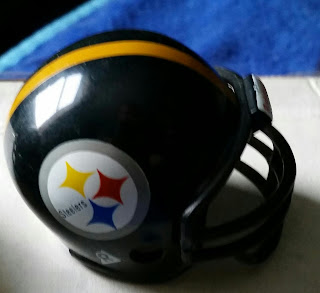 And finally, some of you may not recognize this but it's the original logo on the Ravens helmet. This was a super cool one. It's amazing that a franchise that was once the Browns has faired so well over the years. 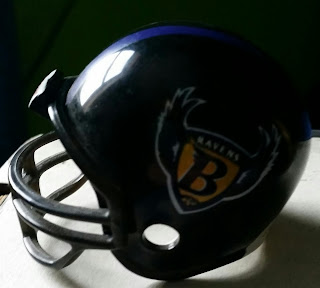 Speaking of surprises, not only did he send the helmets, but how cool was this to find on top of the package?!?! TTM auto of LT. Wow! Blown away. It's the kind of blown away you get after eating KFC/Taco Bell. I asked him on Twitter about if it was really signed and he said rumors were they weren't quite sure if LT signed them himself back then. Either way, great card and my first LT auto that for now I will count as real unless I can get complete confirmation either way. 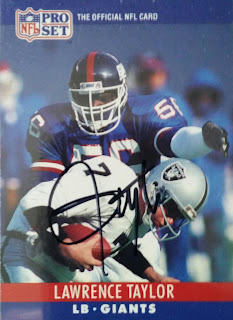 Also my first Harry Carson. Another Giants great as well. 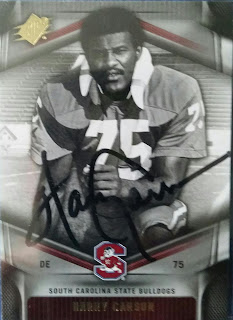 A big thanks goes out to The Summer Of '74 for the mail day and contest. I really appreciate it. If you haven't checked out his excellent blog, please do so HERE.
at December 05, 2017