Well, that was a very long Bye Week without football, but I at least got to see the Redskins and the Cowboys both lose during it so that was all solid to me. Today the Giants face the SF 49ers on MNF and I don't have a feeling either way on how this game is going to go.

I do have Odell and Saquon on my fantasy team so at the very least I am hoping for big time performances by them. But, it would be nice to see a  win as well. I know other fans just want them to lose to get a top draft pick, but who wants that? I want to see wins. I don't care about drafting for next year. Any fan who roots against their team to lose so they can get a better draft position simply isn't a true fan.

Speaking of Giants fans, @Brent3323 is a fellow one as well and did a "fire sale" with his Giants cards recently. I couldn't buy, but we did work out a great trade that benefited us both.

Lorenzo Carter is increasing his playing time. Now I finally have my first rookies of him. Need to find an autograph now.

Evan Engram has been a disappointment so far this season so hoping he will pick things up in the second half of the season. 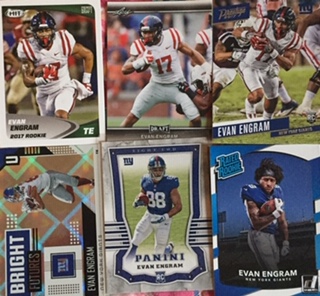 Sterling Shepard has played well at times and Wayne Gallman hasn't looked as good as last years version. Not sure he makes the team next year. 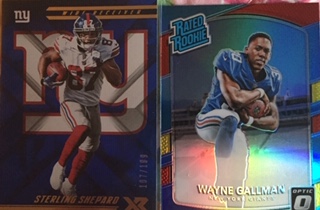 Victor Cruz and Landon Collins. I can't believe the Giants actually considered even trading Collins at the deadline. He's the guy you need to build that defense around. 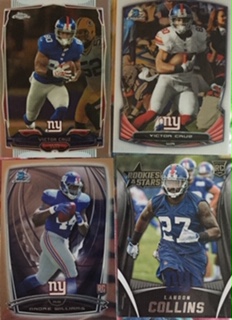 Saquon! Three more gets me closer to 40 total cards.

The Shep. I haven't seen these Majestic cards before. 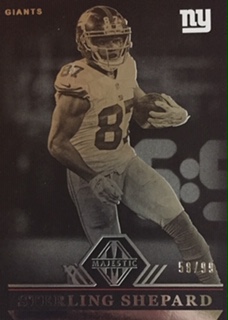 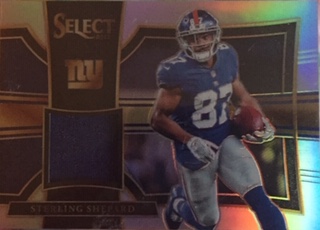 Davis Webb isn't a Giant anymore but it doesn't stop me from adding more of him as long as it's in blue. 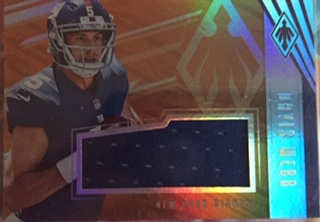 Same things for Akeem Ayers. I like first time autographs for my collection. 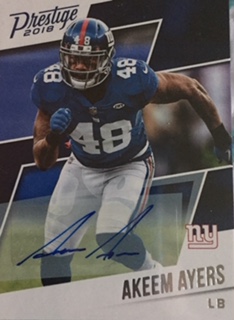 Tyler Sash had some up and down seasons but that's what its been like for the Giants at safety besides Collins. 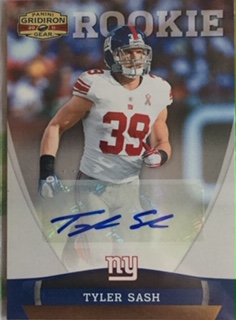 Da'Rel Scott made appearances on cardboard and that was about it. 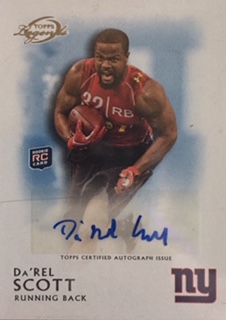 Same goes for Owamagbe. Off the field issues cut him from the Giants fast who don't deal with that. Well, except for Odell but he is a different being. 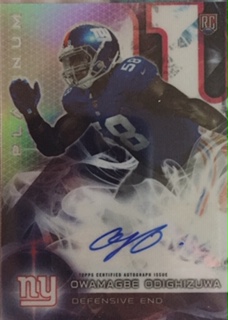 Jerrel Jernigan PC gets a nice addition to it. I liked Jernigan on the Giants. He showed some serious game towards the end of his career which at the time I thought was his lifting point to make the team. Oh well. 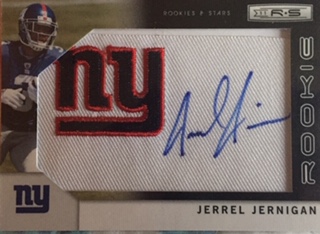 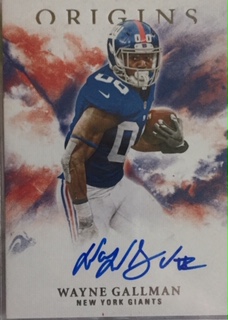 I liked this sharp card! 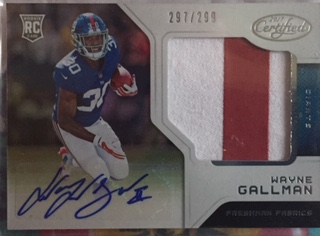 And to end this mail day, Super Bowl 47 hero Mario Manningham who made that incredible sideline catch. I still don't know how he did it. Both the throw by Eli and the catch by Mario were spot on. 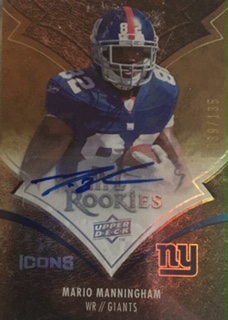 Thanks to Brent for the new Giants adds!

Well Big Blue, I am staying up late for you tonight. Please give me a reason for watching.
at November 12, 2018