The Origins Of A Cardboard Addict: It's 3am IMust Be Sorting

She said it cold outside and hands me my winter coat
She always worried about things like that
She says go grab a box of cards and something for her from Walmart
And I only shop when it's snowing.
Then I come home late, and did some busting.

And I said baby
It's 3am I must do some sorting
When she says baby
Well I can't help but be quite so I can sleep
I turn on the fan to give her some white noise, I am gonna get this done I believe it.

It was mid to late 90's and on my off nights from school or on school vacation, I would stay up either late or get up very early depending on how I felt. I remember staying up plenty of late nights sorting cards or getting up very early the next morning, sometimes at 3 am to do so. I was never sure why I ever got up that early, but I did. It wouldn't actually be much longer after that when my mother would wake up because my father was a farmer at the time and that's what they did.

So there I was sorting cards at 3am, having a cup of coffee (I probably shouldn't have had that under the age of 10 but who was I to complain) and eating fried eggs with toast. Back then I liked my eggs runny but today I wouldn't touch them that way. Has to be cooked thoroughly now.

You learn so much as you get older and your tastes and texture wants change.

The memories of doing this was recently revived when I spent this past weekend, not at 3am but more like 6am, doing an overload of 90's card sorting. I have been working on pulling cards out of boxes of sets I want to build, putting them by brands into piles and then having to sort them all by number.

🎶🎶🎶
I did a little bit of sorting, gosh it's better than nothing.
And the color and size of the stack of the cards, I hoped I had them all
I swore I had more cause the stacks weren't quite as high as I was used to
🎶🎶🎶 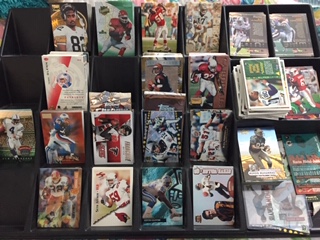 I can't remember a time I was this excited about putting sets together. Well, I can. It was the 90's when I last cared about doing base card sets. Today's products just can't touch the magnificent ones put out back then and I will be posting each one of these products on this tray in a series for further breakdown along with the memories I have with each one.

My thought to be small project took actually two weekends to accomplish and for the first time in many years, I reverted back to a system I used a lot of in the 90's. 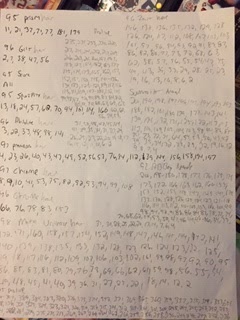 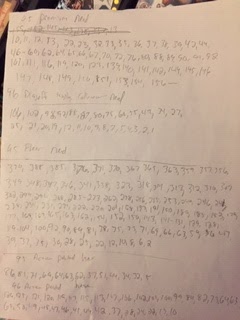 My chicken scratch handwritten numbers. I haven't done this in years and years mainly because I don't do much in terms of set collecting anymore. Usually I don't do sets or the few that I did, I used this computer and entered them. But with so many numbers to do, I hand wrote them all but they will end up on here at some point to see if I can get some help from you guys to accomplish them.

I believed that sorting was something I was used to
And the more cards came in for days and days
I think that happiness is to get this all cleaned up
But, in the mail box, more came in

If you didn't know by now, you must have picked up on the part I was listening to 3am by Matchbox Twenty while I did this sorting. I am always 50/50 on what I will put on while I am sorting. Sometimes it will be a sporting event for background noise or I will dig out a CD I haven't listened to in awhile. This time I felt Matchbox Twenty fit the bill. 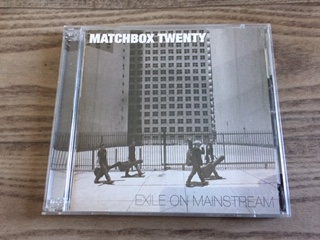 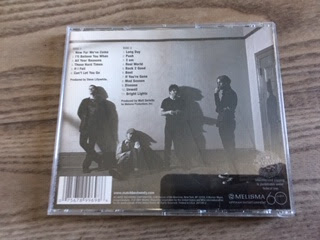 I originally had multiple Matchbox Twenty CD's, but I had combined them all down to a greatest hits album to save me some space on a shelf. There were so many great hits I can't even list them all on this CD. Other than 3am, one of my favorites was Back 2 Good and I would listen to that on repeat multiple times.

I am glad to finally have most of the base sets from the 90's I want to complete ready to seek out wants for, but there are still some I will uncover another time. I also still have a lot of 90s insert sets I need to put together as well. I just know when it comes to sorting and re-sorting, it never ends and probably getting up at 3am to do so would be a great idea if I am ever going to get it all done.

And I said baby
it's 3am I must do more sorting
when she says baby
maybe this time I should help and I said you would be scared of it cause sometimes it's even more than I can handle.

Email ThisBlogThis!Share to TwitterShare to FacebookShare to Pinterest
Labels: 2019, CD, Matchbox20, Sorting, The Origins Of A Cardboard Addict