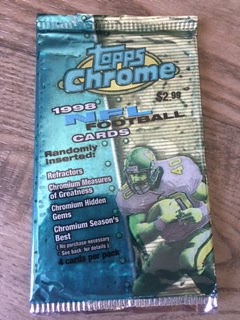 Well, my obsession with ripping 90's packs came to a all-time high when I was able to rip a pack of 1998 Topps Chrome football. Probably one of the most sought after Topps Chrome football products because of it's rookie class. You have Randy Moss, Charles Woodson, Fred Taylor and of course Ryan Leaf. Ooops, I mean Peyton Manning. I think the Chargers were thinking the same thing.

Don't be fooled by the pack price of $2.99 on here. They don't go for that anymore. I landed mine for $10.99 which is a high gamble to me for 4 cards but it was a time traveling risk I was willing to take. Did it pay off or get my money back? Well you can be the judge of that... 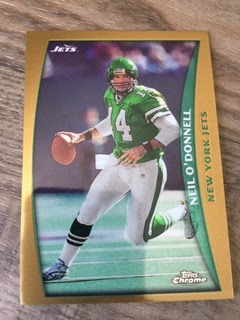 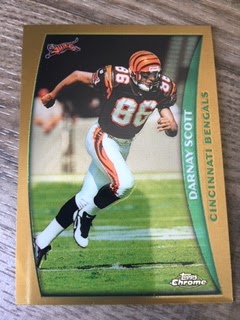 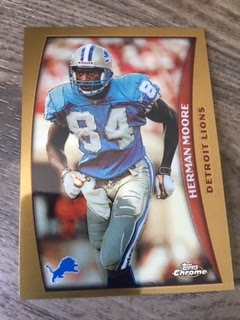 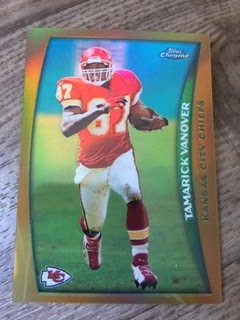 And a little bit of boom in this pack. Refractor!! Only two per box and I found one in a pack. Stoked!! 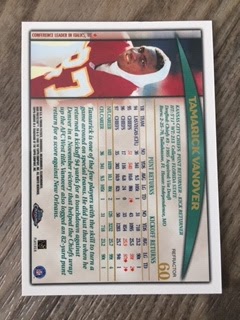 You can see the word refractor by the card number on the back. Vanover didn't really pan out but I think it's a great pull still.

Overall I was happy to spend the money on this pack. Brought back some memories of my father and I ripping tons of it and I got a refractor.

Also this is the start of my set chase as well. I do have a Peyton already so I knocked the big one out. Now just need the rest of the set which you can find my set needs on this link, 1998.
at September 07, 2019