Awhile back, Jon over at A Penny Sleeve For Your Thoughts blog mentioned that he had grabbed a few packs for me at a sale he went to.

He recently sent me those packs along with some sweet 90's add ins. 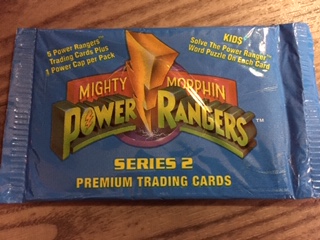 As everyone who has read this blog for awhile now knows, I am a huge Mighty Morphin Power Rangers fan and the packs he found were right up my alley. I haven't ever busted these or seen them so this should be a fun rip at some point. Have been thinking about saving them for Christmas then revealing the contents on here. The Series 2 pack above comes with a Power Cap, POG as we called them in the 90's so that should be awesome. Fingers crossed for Kimberly or Tommy! 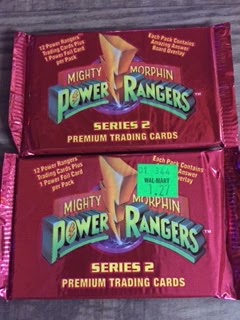 This Series 2 pack, I assume one is hobby and one is retail, comes with a foil card per pack. Even sweeter.

Jon then proceeded to send along some Spx Finite football cards from 1998 I forgot until I got them that we had discussed in the past he had some extras of. 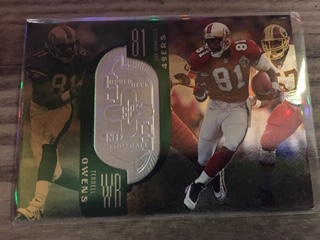 The 1998 Spx Finite isn't on my full radar, yet, unlike the 1996-1998 releases that were full of hologram awesomeness but who knows. I can't predict where my mind will drift off to next. All of the base cards in that set were numbered.

I think the cards looks nice in terms of layout, design and a touch of foil. Just would be a hard set to chase being all numbered and having Peyton Manning in it.

Not to mention this set has layers to it.

Like I said, a lot of layers. Each base card also had 2 parallels.

Let's take a look at what Jon sent, 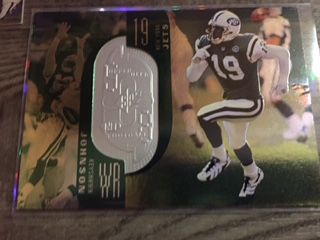 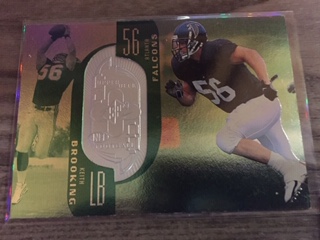 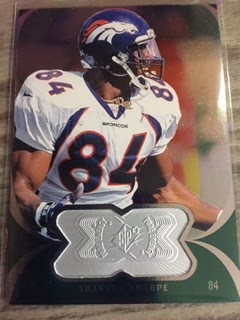 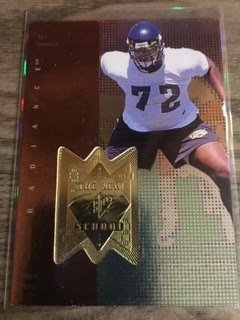 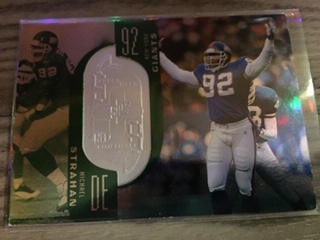 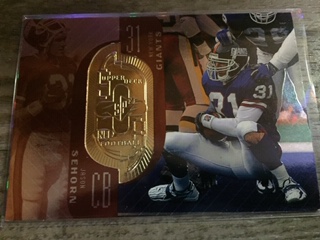 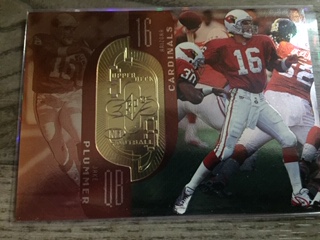 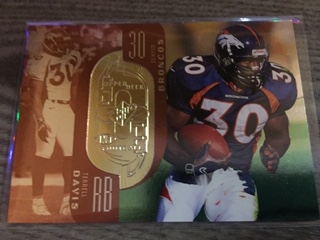 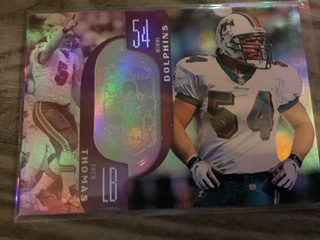 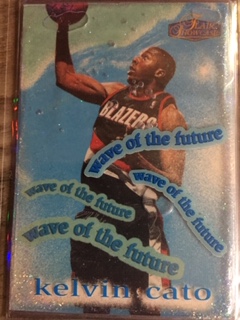 And Jon must have seen how much I liked the Kelvin Cato he posted. These Wave Of The Future cards with liquid in them are pretty sharp.